Both administrative causes of action and court proceedings are available under Danish trademark law.

Opposition proceedings are dealt with by the Danish Patent and Trademark Office (PTO) as administrative proceedings.

Applications for cancellation of registered trademarks may be dealt with by the court or the PTO.

A request for cancellation may not be filed with the PTO if any proceedings are pending before the courts. By contrast, either party to pending proceedings at the PTO can initiate court proceedings on the same matter (save for opposition proceedings); the PTO will then stay the administrative proceedings until the court has issued its decision.

The most popular form of alternative dispute resolution in Denmark is arbitration, which is regulated by the Arbitration Act (05/2004), as amended up to June 24 2005 (Consolidated Arbitration Act 553/2005). The act implements the 1958 New York Convention on the Recognition and Enforcement of Foreign Arbitral Awards.

The Danish Institute of Arbitration is qualified to deal with both national and international matters, including trademark matters.

However, arbitration is rarely used in trademark disputes or in any other IP disputes, and it requires consent – either contractually or ad hoc when the dispute arises – from both parties. Arbitration costs are higher than those of court proceedings.

Unlike the EU Intellectual Property Office, the Danish PTO offers no mediation service. That said, under the Administration of Justice Act, parties to civil court proceedings can request the court to appoint a mediator, in which case the parties enter into judicial mediation.

The appointed mediator is usually a lawyer or a judge. Despite the mediator being court appointed, he or she has no enforcement powers and cannot act as a judge in the case subsequently.

The parties can at any point request for the mediation to end and continue litigation. The court covers the cost of the court-appointed mediator.

Mediation is rarely used in trademark disputes in Denmark.

The Maritime and Commercial Court is the court of first instance in ordinary court proceedings relating to EU trademarks.

The district courts are generally the courts of first instance for ordinary court proceedings; however, a case involving national trademark rights may be brought before the Maritime and Commercial Court provided that:

The possibilities for forum shopping are limited with regard to subject-matter jurisdiction: as explained above, if the matter involves national trademarks the district courts are generally the courts of first instance for ordinary court proceedings and the Maritime and Commercial Court is also competent if the abovementioned conditions are met.

Forum shopping is also limited in relation to territorial jurisdiction when the case involves national trademarks. Thus, court proceedings must, as a general rule, be commenced before the court of the defendant’s residence.

However, the Administrative Act provides some exceptions – the most important of which is that proceedings can be commenced before the district court where the infringement has taken place. The ‘tort jurisdiction’ exception does not apply if an infringement occurs in a contractual relationship.

Forum shopping is possible with regard to neither subject-matter jurisdiction nor territorial jurisdiction if the case involves EU trademarks. In such cases, the Maritime and Commercial has exclusive jurisdiction at first instance.

Under the Trademark Act, any person or legal entity that intentionally or negligently commits trademark infringement is liable to pay reasonable compensation for the exploitation of the trademark and damages for any further injury caused to the mark owner.

Damages and compensation are awarded based on the Danish liability standard (culpa). Liability under the Trademark Act corresponds to the general principles of liability in tort, requiring negligence, causality and adequacy.

When granting compensation and damages, the courts must take into consideration any loss of profit suffered by the injured party and any illicit profit gained by the infringer. In practice, however, the compensations and damages granted are usually inadequate – often not even matching the infringer’s profits.

Injunctions are among the most efficient and commonly used remedies under Danish law in relation to trademark infringement; they are governed by the Administration of Justice Act.

The Administration of Justice Act stipulates the following requirements for an injunction to be granted:

Additionally, the purpose of the injunction must be proportional to the inconvenience and damage likely to be suffered by the opposing party.

The burden of proving that the above requirements are met lies with the applicant.

The Danish courts tend to be generous in their granting of applications for injunctions. However, they may (and usually do) make the granting dependent on the plaintiff paying a security deposit for any detriment or disadvantage inflicted on the defendant as a result of the injunction.

The court usually notifies the defendant before the injunction proceedings take place. The court may, however, omit this prior notification if:

The process generally takes one to 10 weeks from filing of the application to grant of an injunction. If the plaintiff proves urgency, though, the injunction can be granted within a couple of days.

If proceedings concerning the right that has allegedly been infringed have not already been commenced in a Danish or foreign court, or before an arbitral tribunal, the party applying for an injunction must commence such proceedings within two weeks of the decision to grant the injunction becoming final. In these main proceedings, the court must decide whether the grant of the injunction was justified. The court will deliver its judgment within one or two years of commencement of the proceedings.

If the main proceedings are not commenced within two weeks, the injunction order will be overturned and the defendant will be awarded costs.

Following the amendment of the Administration of Justice Act in 2013, the rules on litigation venues in search proceedings are no longer identical to the rules on litigation venues in injunction proceedings. Hence, a request for search proceedings must be filed with the bailiff’s court, while a request for injunction proceedings must be filed with the Maritime and Commercial Court (or the relevant district court). This change causes practical difficulties in coordinating search and injunctions proceedings, as well as judicial difficulties since the same subject matter is presented before two different courts and judges.

A search order may be granted if the rights holder proves or renders probable that an infringement has taken place and that evidence of the infringement is in the defendant’s possession. As a general rule, any evidence may be presented.

The court may (and usually does) make the grant of a search order conditional on the plaintiff providing security for any detriment or disadvantage inflicted on the defendant as a result of the search proceedings.

The process generally takes one to six weeks from filing of the application to the search taking place (if granted). However, if the plaintiff proves urgency, the search can take place within a couple of days. The defendant is rarely notified before the search proceedings in order to avoid the removal or destruction of evidence.

The court will appoint an impartial expert to carry out the search and subsequently write a search report to be approved by the court and then presented to both the defendant and the plaintiff. The expert appointed will be appropriately qualified for the specific search.

In trademark disputes, expert reports can be valuable evidence. For instance, an expert report can be used to determine whether a trademark has acquired distinctiveness through extensive use.

The Administration of Justice Act states that a party to civil proceedings may request that the court commission an expert report on one or more questions. The request must include details about the subject matter of the expert report, as well as the purpose of the exercise. A copy of the request must be sent to the other party at the same time.

The expert will conduct an inspection, if necessary, and write an expert report on the basis of the parties’ questions. The expert report will not be an opinion on a question of law, but on facts relating to his or her field of expertise.

The Trademark Act contains some exceptions to the mark owner’s exclusive rights, all of which can be used as defences.

One of these is that the mark owner is not entitled to prevent third parties from using the trademark in non-commercial activities.

Furthermore, the trademark owner may not prohibit third parties from using:

Another available defence in trademark infringement disputes is passivity/acquiescence. The general principles and standards of passivity and acquiescence also apply in trademark disputes. These principles and standards specify no minimum period of time to have lapsed to make a finding of passivity. However, the Trademark Act states that where a rights holder has acquiesced, for a period of five successive years, to the use of a later trademark while being aware of such use, it shall no longer be entitled to apply for a declaration that the later trademark is invalid, unless the later trademark was registered in bad faith.

In Denmark, it is possible to appeal all final judgments and, in special circumstances, further appeal is allowed to a third instance.

District court decisions may be appealed to a high court as second-instance appellate court.

Further appeal from the high court to the Supreme Court requires permission from the Appeals Permission Board. 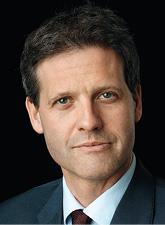 Claus Barrett Christiansen is a partner in Bech-Bruun’s IP and technology group, and head of the firm’s Chinese desk IP section. He specialises in design law, copyright, trademarks, patents, marketing, and IP contracts and litigation. He is external professor of international copyright, trademark and marketing law at the University of Aarhus and has published commentaries on the EU Trademark Regulation and global design protection, among other subjects.

Mr Christiansen is a member of the International Trademark Association and the IP Committee of the Association of Danish Law Firms, among others; he sits on the expert user panel of the Danish Trademark and Patent Office and the Danish Maritime and Commercial Court.

He is one of the most widely sought-after and experienced IP litigators in Denmark.