Depending of the cause of action, the enforcement of trademark rights can be sought through both criminal and civil proceedings. A trademark owner will have a civil cause of action when a third party infringes its exclusive right to use its trademarks in trade to distinguish the same or related products, services or business or industrial establishments as those covered by the registration. Criminal proceedings can be instituted only if the IP Law or the Criminal Code lists the infringer’s actions as a crime.

In Chile, the main statutes governing trademark litigation are:

The applicable law will depend on the specifics of the case, as well as the enforcement strategy of the trademark owner.

Depending of the cause of action, the enforcement of trademark rights can be sought through both criminal and civil proceedings.

A trademark owner will have a civil cause of action when a third party infringes its exclusive right to use its trademarks in trade to distinguish the same or related products, services or business or industrial establishments as those covered by the registration.

Criminal proceedings can be instituted only if the IP Law or the Criminal Code lists the infringer’s actions as a crime. The IP Law provides that the following actions are criminal:

A prerequisite to filing a criminal action is that the infringed trademark be used displaying the words ‘Marca Registrada’ (‘registered trademark’), the abbreviation ‘MR’ or the sign ®.

Trademark owners can also use border measures, which must be prosecuted in criminal courts.

In civil courts, the parties are free to reach agreements that they deem appropriate. Additionally, the judge will act as an arbitrator for the parties to try to reach an agreement during the hearing when the defendant answers the claim(s).

In Chile, most trademark criminal cases are concluded through alternative dispute resolution – namely, compensation agreements or conditional suspension of proceedings – rather that through a final court decision.

Compensation agreements may be used for certain criminal offences only and if the parties freely agree to them. Therefore, the court must expressly approve them. The public prosecutor may oppose these agreements.

In a conditional suspension of proceedings, the public prosecutor and the defendant agree on a series of conditions with which the infringer must comply for a period of one to three years, such as paying a fine to a charity, compensating the victim, destroying the counterfeits, reporting monthly to a police station and living at a certain address. These agreements must be also approved by the court, which shall:

If the defendant fulfils the conditions imposed by the agreement, the case will be dismissed.

Civil trademark enforcement is sought before the civil courts through the summary civil procedure, a process that mixes oral and written submissions. It is a shorter and simplified proceeding with three stages – the discussion, the evidence and the decision periods – plus a stage of implementation of the judgment, if it proceeds.

The discussion stage of the proceedings may start with a preliminary measure or with a claim. Once the claim is served on the defendant, the civil court shall summon the parties to an oral hearing for the defendant to state its defence. However, it is also common for defendants to file written answers to infringement claims.

Once the discussion stage is completed, the court will issue a resolution opening the evidence stage, during which the parties shall submit or propose the evidence to back their positions.

Once the evidence period is finished, the court will issue its decision.

If the court finds against the defendant, it will issue its sentence at a subsequent hearing. The sentence will establish the existence of any damages and the obligation to compensate them and pay legal costs, as well as whether the ruling must be published in newspapers. The actual amount of damages and costs is usually fixed in a subsequent executive judgment.

The average time from filing of a claim to sentencing is approximately two years.

The Chilean criminal procedure is an accusatory system in which the public prosecutor investigates. This procedure is extremely complex: depending on the offence, stage of proceedings and circumstances of the case, different criminal courts and participants are involved and proceedings may conclude through judgments or other ways.

Trademark owners usually seek criminal enforcement before the guaranty criminal courts through procedures that usually end through alternative dispute resolution. The competent criminal court is that with jurisdiction over the area where the offence was committed.

The Code of Criminal Procedure provides that trademark infringements are subject to public action only after a private action has been filed; this means that the public prosecutor cannot prosecute the case if the victim (mark owner) has not itself:

Once an action is filed, the public prosecutor may, under what is known as the ‘principle of opportunity’, stop an investigation if it finds that the defendant’s action do not constitute an offence or do not seriously affect the public interest. The plaintiff may oppose such decision to stop the investigation.

When the public prosecutor considers that the investigated facts could constitute a crime, he or she will formalise the investigation against the defendant at an oral hearing to be set for that purpose, during which alternative dispute resolution can also be discussed.

The average timeline from filing of the action until the final decision is approximately one year.

The following remedies are available in civil infringement proceedings to owners of trademarks that have been infringed:

The mark owner should carefully consider these options.

Lastly, the court may order the losing party to pay the winning party all trial costs. Although this is also possible in criminal proceedings, it is more common for a civil court to grant such costs.

The criminal acts listed in the IP Law are punishable only by fines, ranging from approximately $1,600 to $66,000. If an infringer commits one or more offences within five years of the imposition of a fine, it shall receive another fine of no less than double the previous fine, up to a maximum of approximately $132,000.

Additionally, the IP Law provides that the infringer shall:

Article 112 of the IP Law provides a number of specific measures that the plaintiff can request in infringement cases:

In addition, trademark owners whose rights have been infringed may use the general precautionary measures stated in Title V of the Code of Criminal Procedure.

Some essential requirements must be fulfilled for the judge to grant a precautionary measure:

The precautionary measures most often granted by the criminal courts are seizure of potentially counterfeit goods and seizure of materials and means used mainly to commit the infringement.

Lastly, the plaintiff may also apply for the general preliminary measures listed in Title IV of the Code of Criminal Procedure.

The burden of proof lies with the plaintiff. However, the IP Law provides that where the mark is used by a third party for products or services that are identical to those for which the mark is registered, confusion between the marks shall be presumed. This means that if the plaintiff can prove that the infringer used an identical mark for identical products or services, the defendant will have prove to that there is no likelihood of confusion.

Any kind of evidence can be used in civil proceedings, including pictures, web printouts, documents, market studies, expert reports and surveys. The parties can also request the court to perform an inspection of different circumstances or material facts, and to summon the parties or witnesses to testify in person.

The judge shall assess the evidence in due conscience; consequently, the relevance of each piece of evidence will depend on its quality. For example, a survey conducted by one of the parties will have less weight than a survey prepared by a reputed institution. Accordingly, the plaintiff should have a notary certify some evidence of the trademark infringement before filing any claim. For example, it is advisable to certify web pages advertising the infringing products or services and trap purchases of counterfeit goods.

Once the plaintiff has filed a criminal action, the public prosecutor will take over and have exclusive investigation rights to determine whether the alleged facts constitute an offence.

For this purpose, the public prosecutor may carry out any investigative actions required to clarify the facts, such as:

When the goods are notoriously counterfeit, the public prosecutor can dispense with the expert report.

The IP Law states that the owner of a trademark cannot prevent third parties from using the mark in connection with products legitimately commercialised under that trademark in another country by the mark owner or with its express consent. Therefore, parallel imports are expressly allowed in Chile – providing defendants with a defence if they have purchased genuine goods abroad.

Any party to a trademark dispute may appeal a first-instance decision within 10 days of the decision being served. The competent appeals court issues its decision following an oral hearing. As a general rule, new evidence cannot be filed at second instance; however, some documents and parties’ confessions may be filed before the oral hearing.

The parties also have a formal cassation recourse against a first-instance decision where the procedure was breached.

Lastly, the parties have a substantive cassation recourse before the Supreme Court against a decision issued in breach of the law.

The appeal for annulment is prosecuted before the appeals court, which may declare the whole trial null and void (in which case the entire proceedings must be repeated), or issue a new decision, depending on the facts and circumstances of the appeal. 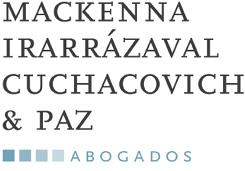 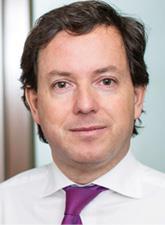 Rodrigo Marré Grez is the partner in charge of the IP practice at Mackenna, Irarrázaval, Cuchacovich y Paz. His areas of particular expertise include corporate, competition and IP law. He is a permanent lecturer in IP and innovation matters at various universities in Chile. He is a member of the Nominating Committee of the International Trademark Association, as well as of other professional organisations. 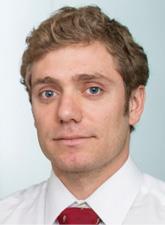 Virgilio Topasio Maluk’s practice focuses on IP issues, as well as innovation in general. He is a permanent lecturer in IP and innovation matters at various universities of Chile and a member of the Non-traditional Committee of the International Trademark Association. 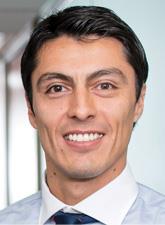