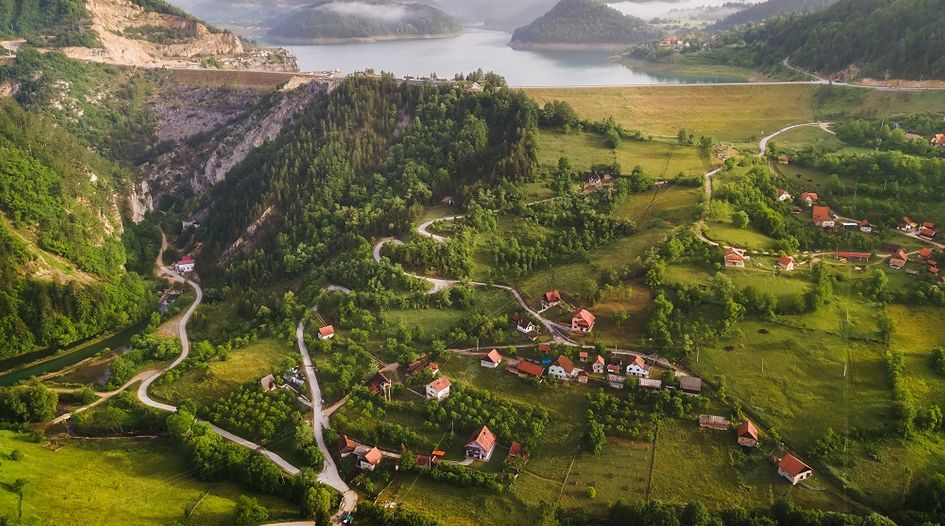 A trademark right is acquired by registration. Unregistered marks are not regulated by the Law on Trademarks, except for well-known and famous trademarks.

All natural or legal persons involved in trade can apply for and own a mark. It is not necessary to prove such activity. Associations, funds and non-governmental and charity organisations may own trademarks.

Foreigners are represented by a local attorney or registered IP agent. Power of attorney can be filed belatedly and need not be notarised or legalised.

Any sign that is capable of distinguishing the relevant goods or services in the course of trade may be protected as a trademark, provided that it is capable of being presented in the Trademark Register in such a manner as to enable the competent authorities and public to clearly and precisely establish the subject of protection. A sign may comprise any sign, especially words (including personal names) slogans, letters, numbers, drawings, colours, three-dimensional shapes, the shape of goods or its packaging, as well as a combination of such signs or sounds.

A sign cannot be protected as a trademark on absolute grounds if it:

Generic, descriptive and non-distinctive signs may be protected as a trademark if the applicant proves that the serious use of such a sign has rendered that sign capable of being distinguished in the trade for the goods or services concerned.

A sign cannot be protected as a trademark on relative grounds if it:

To establish well-known and famous trademarks, it is necessary to prove genuine use of the mark that has rendered it capable of distinguishing the relevant goods or services in the course of trade. It is possible to enforce unregistered marks based on the unfair competition rules of the Law on Trade.

Legal protection of trademarks is acquired through administrative proceedings at the Serbian IP Office. The procedure is commenced by filing a trademark application, which is subject to both formal and substantive examination. The application is first formally examined. In substantive examination, the IP Office examines the application on absolute and relative grounds. During the examination procedure, any party may file a written opinion citing reasons for which the trademark application does not meet the grounds for registration. Such a party is not considered to be a party to the administrative proceedings.

If an application is not eligible for trademark registration, the applicant is invited to respond within a specified timeframe. If it fails to meet the examiner’s request or if the examiner still deems the trademark to be unregistrable, the application will be refused either fully or for certain goods or services.

Upon examination proceedings, the IP Office publishes the application in the Official Gazette. An opposition may be filed within three months of the publication date. For international trademark applications based on the Madrid Protocol, the three-month term starts on the first day of the month that follows the month cited in the WIPO Gazette in which the international registration was published.

Trademarks are granted for 10 years from the filing date and may be renewed an indefinite number of times. It may be renewed no earlier than six months before its expiry by filing a request on a prescribed form and paying the prescribed fee. Belated renewal is allowed within a six-month grace period with a prescribed penalty fee.

A trademark can be removed from the register if:

These procedures are commenced by filing a written request, accompanied by prescribed particulars, annexes and their contents. A regular request is sent to the rights holder, which is entitled to respond within a certain timeframe. A hearing with the IP Office may be scheduled. After completion of the procedure, the IP Office will issue a decision either revoking the trademark (either fully or for certain goods or services) or refusing the revocation request. In case of revocation due to non-use, the revocation term of five years starts as on the day on which the trademark was entered in the Trademark Register or from the day of its last use, while the trademark ceases to be valid from the date of filing the request for termination. In other cases, the trademark ceases to be valid as of the day following the date on which the termination decision became legally valid and binding.

A trademark may be declared invalid if the requirements prescribed by the Trademark Law are not met. It may be declared invalid, either fully or for certain goods or services, at any time during the term of protection on the request of an interested party or the state prosecutor. For reasons based on relative grounds, invalidation may be requested only by the holder of the earlier right, unless the holder of the earlier right knew about the use of the latter mark for five consecutive years and did not object to it, and under the condition that the earlier mark was used within the five years preceding the date of filing the invalidation request.

The procedure for invalidation of a trademark is commenced by filing a written request with appropriate evidence and prescribed data. The rights holder may respond within a certain timeframe. A hearing may be scheduled. After completion of the procedure, the IP Office will issue a decision either invalidating the trademark (either fully or for certain goods or services) or refusing the request. An invalidated trademark is considered to have had no legal effect.

The trademark application procedure takes six to 18 months, depending on whether objections have been raised. The procedure for recordal of changes in the Trademark Register takes approximately one month, as does the renewal procedure.

Results from searches usually come through within two weeks. Official search fees are €18 to €30 for searches in up to three classes, plus an additional €2 fee for each additional class.

Proceedings before the first-instance courts can take from several months to two years, depending on the complexity of the case. Proceedings resulting from customs or market inspection seizures have immediate effect but need to be justified through a ruling in favour of the rights holder in certain cases where the importer or distributor objects to the seizure.

If a trademark application was filed against the principle of good faith, or if a trademark registration was based on such application or in violation of legal or contractual obligations, anyone whose legal interest has been violated as a result may request the court to declare such person as an applicant or the rights holder. In case of contesting a trademark consisting of a sign that is well known in Serbia within the meaning of Article 6bis of the Paris Convention, such an action cannot be filed more than five years after the trademark was entered in the Trademark Register.

Unfair competition actions are regulated by the Law on Trade, which prescribes activities deemed to constitute acts of unfair competition, including selling goods marked with labels, data or shapes which create justifiable confusion among consumers regarding origin, quality and other characteristics of the goods. In litigation, the determination of an act of unfair competition, forbiddance of further sale, removal of the goods from trade, compensation of damages and publication of the court decision may be claimed, with a possibility to request a preliminary injunction. The charge may be filed within the six-month term from the date of knowledge about the act of unfair competition, but not later than three years from the commitment of the act.

An assignment agreement should be recorded in the Trademark Register to have effect against third parties. The request must be supported by proof of legal title, with any translation certified by a sworn court translator. The original assignment agreement or a certified copy must also be submitted. For certified copies, apostille or legalisation is required, unless there is an agreement between the respective country and Serbia upon which legalisation is not required (eg, the Western Balkan region, Austria, Bulgaria, Cyprus, France, Greece, Hungary, Italy and Romania, among others).

A licence may be exclusive or non-exclusive and cover all or only some of the relevant goods or services. It may also be limited to a certain territory or time frame.

The application for recordal is filed on a prescribed form together with enclosed proof of legal title, with any translation certified by a sworn court translator (it may be partial). Short-form agreements are acceptable. The original licence agreement or a certified copy must be submitted. For certified copies, apostille or legalisation is required unless there is an agreement between the relevant country and Serbia, upon which legalisation is not required.

Trademarks and rights relating to a trademark application may be the subject of a pledge on the basis of a pledge agreement, court decision, decision of the enforcement official or decision of another competent government body in respect of some or all of the relevant goods or services. The pledge may be recorded in the appropriate register of the competent authority on the request of the trademark owner, applicant or pledger.

Company names are regulated by the Companies Act. As of 2020, the Law on Trademarks provides that opposition, under certain conditions, may be filed by a company whose firm name or substantial part of the firm name is identical or similar to the trademark application. Protection against third-party use of a company name may be grounded on the unfair competition rules contained in the Law on Trade. Violation of rights in a company name constitutes a criminal act under certain conditions.

Copyright and trademarks are often related. Certain signs may be subject to simultaneous copyright and trademark protection, in which case these rights have mutual effect. Under certain conditions, copyright can be used as supporting legal grounds in trademark infringement proceedings. A sign cannot be protected as a trademark if, by its appearance or content, it infringes copyright or industrial property rights. For example, if a word sign consists of the title of a book, that sign will not acquire trademark protection.