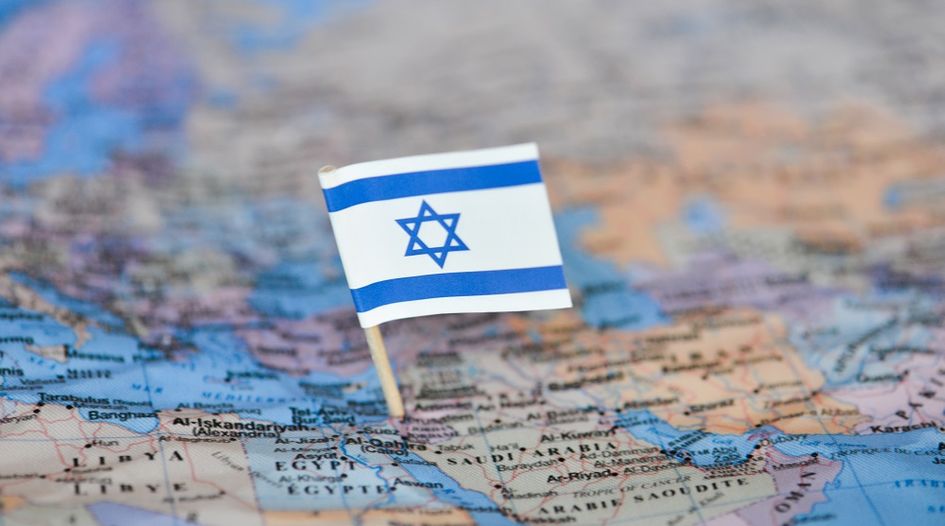 According to Israeli law, there is no specific use requirement for establishing the mentioned rights. Each case is judged on its own merits, and the duration, extent, nature of use and nature of the mark are all taken into consideration to determine eligibility for protection.

Marks that are usually eligible for registration include those that are fanciful, arbitrary or distinctive, or that have acquired distinctiveness.

Multi-class trademark applications are available in Israel. The mark is examined several months after filing. Proceedings may be accelerated under certain conditions.

Registered trademarks are valid for 10 years from the application date.

Any person may file an invalidation action for the removal or amendment of a trademark from the register on the grounds that it is not eligible for registration. Such application should be filed within five years of the registration date. However, if an application was filed in bad faith, there is no five-year limit.

A request for interim remedies is one of the most valuable tools for the protection of trademarks. The plaintiff will be granted an interlocutory injunction if the court is convinced that the plaintiff has a good chance to win the suit and that the balance of convenience leans in its favour. A plaintiff that superfluously delays action may not be granted interim remedies. There is no rule of thumb as to how much time must pass before it constitutes such delay, as this depends on the circumstances of each case. The main lawsuit, including the request for a permanent injunction, can be filed at any time within seven years of the date of infringement. However, in extreme circumstances, a superfluous delay might stop the plaintiff from bringing the claim to court.

If the plaintiff prevails, it is entitled to an injunction preventing the continuation of the infringements and, in some cases, destruction of the goods and a financial remedy.

In other cases (mostly, when the shipment includes a high number of goods or expensive goods), Customs initiates a long procedure, under which the rights holder must file a lawsuit. As an initial step, the rights holder must submit a bank guarantee to Customs to compensate the importer for any financial damage that may be inflicted as a result of the seizure or the filing of a lawsuit.

The knowing infringement of a trademark constitutes a criminal offence. In the past several years, the IP police units have been downsized and their action is now limited. However, the activity levels of local police stations that do not specialise in intellectual property have increased.

The police may act on the basis of information obtained by its own investigation or a complaint initiated by the trademark owner. The trademark owner (or its representative) is usually required to assist the police by giving a deposition and testify to the nature of the infringement. It is still possible for trademark owners to file private criminal complaints.

A pending or registered trademark may be assigned with respect to all or some of the goods or services covered thereby. The assignment should be recorded with the ITO, inter alia, to avoid claims of non-use and to properly maintain any goodwill of the trademark. To record an assignment in Israel, a copy of the deed of assignment executed by the assignor is required, stating that to the best of its knowledge the recordal of the assignment will not cause confusion among the public (if such statement is not included in the assignment document, a separate document may be provided). In addition, an executed power of attorney on behalf of the assignee is required.

Recordal of a licence agreement in Israel is mandatory. Recordal of a licensee or registered user can take place only with respect to registered rights. If a licensee is not recorded as a registered user, the trademark registration may be cancelled for non-use. Further, not recording a licence may have other implications, inter alia, regarding the goodwill of the mark and its associated owners. A recorded licensee can take action against infringements in certain circumstances.

To record the registered user, the licence agreement should indicate:

One of the following documents is required to record a name change with the ITO:

One of the following documents is required to record a merger with the ITO:

That said, the courts have addressed the registration of 3D trademarks and slogans as trademarks – ruling that, in certain cases, the shape of a product may be protected as a 3D trademark if it has acquired distinctiveness and is used as a trademark, and that a slogan filed for registration should be examined in the same manner as any other mark and should not be a priori considered inherently non-distinctive. These judgments were endorsed by the ITO.

The Israel Internet Association (ISOC-IL) operates as the registry for domain names under the ‘.il’ ccTLD.