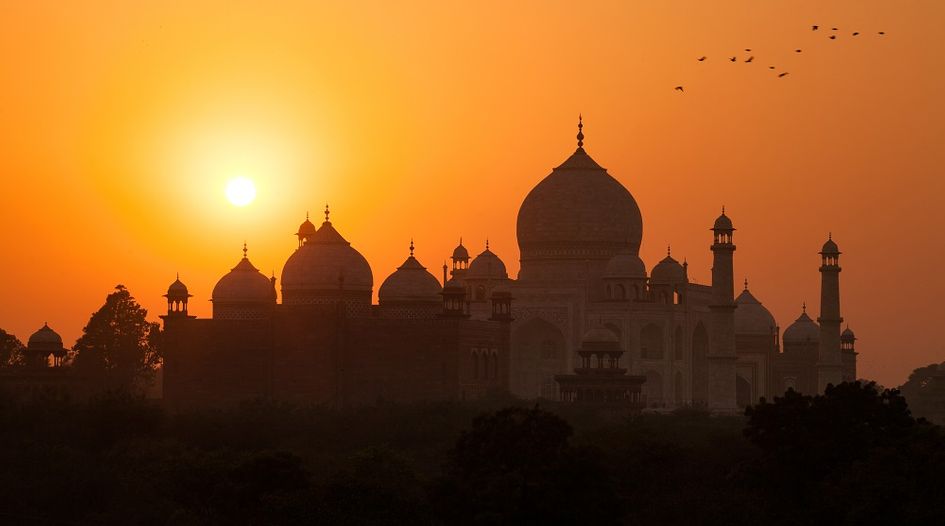 Unregistered trademarks are protectable in India through passing-off actions in the applicable court. The owner of an unregistered mark does not possess a right to sue for infringement. However, such an owner gets common law benefits.

A person who claims to be the owner of the trademark in relation to goods or services may apply for its registration. The following can file a trademark application:

A mark capable of being represented graphically and of distinguishing the goods or services of one person from those of others can be registered as a trademark. A device, label, brand, name, signature, letter, ticket, heading, word, numeral, shape of goods, packaging, and a combination of colour and sound marks can be registered.

Marks that cannot be registered as trademarks include:

If a law of passing off is protecting an unregistered trademark, such a mark cannot be used or registered by other persons as trademarks.

Once the application is filed and all filing formalities are found to be in order, the application is examined on absolute (distinctiveness, descriptiveness, etc) and relative (prior marks on register) grounds of refusal. Once examined, the Trademarks Registry can either issue an examination report based on procedural objections, such as filing a power of attorney or user affidavit, or based on substantive objections on relative and absolute grounds of refusal. If there are no objections, the application is accepted for publication in the Trademarks Journal. If objections are raised, a written response must be filed within one month of receipt of the examination report. However, even if, after reviewing the written response, the examiner continues to maintain the objections, a hearing is scheduled to hear oral arguments in support of the application. If the examiner is satisfied with the response, the mark is advertised in the Trademarks Journal and the mark is open to third-party opposition for a period of four months. If no opposition is filed by any third party within four months of the date of publication, the mark proceeds towards registration.

If the opponent or the applicant fails to file evidence by way of an affidavit or a reliance letter, the opposition or application is deemed to have been abandoned.

Within one month of receipt of evidence in support of an application, the opponent may file evidence in reply, if any. Upon completion of the evidence submission stage, a hearing is appointed by the Trademarks Registry to decide the matter on merit, allowing or dismissing the opposition.

If an application successfully passes the post-publication opposition period or the matter is decided in favour of the applicant during the opposition hearing, the mark is granted registration for period of 10 years. A registered mark can be renewed for recurring periods of 10 years by filing a renewal request within one year prior to the expiry of the registration.

A petition for cancellation or rectification of a registered trademark can be filed before the concerned high courts in India based on the jurisdictional office of the trademark registration. The five such courts are the High Courts of Delhi, Bombay, Calcutta, Madras and Gujarat.

A registered trademark becomes vulnerable to non-use cancellation if it has not been used for continuous period of five years and three months from the date on which registration was granted (ie, when the mark is actually entered on the register).

In straightforward cases where the Trademarks Registry does not object to a trademark application on absolute or relative grounds of refusal and not opposed by third party, the mark is granted registration within approximately six to eight months.

If the Trademarks Registry objects to a trademark and, despite the filing of a written response, the application is kept pending for pre-acceptance hearings, it may take between six months and one and a half years for the mark to be listed for such hearings, depending on the jurisdiction. Upon its acceptance and if it successfully passes the no-opposition publication stage, it may take approximately two years for the mark to be granted registration.

If the Trademarks Registry objects to a trademark on absolute or relative grounds of refusal, or both, and upon the filing of a written response, if the application is accepted for publication upon review of the written response and successfully passes the no-opposition publication stage, the mark is granted registration within approximately 10 to 12 months.

The entire contested opposition proceeding, which runs from the filing of a notice of opposition until the final order is passed, is usually concluded within three to five years or more.

A renewal request is recorded and updated with the Trademarks Registry within approximately seven to 21 days.

A merger request is recorded with the Trademarks Registry within approximately six to eight months.

A request for a change of name is recorded and updated with the Trademarks Registry within approximately two to three months (without objections).

Searches are available for records from the 1940s onwards. Identical and similar trademark searches are freely available on the Trademarks Registry’s website, as are searches per class and searches of all classes (in individual classes). Searches that include trade names and slogans and traditional graphic marks are also freely available on the Trademarks Registry website. Searches of non-traditional graphic marks are not available.

Causes for action include infringement of registered trademark rights and passing-off claims based on common law rights. For details on administrative proceedings, please refer to the Procedures (for registered marks) section.

Civil suits for trademark infringement or passing off shall be filed before a district court in the relevant jurisdiction to try the suit. Additionally, high courts with original jurisdiction – such as the High Courts of Bombay, Calcutta, Delhi, Madras and Himachal Pradesh – can also entertain trademark disputes. An action for trademark infringement or passing off can be initiated by filing a plaint before the appropriate court wherein reliefs are sought. Opposition can be filed before the various jurisdictional offices of the Trademarks Registry. Custom recordal applications for registered trademarks can be made before the Customs Authority.

The pretrial procedure in a civil suit comprises several stages that are preceded by the filing of the suit (plaint) before the appropriate court. However, the plaintiff is first required to institute pre-litigation mediation except in a case where urgent interim relief is being sought. The court could be the state’s district court or its high court (based on original jurisdiction). The stages of a civil suit until trial are described below.

Final arguments are followed by the court’s final judgment.

A complaint against an infringer can be filed by the holder of the trademark registration or its authorised person before the police or the magistrate. Under section 103 and 104 of the Trademarks Act 1999, acts such as applying false trademarks or trade descriptions (or both) to goods and services, or possession of any instrument for falsifying or falsely applying a trademark, are cognisable offences and the police can arrest an infringer without a warrant. These offences are punishable with imprisonment of between six months and three years or a fine, or both. The fine may be between 50,000 and 200,000 Indian rupees.

The procedure for filing a direct complaint before the police for infringement of trademark is provided under Section 115 of the Trademarks Act 1999. Under this section, any police officer not below the rank of deputy superintendent or equivalent, if satisfied that any of such offences has been committed, shall search and seize (without warrant) any goods, die, blocks, machines, plates or other instruments or things involved in committing the offence. However, the police must seek an opinion from the Trademarks Registry on the facts of the case before they can initiate any action against an infringer or counterfeiter.

No court inferior to that of metropolitan magistrate or judicial magistrate of the first class can try offences under Trademarks Act 1999. To initiate criminal proceedings against the infringer before the magistrate, the holder of the trademark may also file a criminal complaint under Section 156 of the Code of Criminal Procedure 1973.

The cost of litigation is recoverable from the defendant, and the Commercial Courts Act 2015 specifically provides the mechanisms for the payment of costs. However, recovery of costs depends upon several factors, including:

Interim relief is available and a civil suit for trademark infringement and passing off can be filed within three years of the date of the cause of action.

It generally takes anywhere between two and three years – sometimes more – for proceedings to reach trial from the commencement of a civil suit.

In India, Section 48(2) of the Trademarks Act 1999 envisages that the permitted use of a trademark by a registered user is deemed to be use by the proprietor of the trademark.

There are overlaps between trademark rights and other rights. If the infringing mark has a device or logo that is similar to the artistic work of the plaintiff, the use thereof can be injuncted by claiming both trademark and copyright infringement.

For enforcement action involving trade dress, logo or packaging (ie, registered lettered trademark coupled with artistic elements under the Copyright Act 1957), the holder of the trademark can sue the infringer under both trademark and copyright infringement.

The Trademarks Act 1999 recognises the use of the mark on the internet depending upon the facts and circumstances of the case. The act contains remedies against the misuse of marks on the internet. There are no specific provisions for domain names, websites, hyperlinks, online ads or metatags, but the Trademarks Act 1999 captures misuse of trademarks in such cases as infringements. Recourses are administrative.

The right holder can file a suit for infringement and passing off, and can also file a domain name complaint before the National Internet Exchange of India (NIXI) and WIPO.

The .IN Domain Name Dispute Resolution Policy (INDRP) and the .IN Registry created by the NIXI are responsible for regulating the ccTLD. Any dispute relating to .in and .co.in domains are resolved in accordance with the INDRP and the INDRP Rules of Procedure.