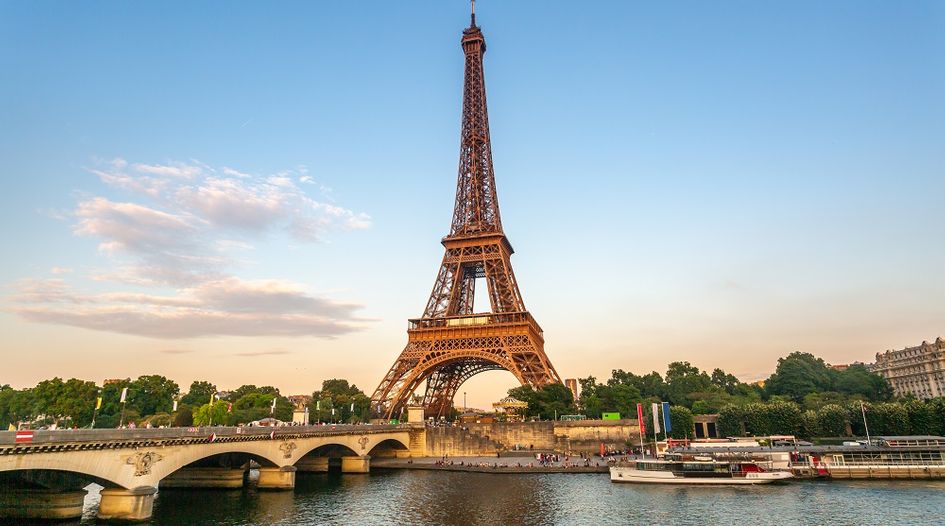 French trademark law confers no exclusive right to the owner of an unregistered mark.

However, a well-known mark within the meaning of Article 6bis of the Paris Convention may be protected under civil law under certain conditions and notably, against the use of an identical or similar sign for identical or similar goods or services for which the mark is well-known, provided that there is a likelihood of confusion

To enjoy such protection, the well-known mark must be recognised by a substantial proportion of the public in relation to the goods or services concerned.

French courts assess the well-known character of the mark, considering factors such as the seniority of the mark, the scope and the intensity of its use, and the promotional and advertising investments.

French trademarks may consist of any signs capable of being represented that allow any person to clearly and precisely determine the scope of protection.

A trademark that has no distinctive character, or that is descriptive or generic, may not be protected as a trademark.

Prior trademark searches usually concern either identical marks or company names, or similar marks. In most cases, both types of searches are necessary to secure a trademark application.

It is recommended to call on French trademark professionals to conduct such a search and analysis, as the ones simply proposed by INPI do not contain an in-depth analysis.

In the absence of a response by the deadline or if INPI rejects the applicant’s changes, a final refusal of registration will be issued. Such refusal may concern all or part of the application.

Within two months of publication of an application for a French trademark in the Trademark Gazette or, for an international registration, in the WIPO Gazette, an opposition may be filed, in person or through a representative, by:

The two-month deadline is not extendable.

A representative is mandatory in the same circumstances as for filing applications. The opponent must submit proof of ownership of the mark on which the opposition is based.

If the opposing mark was registered at least five years before the date of opposition, the applicant may request that the opponent provide evidence of use of its mark. The opponent shall then prove the use of its mark for all the goods or services on which the opposition is based or provide proper reasons for non-use.

Following the recent reform, INPI will now rule on the opposition after an adversarial proceeding that includes an investigation phase.

INPI should decide on the opposition within three months of the end of the investigation phase. In the absence of a decision within such timeframe, the opposition shall be deemed rejected. This period shall be suspended in the following cases:

A renewal declaration should be submitted to INPI in the six months preceding the expiry of the registration. An application for renewal may also be filed within an additional six-month period, upon payment of additional fees. Renewal shall take effect on the day following the expiry date of the registration. INPI issues the renewal documents approximately two to three months after the renewal.

The validity of a registered mark may be challenged through a cancellation action or in infringement litigation:

If, within a successive period of five years starting on the publication of registration, the mark has not been put to genuine use in connection with all or part of the goods or services for which it is registered, and there are no proper reasons for non-use, the rights of the mark owner shall be revoked. Such revocation can be invoked by any interested party or as a counterclaim in infringement proceedings.

If a mark has become the common name in trade for a product or service for which it is registered, its owner’s rights shall be revoked for such good or service.

Revocation of a misleading mark

The registration of a mark shall also be revoked if the mark has become misleading, particularly as regards the nature, quality or geographical origin of a product or service.

A registered mark may be surrendered at any time in respect of all or part of the goods or services for which the mark is registered.

New provisions entered into force on 1 April 2020, including the following:

French specialised IP courts remain competent for counterclaims and invalidation or revocation actions grounded on any other rights (eg, copyrights, design rights, or any related claim such as counterfeiting or contractual liability).

The decisions rendered by INPI could be the object of an appeal.

To determine an infringing act, the court must assess:

Prior to an infringement action, the rights holder can also request an injunction to prevent an imminent infringement or any further infringement, by means of summary proceedings. Such proceedings may be ex parte if the circumstances require that such measures be issued without the defendant being heard.

To be enforceable against third parties, the following information should be recorded in the Trademark Register:

The recordation of a licence is not compulsory, but it is useful for evidentiary and opposability purposes and for the licensee to be able to act in infringement litigation or in opposition.

The applicant of such recordation will provide INPI with a copy or an abstract of the deed stating the change in ownership or use of the rights (not legalised, but translated into French).

By virtue of Article 6, IAPs and HSPs have no general obligation to monitor the information that they transmit or store, or actively to seek illegal activities. They are liable only if they knew of the illegal act or if they did not act promptly to delete the illegal content or make the content inaccessible when they became aware of it.

A dispute resolution procedure called Syreli is available for disputes over ‘.fr’ domains, in addition to judicial actions. This system is managed by AFNIC, the registry of the ‘.fr’ top-level domain. Decisions are issued within two months of receipt of a complaint.