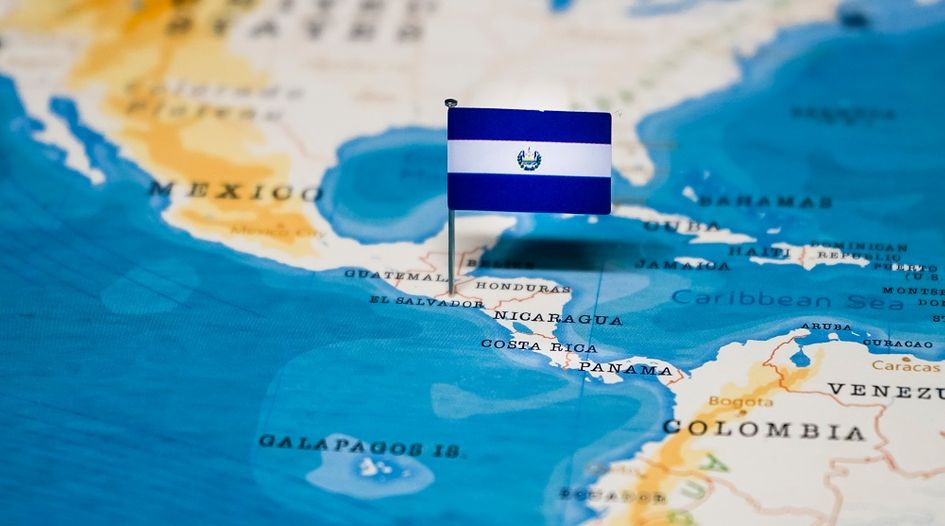 The main regulations under the 2002 Trademarks Law (as amended in 2006) provide for the following:

Only previously registered trademarks are subject to opposition on renewal. Marks are protected for 10 years and are renewable every 10 years. An additional advantage is the inclusion of clear and simple rules for calculating damages. The law has its own statute of limitations rules, which prevail over the Code of Commerce’s general provisions.

Trademarks are protected through registration at the Registry of Intellectual Property (RIP). Priority can be claimed according to the Paris Convention for the Protection of Industrial Property. The 11th edition (2020) of the Nice Convention for the International Classification of Goods and Services applies. Recent practice has admitted protection for motion marks.

In February 2019, the Administrative Procedures Law became effective to unify procedures and recourses across the executive branch. The new law affects many procedures managed by the RIP, benefiting trademark holders providing certainty, shorter terms for government officials to resolve petitions filed, extensions of time to file documents and setting sanctions to government officials that do not observe the new terms, among other things.

Rights in unregistered marks arise only where the relevant mark is sufficiently well known and this can be proved. Such marks may be enforced through an opposition process against identical or similar marks or through an unfair competition action filed before a civil and mercantile court. Criminal actions are available in cases involving criminal responsibility or cybercrimes affecting trademarks. Complaints are filed before the General Attorney’s Office, which will investigate and file an action before a criminal court.

El Salvador is a first-to-file jurisdiction; therefore, no rights emerge from merely using a mark without filing an application. The Trademarks Law does not specify how much use is required to establish unregistered rights.

In addition, a mark is inadmissible if, after examination, the registrar determines that it violates third-party rights – for example, if it:

If the examining attorney states an observation that one or more formal requirements are not met, the applicant has 10 working days to respond, which may be extended once. If the examiner maintains no compliance of requirements, the applicant can file a reconsideration recourse within 10 working days of receiving notice. If the resolution is favourable, the application is admitted. However, if it is not favourable, the RIP will issue a resolution declaring the mark’s dismissal – no further recourse is available and the resolution becomes final.

If the RIP’s resolution is still adverse, the applicant can file a contentious administrative action in recently created courts with jurisdiction in such matters.

The Trademarks Law states that the examining attorney is entitled to declare the application abandoned if six months have elapsed from the date of service of any resolution without the applicant pursuing the next step of the registration process. Abandonment applies on the mere passage of time without action by the applicant.

No extensions for this action are allowed. The registrar will verify whether the opposition meets all legal requirements. If so, an admission resolution will be issued and served on the applicant, which has two months to respond. After this, the registrar will issue the final resolution within one month.

An opposition procedure takes between eight and 12 months.

The registration procedure takes between seven and nine months if the application complies with all legal requirements and no office actions or oppositions arise.

One document per applicant is sufficient. If a power of attorney is granted in a language other than Spanish, it must be translated into Spanish by a translator appointed by a notary public prior to being used before any local authority.

Any mark can be voluntarily cancelled by its owner through an administrative process before the RIP.

Cancellation of a trademark can be based on two motives:

March 2011 marked the starting point for the filing of cancellation actions for non-use.

A trademark is considered to be in use when it is used in relation to:

Additionally, advertising the mark through any means is considered use, “even if the goods or services covered are not actually traded” in El Salvador, according to Article 41-D of the Trademark Law. This provision is useful for foreign rights holders, which can rely on advertising to help to prove use. Rights holders are advised to supplement advertising evidence with commercial invoices, accounting documents or auditors’ certifications that show the amounts and regularity of the goods or services being used in commerce. Defences to non-use include circumstances beyond the power of the rights holder – such as import restrictions – or any other official requirements imposed on products or services covered by the mark.

Judicial cancellation actions must be filed with the civil and mercantile courts. Cases are orally argued by the parties, with the simplest decided in one hearing and the most complex in two. Evidence must be fully filed alongside the complaint and new evidence can be provided only if it refers to new facts. Cancellation procedures now take between six and 12 months. As part of the proceedings, the judge can issue a preliminary injunction ordering that the complaint be recorded at the RIP to prevent the registrant from transferring the disputed mark to a third party.

Where a trademark has been incorrectly registered, the law only allows a judicial action to be brought against the registration. There is a five-year statute of limitations for judicial cancellation actions. However, if the registration was sought in bad faith, no such statute applies.

Official searches are allowed for similar and identical marks, in one or all international classes. A search report includes similar or identical trade names and slogans. Design marks can be searched separately from word marks. The official fee is US$20 per mark or design per international class. Searches of all marks that have been applied for or registered by a particular owner are also available and the official fee is US$100 per owner.

The Criminal Code also includes provisions on criminal offences. Accordingly, both civil and criminal remedies are available to deal with the infringement of registered marks.

Unregistered marks may be enforced if they are well known. All enforcement actions fall under the courts’ exclusive jurisdiction.

Preliminary injunctions may be granted against goods in transit and border seizures.

Rules relating to damages have been substantially modified. According to DR-CAFTA-influenced provisions, the plaintiff can base its claim on one of the following:

Preliminary injunctions may be requested to secure evidence, either before filing an infringement action or as part of it. The judge has the discretion to order the petitioner to post a bond as compensation for damage caused by a failed action. Preliminary injunctions can be requested either as a separate action or with the main enforcement action. They must be granted and executed within 48 hours of filing the action. If the suspension of imports or exports is requested, the plaintiff must file an infringement action within 10 working days (which may be extended once) – otherwise, the injunction will be lifted.

The Civil and Mercantile Process Code shortened the duration of a case from between five and six years under the former system to one year for first instance and appeal proceedings.

For an assignment, a document must be submitted to the RIP, fully executed in any language. Any foreign document must be notarised and legalised by apostille or alternatively before the nearest Salvadoran consulate, and must be locally translated into Spanish before being filed.

Although the recordal of licence agreements is no longer mandatory, it is desirable to create pre-existing evidence of use. Licence agreements are enforceable before third parties, including infringers and authorities, provided that they are duly legalised and translated into Spanish.

Recordal of these changes and rights transfers takes between one and two months.

There are certain areas of overlap between trademark rights and other rights, such as copyright. This occurs mostly in judicial procedures where it is necessary to prove ownership of a right. In such cases, a copyright registration can strengthen the evidence of ownership. A design mark can be protected using copyright if it meets the criteria of artistic creativity and originality. A two- or three-dimensional form that can be used for manufacturing a product can also be protected as an industrial design for 10 years.

The domain name regulations specifically authorise the registration entity SVNET to adopt dispute resolution procedures based on the UDRP for the ccTLD ‘.sv’.

The recent Law Against Cybercrimes forbids the trade of goods or services through unauthorised passing-off using information technology and considers such trade to be a felony. The crime is aggravated if the goods are medicines, food products or supplements, beverages or any other goods for human consumption.