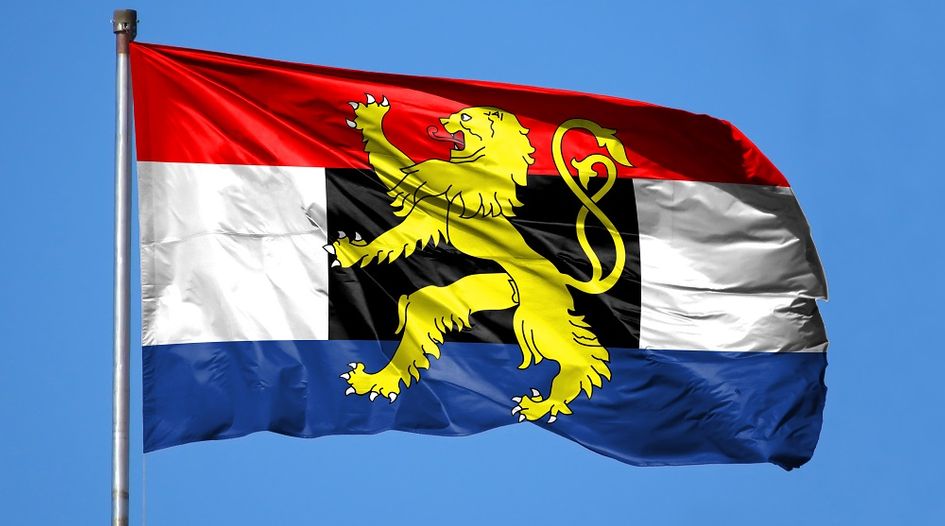 No separate trademark laws exist in the Netherlands, Belgium and Luxembourg. Benelux trademark law is governed by the Benelux Convention on Intellectual Property, the current version of which entered into force on 1 March 2019. The first version of the Convention replaced the Benelux Trademark Law 1971, which was the first law providing uniform trademark protection in multiple EU member states. The Convention is in line with the EU Trademarks Directive (2015/2436, 16 December 2015), and thus is similar in material aspects and provides similar rights.

The Benelux is a member to all major international trademark treaties and agreements, including the Paris Convention, the Agreement on Trade-Related Aspects of Intellectual Property Rights, the Madrid Agreement and Protocol, the Nice Agreement and the Locarno Agreement.

The EU IP Enforcement Directive (2004/48), which provides specific remedies for IP rights infringement, has been implemented in the national laws of the Benelux countries.

The Benelux Convention on Intellectual Property does not provide for protection of unregistered trademarks, the only exception being the protection of well-known marks as prescribed by the Paris Convention. When no registration exists, no trademark rights can be invoked. Timely registration is therefore of the essence.

As a rule, anyone can apply for trademark protection in the Benelux. However, special requirements exist with respect to ownership of collective marks and certification marks. The representative’s place of residence or registered office should be in the European Economic Area.

No power or attorney is required for filing for trademark protection in the Benelux (or the European Union). The filing of a power of attorney, however, is required in the case of a request for withdrawal or limitation of a trademark. A priority claim must be substantiated but can be done by means of a scan or photocopy of the priority document.

What can and cannot be protected?

The legal definition of a trademark in Benelux is quite broad. The requirement of graphical representation has also been abolished. Benelux legislation and practice regarding the admissibility of trademarks are largely in line with European practice. Despite changes in the law effective as of 1 June 2018 and 1 March 2019, non-traditional trademarks, especially three-dimensional trademarks, are generally difficult to obtain.

The Benelux has a fee-per-class system. As at January 2022, the official fees were:

There are no official publication or registration fees. Renewals are calculated in a similar manner:

Additional fees are due for expedited applications (registration being obtained in 48 hours) as well as collective and certification trademark applications.

An application is checked on formal grounds and subsequently on absolute grounds. No check on relative grounds is conducted. After publication, the two-months’ opposition period commences. This term is not extendible.

In the absence of objections, the application will proceed to registration in approximately four months. If an office action or refusal is issued, the applicant is granted an initial term of one month to overcome such objections, which may be extended to a maximum of six months. If an expedited registration is requested (under payment of the above-mentioned additional fee), an accelerated check on formalities is conducted. If no objections arise, the mark is registered within two working days. With this type of application, the check on absolute grounds and publication takes place after registration, which implies that the registration may be cancelled eventually.

An opposition can be lodged on the basis of a prior identical or similar trademark application or registration for identical or similar goods. Opposition may also be filed on the basis of a mark with a reputation against a mark applied for dissimilar goods, provided that the younger mark takes unfair advantage of, or is detrimental to, the distinctive character or reputation of the earlier mark.

Also, and in line with Article 6bis of the Paris Convention, an opposition may be filed based on a non-registered well-known mark. A more recent development is that the grounds for opposition have been extended to unauthorised filings by agents and protected designations of origin and geographical indications.

The opposition grounds do not need to be substantiated within the opposition form, thus it is possible merely to file a formal opposition. An opposition must be filed prior to the end of the two-month publication period (or the next working day if the term ends on a day that is not a working day).

Opposition fees are €1,045 – a relatively high amount, the effects of which are, however, mitigated by the rule that only 40% thereof needs to be paid at the time of filing the opposition. Only when a case is not settled within the reglementary cooling-off period is the remaining 60% of the fee payable.

The opposition procedure is similar to the opposition proceedings before the EUIPO. When the opposition is deemed admissible, the statutory two-month cooling-off period starts – the term of which can be extended with the consent of both parties for four month-long terms until an amicable settlement has been reached. When no extension is applied for, the opponent must file its arguments and further evidence within two months. Subsequently, the defendant or applicant is granted a two-month period to file counterarguments and request proof of use (where applicable). When both parties have filed arguments (and, where applicable, have exchanged proof of use and comments), the BOIP will issue a decision.

If the opposition is awarded or rejected in full, the opposition fees of €1,045 must be borne by the losing party. The cost decision constitutes an enforceable judgment.

Appeals against decisions issued by the BOIP must be brought before the second chamber of the Benelux Court of Justice. The appeal deadline ends two months after the notification of the final BOIP decision.

In addition, nullity may be requested if the mark involved:

Finally, revocation may be requested if the mark has not been put to genuine use within five years of registration. Use by a licensee (and indeed any genuine use with prior authorisation from the mark owner) is sufficient to maintain rights in a Benelux mark.

The BOIP does not carry out an examination on relative grounds during the registration procedure. The BOIP does provide a useful and comprehensive search tool (also available in English), which can be accessed at www.boip.int/en/trademarks-register. When this search tool does not suffice, the TMview trademark search engine is also useful (www.tmdn.org/tmview/welcome).

The enforcement of registered trademark rights in the Benelux is efficient. While there is no single specialised court for general trademark disputes, most district courts and courts of appeal have judges who focus on IP matters. Due to its exclusive jurisdiction for European trademark and design matters, the Hague District Court has highly specialised judges.

Remedies sought can first consist of an injunction, after which a recall of infringing products can be demanded, as well as surrender or destruction of the infringing products. In addition, the infringer may be summoned to provide all relevant information enabling the plaintiff to calculate the damages caused by the infringement. This information may include the number of infringing products bought, sold and still in stock, along with the profits made. In addition, the infringer can be ordered to provide the contact details of the supplier of the infringing goods. In both summary and main proceedings, a claim may be brought for compensation of the legal costs incurred in ending the infringement. This works both ways; if the defendant prevails, they may also request compensation of their legal costs. It is not possible to claim punitive damages in the Benelux.

In the case of trademark infringement, a rights holder may bring a claim for the surrender of profits made by the infringer from the sale of the infringing products. A claim for compensation of damages can, however, be brought only in proceedings on the merits.

Interim relief is available. Under certain circumstances (particularly a threat of irreparable damage to the trademark owner), ex parte injunctions are also available. An application for an ex parte injunction is granted only if the plaintiff can make a prima facie case of infringement. Additional claims, such as a request for compensation of damages, cannot be granted in ex parte cases. As a rule, interim relief can be obtained provided that the infringement persists.

The trademark owner must proceed with initiating proceedings on the merit to prevent an interim relief decision from losing its effect.

The time limit for action against a registration filed in good faith is five years, as an effect of the rule of acquiescence. The holder of a prior trademark that has acquiesced for a period of five successive years in the use of a registered later trademark, while being aware of such use, will no longer be entitled to prohibit the use of the later trademark (Article 2.30 of the Benelux Convention on Intellectual Property). This rule does not apply when the younger mark was filed in bad faith.

The timeframe for the resolution of an enforcement action for registered and unregistered rights will depend on the type of remedy sought. Ex parte injunctions and interim relief can be obtained almost immediately, if the case is sufficiently urgent. As a rule, interim relief cases will be decided within approximately 14 days. Cases on the merits are commonly decided in six to 12 months.

Finally, although trademark infringement is mentioned in the Dutch Penal Code, public prosecutors do not show a great interest in pursuing common IP cases in the Netherlands. An exception may be IP infringement cases that are interconnected with large criminal cases.

Assignment is possible without the goodwill of the business but must be in writing. Recordal of assignments, licences and liens with the BOIP is efficient and straightforward. A scan or photocopy of the underlying document will usually suffice. For recordation of a licence, lien or limitation, an executed power of attorney of all parties concerned is required. Again, a scan or photocopy of the document will usually suffice. No notarisation or legalisation is required.

In the case of service marks that also constitute the company name, it is likely that trade name rights apply. These rights are governed by the Dutch, Belgian and Luxembourg trade name laws.

Device marks, or combined word or device marks, may under circumstances also be protected under the copyright laws of the Benelux countries, as the scope of protection under such laws is not limited to artistic works and the threshold for copyright protection in the Benelux is considered to be fairly low. However, copyrights are dealt with on a national level.

On the basis of registered trademark rights, among other things, the trademark owner can object to unauthorised use in domain names, websites, hyperlinks, online ads and metatags. Benelux legislation provides no specific provisions regarding online IP matters.

The courts have exclusive jurisdiction over these proceedings (apart from dispute resolution policy options).

The ‘.nl’ Dispute Regulation Policy (2008, amended in 2013) provides the legal framework for taking action against a conflicting ‘.nl’ domain name. The WIPO Arbitration and Mediation Centre is the administrative body in this respect.

The WIPO arbitration system works very efficiently, and Dutch arbiters are considered to be experts in their field, so that UDRP proceedings will generally form a cost-effective solution for ‘.nl’ domain name conflicts. In Belgium, the legal situation is very comparable. Next to court proceedings, it is possible to initiate ADR proceedings at the Belgian Center for Arbitatration and Mediation (CEPANI). In the event of a dispute regarding a .lu domain name, legal proceedings would be necessary. The .lu registry’s range of action is limited to enforcing court decisions.