The United Kingdom is also a member of the World Intellectual Property Organisation and signatory to the Protocol Relating to the Madrid Agreement Concerning the International Registration of Marks, meaning that protection can be designated in the United Kingdom (including under EU trademarks) under an international registration.

The United Kingdom is also a member of numerous international treaties relating to trademarks, including:

Unregistered trademarks can enjoy protection under the common law tort of passing off.

To succeed in a claim of passing off, the claimant must establish that:

Goodwill is decided on a case-by-case basis. It must be local to the United Kingdom and more than mere reputation. The trademark need not be well known and there is no minimum timescale for which the trademark must have been used.

Although passing off is a separate cause of action to registered trademark infringement, it can be run in conjunction with such an action.

In the United Kingdom, any legal or natural person can apply for registered trademark protection, provided they declare that the mark is being used by them, or with their consent, or there is a genuine intention to use the mark for the goods and services specified. There is no need for a power of attorney.

In terms of what can be protected, the act states that: “a ‘trademark’ means any sign capable of being represented graphically which is capable of distinguishing goods or services of one undertaking from those of other undertakings. A trademark may, in particular, consist of words (including personal names), designs, letters, numerals or the shape of goods or their packaging.”

This non-exhaustive list has been further extended by case law which has found that sound, smell and taste signs, for example, can also be registered.

Collective and certification marks are also registrable in the United Kingdom.

Trademarks that cannot be protected in the United Kingdom include signs that:

These are known as the absolute grounds for refusal.

The Intellectual Property Office will first examine a trademark application to ensure that it meets the formal requirements for filing. It will then conduct its substantive examination to ensure that the specification of goods and services is clear and correctly classified and that the registration of the sign is not prohibited by the absolute grounds for refusal, excluding bad faith. If objections are raised, the applicant initially has two months to respond.

An application can be opposed on the basis of any of the absolute grounds discussed or where there exists:

An ‘earlier trademark’ is recognised as being:

In the event of opposition, the applicant is given two months to file notice of defence or enter into a cooling-off period. If the applicant does not respond, the application is deemed to be abandoned in relation to the opposed goods and services.

Where an opposition is based on an earlier trademark which has been registered for five years or more, as at the date of publication of the opposed application, the applicant may put the opponent to proof of use of the earlier mark.

Cost awards in proceedings are generally issued to the successful party and the Intellectual Property Office has discretion to determine the level of the award from a published scale of costs.

A standard opposition is likely to take 12 to 18 months from filing to decision.

Provided that no opposition is filed, or once an opposition has been successfully overcome, the mark will proceed to registration. An application that encounters no objection or opposition could register within four months of filing.

Once registered, a trademark is valid for 10 years from the filing date and may be renewed indefinitely provided the appropriate form and fee is filed every 10 years.

Invalidation: A registration may be found invalid based on absolute or relative grounds and an action can be filed by any interested party at any time after registration.

If an earlier rights holder acquiesces in the use of a registered trademark for a continuous five-year period, it loses the right to file an invalidation action, unless the later trademark was registered in bad faith.

A declaration of invalidity has the effect that the registration is deemed never to have been in force in respect of all or some of the goods or services that it covers.

Revocation: The grounds for revocation are:

Surrender: A registration can be surrendered either partially or entirely. Surrender takes effect from the date of publication in the Trademarks Journal.

It is possible to bring an infringement or passing off action in respect of unauthorised use of a registered or unregistered mark.

Prior to bringing an infringement or passing off claim, the parties are expected to make reasonable efforts to settle the dispute, otherwise this may affect the available remedies.

It is recommended that a cease and desist letter is issued to the infringer, but consideration must be given to unjustified threats. The law surrounding unjustified threats was recently amended in the Intellectual Property (Unjustified Threats) Act 2017.

The court is also given discretion to treat any other purpose as a permitted purpose in the interests of justice.

A threat is also justified if it is shown that the act to which the threat relates was or would be infringing. Accordingly, if a right is held to be invalid, the threat cannot be justified.

Both infringement and passing off actions can be brought in the High Court (Chancery Division), which includes the separate IP Enterprise Court, as well as in a designated county court.

The remedies available depend on the court and route chosen. The IP Enterprise Court was designed to handle lower value and less complex actions than the High Court and can therefore be cheaper and quicker. This is to ensure that small and medium-sized enterprises are not deterred by the cost of litigation.

A successful rights holder may be able to obtain an order for:

With regard to an interim injunction, it is recommended that the rights holder act immediately on learning of the infringement or threat of infringement, as delay may prejudice its position. An interim injunction is a discretionary remedy and an applicant must show that it would suffer irreparable harm if an injunction were not granted until the end of a full trial.

Section 92 of the Trademarks Act lists unauthorised uses of a trademark which constitute a criminal offence, including:

A person commits such an offence where acting with a view to gain for themselves or another, or with intent to cause loss to another, and without the consent of the registered trademark proprietor, where the goods are covered by the registered trademark and the trademark has a reputation in the United Kingdom, such that the use of the sign takes unfair advantage of, or is detrimental to, the distinctive character or the repute of the trademark.

If a person charged with an offence under Section 92 demonstrates that it believed on reasonable grounds that the use of the mark in the manner in which it was used, or was to be used, was not an infringement of the registered trademark, it has a valid defence.

A person guilty of an offence under Section 92 may be sentenced to up to six months’ imprisonment on summary conviction and up to 10 years on conviction on indictment, as well as a fine.

The Company Names Tribunal deals with complaints where a company name is registered for the primary purpose of preventing someone else with legitimate interest from registering it or demanding payment from them to release it.

Given its low costs, it is considered effective by rights holders.

As an object of property, a registered trademark can be transferred from one party to another. As well as a complete change or transfer, it is possible to partially assign or license a trademark in respect of some of the goods and services for which the mark is registered, as well as for use in a particular manner or locality.

While such changes and transfers must be made in writing and signed on behalf of the assignor or licensor, the assignee’s or licensee’s signature is not required (although it is recommended to avoid disputes). If a trademark is jointly owned, all owners must consent to assign or licence the trademark.

Use of a trademark under licence is considered use sufficient to prevent revocation of that mark on the basis of non-use.

Copyright and registered and unregistered designs can complement and overlap with trademark rights, particularly in the field of logo trademarks and three-dimensional trademarks. Further, these related rights can be relied on to oppose a trademark application.

For instance, copyright in artistic works (eg, logos) is automatic and valid for 70 years from the end of the calendar year in which the author dies. Copyright may exist before unregistered trademark rights are established.

It is also possible to protect new product get-up and designs which have ‘individual character’ in the United Kingdom. Unlike a trademark registration, a design registration does not have use requirements. A registered design can be renewed every five years, up to a total period of 25 years. Unregistered design rights protect designs for a period of 15 years from when they are created or for 10 years after the product is first sold, whichever is the earlier.

A defended complaint filed under the dispute resolution service policy enters into a mediation stage, during which a Nominet mediator contacts both parties in an attempt to mediate a resolution. If mediation is unsuccessful, the complainant must pay a fee for a decision on the matter by a Nominet expert. 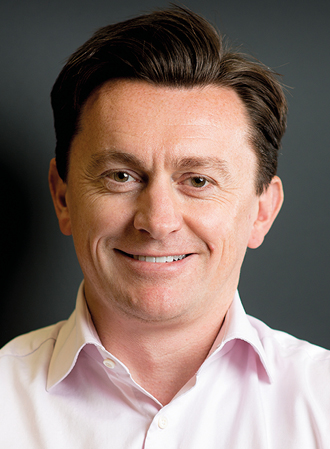 Alistair Gay is a chartered trademark attorney, European trademark attorney and co-head of Keltie’s trademark practice. In addition to advising on general trademark clearance, prosecution and registration matters, Mr Gay has considerable experience in dealing with enforcement issues and the management of international trademark portfolios. He routinely prepares UK and overseas clearance and filing strategies for clients and has handled many due diligence search projects in support of corporate mergers and acquisitions. Much of his work involves advising clients on the law of infringement, representing clients in settlement negotiations and working with solicitors and overseas counsel in litigation matters. 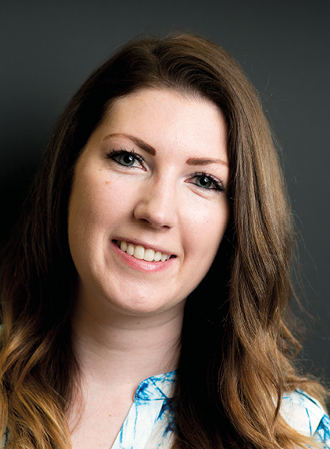 Charlotte Wilding joined Keltie in 2008 and qualified in 2013, becoming a chartered trademark attorney and European trademark attorney. She received the Adrian Spencer Memorial Award for the candidate with highest mark in advanced UK trademark law and practice in 2012. Ms Wilding acts on behalf of clients in a broad range of industries – including cosmetics, beauty, entertainment, finance, insurance, accounting and telecoms – in respect of trademark, design, copyright and domain name protection.