There are also a number of supplementary acts dealing with more specific elements of trademark law, including:

Sweden’s trademark laws are largely based on international conventions and EU regulations and directives, including:

As an EU member state, Sweden is bound by:

To establish an unregistered right through use, the trademark owner must show that one-third of the relevant public has knowledge of the mark on the market. As the Swedish Patent and Trademark Office (PTO) and judicial courts accept market surveys as evidence of establishment on the market, such evidence is preferred. Other types of evidence may also be provided to prove establishment (eg, sales and marketing figures); however, given the lack of statutory provisions in the Trademarks Act, it is at the PTO or judicial courts’ discretion to decide on a case-by-case basis whether the ‘one-third standard’ is satisfied.

Any natural person or legal entity can apply for a mark and representatives do not require a power of attorney before filing. Anything that can be graphically represented is eligible for trademark protection.

The PTO examines applications against both relative and absolute grounds for refusal. Generally, and if no opposition is made, it will take five to six months from filing until the trademark is registered. The trademark must be renewed every 10 years. Applications for renewal take approximately one month for the PTO to process. The latest renewal date can be prolonged by six months and only if the holder pays a penalty fee.

To register mergers or changes of ownership, the registrant must provide proof of title and the procedure will normally take four months. Should the rights holder change its name, registration will take approximately two weeks.

The PTO offers searches and conducts them in the same way as an examiner would examine an application.

The cost is generally Skr2,200 for a seven-day turnaround or Skr4,000 for express delivery. Prices include search results of up to 5,000 hits. For more than 5,000 hits, the price varies.

The opposition period is three months from the date of publication of the trademark in the Official Journal. The opponent must submit a written objection. The parties always get the opportunity to comment on the adverse party’s letters. The PTO then decides whether to reject the opposition or revoke the application, in whole or in part. The PTO’s decision can be appealed to the Patent and Market Court following leave to appeal to the Patent and Market Court of Appeal. The opposition procedure may take up to two years, depending on the amount of briefs and evidence filed by the parties at the PTO. However, after issuing the final office action, the PTO will normally examine the merits of the opposition within three months.

If no grounds for refusal are found and no opposition is filed, the PTO will register the trademark and issue a certificate of registration.

A trademark owner can surrender its trademark at any time by submitting an application to the PTO. If the application is signed by a representative, a power of attorney is required.

The Trademarks Act has no separate provisions for revocations and invalidations. A trademark can be cancelled, partly or entirely, on the basis that it was incorrectly registered or if the registered trademark is illegal. It may also be cancelled if, due to the manner in which it has been used, the trademark has become a generic term for such goods or services. Additionally, the mark may be revoked if it is contrary to good practice or public order or if it has become liable to mislead the public in terms of the nature, quality, geographical origin or other conditions related to the goods or services.

A trademark may be cancelled if it has not been in genuine use within five years from the date of registration or within a period of five consecutive years.

In Sweden, enforcement of trademark rights, regardless of whether it is a registered or unregistered right, is a straightforward procedure at specialised judicial courts. Trademark infringement actions may involve several causes of action, including:

The enforcement of trademark rights is carried out by filing suit at the Patent and Market Court. A complaint is generally filed stating the claims, legal grounds and evidence. The defendant is typically given three weeks to respond from the date that the complaint was served. The court allows for exchange of briefs until it declares that no more arguments, facts or evidence may be filed. Thereafter, there will be a preparatory oral hearing followed by a final hearing, and the award will be rendered four weeks later. The length of a proceeding varies significantly depending on the complexity of the case, amount of evidence and the parties’ procedural strategy.

The damages awarded are usually based on loss of profit, licence fees, damage to the goodwill of the mark and other pertinent circumstances. Punitive damages are not allowed in Sweden; however, the court may consider circumstances other than strictly financial ones – for example, the severity of the infringement, the infringer’s mindset (eg, whether it was premeditated) or the size of the parties involved.

Interim relief is available under the Trademarks Act. Interim seizures, prohibitive injunctions and search orders may be sought before and during the proceedings. Such reliefs may also be sought and awarded without first hearing from the defendant if there is a degree of urgency in the case. The requirements that must be proven so as to be awarded interim relief are:

The claimant must give an appropriate monetary security to the defendant for any damage that the interim relief may cause the defendant during the proceeding. A further requirement is that the relief must be proportionate. There are no time limits in the statutory provisions that would bar the claimant from seeking relief; however, a late claim or request may bar the claimants requests for an ex parte decision and may even affect the outcome of the balance of interest if a major delay is solely due to the claimant.

An infringement case in the first-instance court may take up to 18 months to be resolved, depending on the complexity of the case, case material, evidence and procedural strategies of the parties. On average, the Patent and Market Court will take 12 months to resolve the case from the filing of the lawsuit. For interim relief, the timeframe varies according to the claims. In counterfeit actions, the Patent and Market Court may take a couple of hours to decide, while in more complex infringement cases it may take up to three weeks before a decision is made.

Criminal proceedings for trademark infringement are also available in Sweden. However, for a public prosecutor to indict an infringer there must be specific public interest. Typically, this would involve counterfeit cases with larger amounts of goods. If a public prosecutor decides not to indict a suspected infringer, the rights holder or its licensee may file suit through a civil court proceeding.

While enforcement actions for unregistered rights may have more complex evidentiary issues than actions for registered rights, the timeframe for the resolution is the same. On average, it will take one year for the Patent and Market Court to resolve enforcement action, while in more complex cases it may take up to 18 months. Obviously, the timeframe for interim relief is much shorter, spanning from merely a number of hours to up to three weeks from filing the request, depending on the type of claim made.

If an award is appealed to the Patent and Market Court of Appeal, the timeframe is extended by between eight and 12 months if the appellate court grants a leave of appeal.

Regarding enforcement in invalidity cases through administrative procedures, the timeframe for resolution is six weeks to three months, depending on when the defendant is served the administrative invalidity action. If the defendant rejects the claims of invalidity, the holder of the prior right will have one month to transfer the case to the Patent and Market Court for further processing and the timeframe for judicial courts will apply.

No documents require legalisation when filing for an ownership or rights transfer at the PTO.

If questions of non-use arise, use of a licensee is attributed to the trademark owner. If a licensee brings certain goods and services into the internal market under the mark, the exhaustion of exclusive rights will apply as if the licensor had brought them into the market. The same exhaustion rules apply to Sweden as in the European Union.

Copyright may be used to protect device marks that have artistic merits. In certain cases, a logo can be protected by both trademarks and designs. Trade names give protection against similar or identical names being registered as trademarks if the goods and services overlap with the indicated line of business.

Both registered and unregistered rights (if they are established through use) are applicable to online use, as the definition of ‘use’ in the Trademarks Act does not exclude use online. However, there are no specific provisions for domain names as such or to specific online use.

The are no specific provisions that protect mark owners against unauthorised use on the Internet, on websites, in metatags or hyperlinks. The law providing for national domain names – the Law on National Top-Level Domains for Sweden on the Internet (2006:24) – contains no provisions on use or intellectual property. Any natural person or legal entity may register a domain name without limitation or a priori regard to intellectual property. Use on such media will be examined through the general principles of use stated in the Trademarks Act.

There is an alternative dispute resolution (ADR) process for the country code top-level domain ‘.se’ that is administered by the World Intellectual Property Organisation (WIPO) (see www.iis.se/english/dispute_resolution/). The ADR is based on a contractual obligation for the domain holder to transfer or delete the domain name if a panel finds that the domain name infringes a holder’s IP rights. The ADR through WIPO for the top-level domain ‘.se’ may be processed and examined by either one or three panellists, depending on the parties’ request. In any case, the claimant will have to pay upfront at least half of the ADR fee, which must be reimbursed by the losing party. The timeframe for resolution varies depending on the number of panellists. If only one panellist is requested the timeframe is approximately two months, while for three panellists the timeframe is between three and four months. 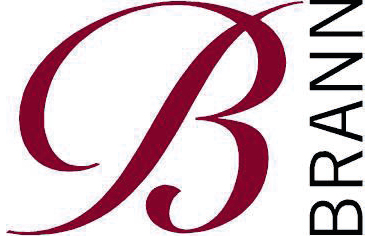 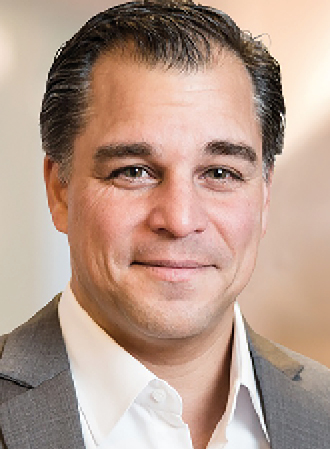 Omar Baki is managing partner at Brann. He has been practising in the IP field since 1995 and has been Brann’s litigation head since 2001. Before that, Mr Baki was partner in several commercial law firms in Stockholm, mainly responsible for litigation. He specialises in IP litigation and litigates within all IP fields. He is well versed in multi-jurisdictional litigation and has served as both head litigator and coordinator in several litigations, including litigation at the European Court of Justice. Mr Baki’s clients come from all industries and range from medium-sized to large multinational corporations. He is an authorised representative before all Swedish courts. 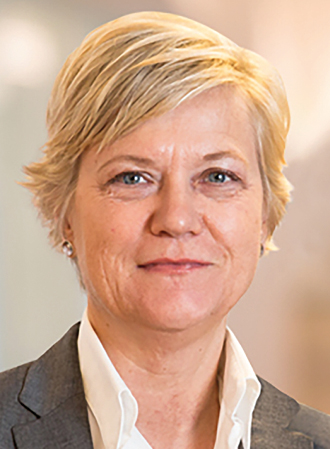 Astrid Johnsson is a partner at Brann. She has been working in the IP field since 1987. She graduated with an LLM from the University of Stockholm in 1984. Between 1984 and 1987 she was a junior judge at a district court, and between 1987 and 1989 she was a lawyer in the patent section of the Royal Swedish Defence Forces. In 1989, she joined Brann and became a partner in 1991. Ms Johnsson specialises in trademarks, copyright, marketing law, contentious matters and drafting agreements. She works with larger multinational clients, providing advice on all aspects of prosecution, maintenance and enforcement, including the management of larger international trademark portfolios. Her clients’ businesses cover mining, construction and fluid technology. She is an authorised representative before the EU Intellectual Property Office.