A trademark may consist of a sign or a combination of signs capable of graphical representation, including:

Trademarks may also consist of advertising phrases or slogans provided that they have distinctive character. Logos, musical jingles and colour combinations can also be registered.

Opposition must be filed within two months from publication of the trademark application, which may be extended for one additional month, by means of a form immediately substantiated with the written statement of grounds and documentary evidence (if any). The applicant can present a counterstatement within two months, which may be extended by one month. The parties can present additional submissions until the examination by the Patent and Trademark Office.

A registration cannot be annulled if the earlier trademark invoked in opposition does not satisfy the genuine use requirement. Revocation actions must be filed within 10 years of the date of grant, without prejudice to the right to request the annulment of a trademark registered in bad faith, for which there is no time limit.

The public prosecutor or any interested party can file such actions. When the decision becomes final, the court sends the Patent and Trademark Office a copy of the decision for publication in the Industrial Property Bulletin and for recordal in the respective file.

Non-use cancellation: Any interested party can request the Patent and Trademark Office to revoke a trademark registration if the mark has not been put to genuine use – as defined in Article 268 of the Industrial Property Code – for five consecutive years.

The burden of proof of use lies with the mark owner, who is notified and must respond to the revocation action within one month of notification (extendable by one month). If applicable, the owner or licensee must provide proof of use of the trademark, without which non-use is presumed.

The term for requesting the revocation of a mark for non-use starts from its registration date.

The IP courts were created in 2012 and since then enforcement jurisprudence has been revolutionised in relation to various IP rights, particularly regarding injunction proceedings, obtaining evidence and compensation. Obtaining preliminary injunctions, including ex parte injunctions, has also become much quicker.

The association DNS.PT is responsible for the management, registration and maintenance of the country-code top-level domain for Portugal. 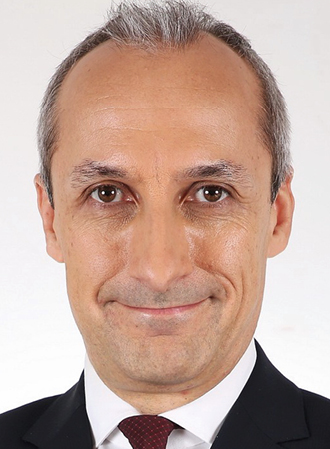 Paulo Monteverde is a partner at Baptista Monteverde & Associados. He received his law degree from the Catholic University of Lisbon and postgraduate degrees in IP and information society law from Lisbon University. He is a member of the Portuguese Bar Association. He was vice president of the Portuguese Consultants IP Association (ACPI) and chaired the ACPI Disciplinary Board.