China is a signatory to the following IP-related international treaties:

In the event of a conflict, international treaties take precedence over domestic statutes.

It is difficult to establish an unregistered trademark as well known, as a significant amount of evidence of use must be collected and submitted to prove that the mark is widely known among the relevant public. There are no fixed criteria for the necessary quantity of evidence, but usually such evidence should cover no less than three years and most of the relevant consumers.

For unregistered trademarks that are not well known, it is sometimes possible to obtain protection from other laws, such as the Anti-unfair Competition Law or the Contract Law. To obtain protection under the Anti-unfair Competition Law, a substantial amount of evidence is needed to prove that the mark has a certain degree of reputation in the market.

A representative needs a power of attorney before filing, although it need not be notarised or legalised.

Any signs – including words, figures, letters, numbers, three-dimensional signs, colour combinations and sounds, as well as combinations of these elements – which are capable of distinguishing the goods of one natural or legal person or other organisation from those of another may be protected as a trademark. Other non-traditional marks which are not provided for in the relevant regulations – including hologram, scent, motion and position marks – cannot be protected.

An official search by the China Trademark Office (CTMO) is unavailable, although trademark searches can be conducted on the CTMO website (at http://sbcx.saic.gov.cn:9080/tmois/wszhcx_getZhcx.xhtml); the search interface is in Chinese only. Information on newly filed applications is not available until at least one to two months after filing.

The examiner should make a decision within nine months on whether to grant preliminary approval or reject the trademark.

If the trademark is preliminarily approved, it will be published in the Trademark Gazette for three months to solicit public opinion. Opposition can be filed with the CTMO during this three-month period.

If no opposition is filed, the trademark will be registered. No registration fees will be charged for issuing a registration certificate.

The examination of an opposition should be completed within 12 months of the expiry date of the gazette publication period, extendable to 18 months under special circumstances.

If the CTMO grants registration and the opponent is still dissatisfied, it must initiate a separate procedure by filing for invalidation with the Trademark Review and Adjudication Board (TRAB).

Ex officio invalidation: The CTMO can invalidate a registered trademark based on absolute grounds (Articles 10 to 12 of the Trademark Law) or if registration was obtained by deceptive or other improper means. The trademark owner, if dissatisfied, may submit a request for review to the TRAB. The TRAB will issue a decision within nine months, extendable to 12 months under special circumstances. The TRAB’s decision can be appealed to the courts if the trademark owner is still dissatisfied.

Invalidation based on request and absolute grounds: Any party may file a request with the TRAB to invalidate a registered trademark based on absolute grounds (Articles 10 to 12 of the Trademark Law) or if registration was obtained by deceptive or other improper means. The TRAB will notify the trademark owner and specify a timeframe within which to respond. The TRAB will then issue a decision within nine months, extendable to 12 months under special circumstances. The TRAB’s decision can be appealed to the courts if any party is dissatisfied.

Invalidation based on request and relative grounds: A prior rights holder or any other materially interested party may – within five years of the date of registration of the trademark (the owner of a well-known trademark will not be bound by this time limit if the trademark was registered in bad faith) – file an invalidation request with the TRAB based on relative grounds (the second and third paragraphs of Articles 13.2 and 13.3, Article 15, Article 16.1, Article 30, Article 31 and Article 32 of the Trademark Law). The TRAB will notify the trademark owner and specify a timeframe within which to respond. The TRAB will then issue a decision within 12 months, extendable to 18 months under special circumstances. The TRAB’s decision can be appealed to the courts if any party is dissatisfied.

An application for cancellation for non-use can be filed with the CTMO by any party against any trademark which has been registered for more than three years. The CTMO will then notify the trademark owner and give it two months to provide evidence of use. If no evidence of commercial use during the past three years (counting back from the non-use cancellation filing date) is provided within this two-month period or no justification is provided, the registration will be cancelled. If evidence is provided, the CTMO will not transfer a copy to the cancellation applicant, which means that the applicant cannot check and challenge the authenticity of the evidence. The CTMO will assess the evidence of use without soliciting the cancellation applicant’s opinion. The CTMO will issue its decision within nine months, extendable to 12 months under special circumstances.

Any party that is dissatisfied with the CTMO’s decision may appeal to the TRAB within 15 days. The TRAB will transfer a copy of the trademark owner’s evidence of use to the non-use cancellation applicant, which can check and challenge the authenticity or validity of the evidence during this procedure. The TRAB will issue a decision based on the two parties’ opinions within nine months, extendable to 12 months under special circumstances.

The TRAB’s decision can be appealed to the courts if any party is dissatisfied.

Renewal applications must be filed in the 12 months preceding the expiry date. If the trademark owner fails to do so, it can file the application within a six-month grace period.

Remedies can be sought through administrative, civil or criminal proceedings.

Damages cannot be claimed in an AIC complaint, but an AIC complaint is time and cost efficient when it comes to stopping infringement, as there are no official fees and no strict formality requirements for evidence, and a decision is usually issued within three months.

Civil proceedings: A civil suit for trademark infringement should be filed in either the place of the infringer’s domicile or the place of the infringement. In general, first-instance proceedings should be filed with the intermediate people’s courts. The Supreme People’s Court has granted special authorisation to 90 lowest-level (ie, county and district level) courts to handle first-instance trademark infringement civil litigation.

It is possible to file an AIC complaint to stop the infringement and then file a civil suit to claim damages. The AIC’s seized infringing products, if any, can serve as strong evidence in court.

The Beijing IP Court has exclusive jurisdiction over TRAB decisions concerning the grant and confirmation of trademark rights.

Damages are decided in the following sequence:

The plaintiff’s reasonable expenses incurred in stopping the infringement are also included.

Article 63 of the Trademark Law allows for punitive damages of no less than one and no more than three times the figure determined using the damages calculation method set out above.

Interim measures in China include preservation of evidence and property and injunctive relief. Such interim measures are available both before and after litigation is initiated. Where injunctive relief is sought before litigation is initiated, the court should make a decision within 48 hours and the decision should be executed immediately after the decision is made.

The licence will then be recorded with the CTMO. Failure to record the licence does not affect the validity of the licence agreement, although licences must be recorded in order to challenge a bona fide third party. The Implementing Regulation of the Trademark Law clearly stipulates that evidence of use by a licensee can be used by a trademark owner to defend a non-use cancellation. In addition, in practice, it is widely regarded that the goodwill accumulated by the trademark licensee should belong to the trademark owner. The licence will be limited to the registered specification and mark.

According to Articles 9 and 32 of the Trademark Law, registration of a trademark must infringe no prior legitimate rights, not limited to prior trademark rights. Trademark rights sometimes overlap with rights to personal names, images or portraits, corporate or trade names, industrial designs and copyrights; in such cases, the earlier legitimate right will prevail according to the Trademark Law. For instance, copyright can be used to protect device marks that have artistic merit.

Trademark registration is usually required when conducting business on big online platforms such as Alibaba, Taobao and JD, and to file a complaint with such online platforms against trademark infringement. To a large extent, trademark registration is now more important for online business and enforcement than offline business and enforcement.

Unfortunately, no laws or regulations have yet been enacted to specifically combat online trademark infringement, although in 2001 the Supreme People’s Court issued the Interpretation on Application of Laws in the Trial of Civil Disputes over Domain Names of Computer Networks (Fashi 2001/24), which concerns the protection of trademark owners against unauthorised use of marks in domain names.

The China Internet Network Information Centre Domain Name Dispute Resolution Policy (CNDRP) (2014) regulates the ‘.cn’ country-code top-level domain. The biggest difference between the CNDRP and the Uniform Domain Name Dispute Resolution Policy is that the CNDRP stipulates a two-year deadline to initiate the domain name dispute procedure. After this two-year period, the complainant must file suit to resolve the dispute, which is much more time consuming and costly. 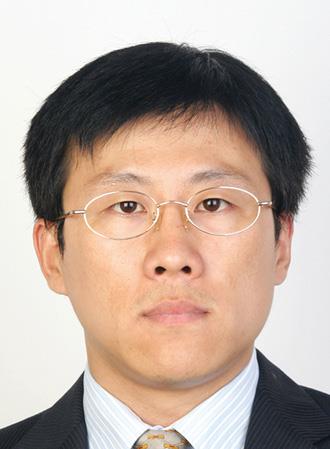 Xiaoming Liu, attorney at law and partner of Chofn Intellectual Property, has been working in the IP industry since 2005 and represented many well-known clients around the world, including Nokia, Tetra Pak, Petro-Canada, the Premier League, the BBC, Roca, Syngenta, the European Aeronautic Defense and Space Company, Plastic Omnium, Nexans, Tianjin Tasly Pharm, the Nice Group and the Rio Tinto Group, to name a few. He is very experienced in trademark prosecution, enforcement and litigation. With extensive knowledge of trademarks and rich practical experiences, he has won the trust of many well-known enterprises. He has worked on the International Trademark Association Anti-counterfeiting Committee since 2014 and his working languages are English and Chinese. 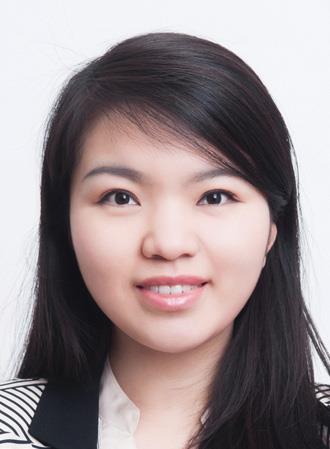 Wen Peng, trademark attorney of Chofn Intellectual Property, has been working in the IP industry since 2012 after graduating with a master’s degree. She has represented many giant enterprises around the world – including Ford, Carlsberg, Suncor, SSAB, Metso and Kaufland – in trademark prosecution and enforcement, IP customs recordal and copyright and domain-related prosecution and enforcement. Her working languages are English and Chinese.