Russia is a signatory to the following international treaties regulating trademark registration and protection issues:

The Russian legal framework for trademarks is characterised by constant change and development. Several major amendments to the national legislation and regulations have been made in the past five years and more changes are expected – including a widely discussed proposal to introduce an opposition system to replace the current examination system.

Marks cannot enjoy legal protection as trademarks in Russia without registration as such. However, if an unregistered mark is in use as the name of a trade outlet (eg, a shop or restaurant), the name can enjoy limited protection as a commercial designation (trade name) restricted to the location of the outlet (eg, a town or street) if it has an earlier priority date than a competing registered trademark.

Unfair competition arguments may also be available for users of unregistered marks in certain circumstances, as well as copyright protection.

Applicants for trademarks can be legal entities (including commercial or non-profit and private or state entities) and individual entrepreneurs (natural persons holding a state licence or otherwise allowed by local law to conduct business activities).

The law provides an open list of designations that can be registered as trademarks, including words, images, sounds, three-dimensional shapes, animations, holograms, position marks, colours (including single colours) and smells.

The following designations cannot be registered as trademarks:

With the exception of the last two examples, these designations can be included in a trademark as non-protected elements under certain conditions (eg, consent of the competent authority, evidence of acquired distinctiveness through intensive use, domination of other elements in the trademark).

Multiple classes of goods and services are allowed in a single application.

Rospatent conducts a formal and substantive examination of trademark applications. It usually takes 12 to 14 months to complete the examination, if no official actions are issued.

If earlier trademarks are cited against the filed mark in the official action, the applicant may overcome the citations by providing letters of consent from the owners of the cited trademarks, unless those marks are identical or similar to the extent that they could mislead consumers.

There is no opposition procedure in Russia.

However, the law allows third parties to file written observations against an application that is under examination by Rospatent. In such observations, the third party can express its opinion on the filed mark’s compliance with the legal requirements, including its possible confusing similarity to earlier trademarks. The Rospatent examiner will take these arguments into account during the examination of the application.

Refusals of the examiner can be appealed to Rospatent within four months of refusal. Appeals are heard by special boards of examiners and the final decision must be approved by the head of Rospatent. It usually takes four to six months for an appeal to be prosecuted and decided.

The registered trademark is valid for 10 years from the filing date of the trademark application; this term can be renewed for an unlimited number of subsequent 10-year periods. The renewal petition and official fee should be submitted during the last year of validity of the trademark, although an additional six-month grace period is available (subject to a 50% increase in the official fee).

The law requires that the rights holder ensure that its information is accurately recorded in the Trademark Register. Changes to the rights holder’s name or address should be recorded in the register in a timely manner. Failure to record these changes may result in delays and refusals in other procedures (eg, registration of assignments and licences). It usually takes around two months to complete such recordals.

A trademark can be removed from the register on the following grounds:

Invalidation actions based on the argument of similarity to earlier trademarks should be filed within five years of the trademark’s publication date.

Cancellation actions based on non-use of the trademark may be filed no earlier than three years after registration of the trademark. For international registrations, this three-year period can be counted from the date on which Rospatent issued a confirmation of legal protection of the mark within the Russian territory.

The law defines ‘trademark infringement’ as unauthorised use for similar goods and services of a similar designation where such use creates a risk of confusion. In particular, the law stipulates the following uses of a trademark:

The following remedies against infringement are available to the rights holder:

Preliminary injunctions are available in trademark infringement cases; however, judges rarely grant them in practice, as they prefer to hear the case in full before any ruling about injunction.

The rights holder may also initiate administrative or criminal proceedings against the infringer by addressing the case to the police. The administrative and criminal penalties for infringement include fines, arrest, forced labour or incarceration for up to five years.

Another option is to file a complaint with the Federal Anti-monopoly Service (FAS). The FAS prosecutes cases of unfair competition – including those involving unlawful use of trademarks – and can order cessation of the infringement and impose administrative fines on the infringer.

Trademark infringement cases are within the jurisdiction of the state arbitration courts (if the parties to the dispute are companies or entrepreneurs) and the state common courts (if the defendant is an individual and not involved in commercial activities) of the place of residence of the infringer.

Infringement cases are heard by non-specialised judges, although in some bigger courts (eg, the Moscow Arbitration Court) cases tend to be distributed among a limited group of judges experienced in IP litigation. The question of similarity of marks and the risk of confusion is usually decided by the judge without the involvement of experts.

The specialised IP Court (which started to accept cases on July 3 2013) is the court of second appeal for infringement cases filed in the state arbitration courts and the first-instance court for disputes against decisions of Rospatent and decisions on cancellation due to non-use.

The timeframe of a typical trademark infringement case is around four to six months if the case is considered by a state arbitration court and no foreign party is involved (in the latter case, a longer timeframe of eight to 12 months can be expected); this does not include possible appeals. A suit can be filed 30 days after sending a cease and desist letter to the infringer, unless the parties reach agreement on other pre-court settlements.

For non-continuous trademark infringements, the time limit for filing suit is three years from the moment that the infringement becomes known to the rights holder. Disputes against Trademark Office actions should be brought before the IP Court within three months of the claimant learning of the relevant Rospatent decision.

Trademark rights may be assigned or licensed. The licence can be exclusive or non-exclusive. The exclusive licence prohibits the licensor from granting other licences, but the licensor retains the right to use the trademark unless the licence agreement provides otherwise.

Assignment and licensing of trademark rights are subject to registration with Rospatent. No legalisation or notarisation of documents is required. Assignments of international trademark registrations (but not licences) can be registered with the World Intellectual Property Organisation (WIPO). Lack of registration makes the grant of rights void.

The law prohibits gratis assignments and licences between commercial entities.

Changes of ownership arising from a merger or other type of reorganisation, as well as changes of name and address of the rights holder, should also be registered with Rospatent (or WIPO, if it is an international trademark registration). The rights holder bears the risk of all negative consequences for failure to register such changes. In particular, Rospatent may cite earlier trademarks of the same owner against a new trademark application if there are discrepancies in the name or address of the owner and applicant.

In many cases a device mark capable of trademark protection may enjoy simultaneous protection under copyright and industrial design law. In the latter case, the registered trademark will have earlier priority, but should not be published earlier than 12 months before the filing date of the industrial design application.

The common example of a trademark capable of multiple protection is a label (eg, a label for a bottle): the design of the label can be protected equally as a work of art (copyright), as a means of individualisation (registered trademark) and as an industrial design.

It is important that the law does not establish a dependence between different forms of legal protection of the mark. Termination of a trademark (eg, non-renewal) does not affect the validity of copyright or design protection for the device mark.

However, it is prohibited to incorporate copyrighted objects known in Russia as part of a trademark without the copyright owner’s consent.

In limited cases, a word mark can also be protected by copyright (eg, if it is a long or poetic slogan).

Court practice confirms that use of the mark in domain names, in visible hyperlinks and on websites will be considered infringement if it is not authorised by the rights holder and it does not fall within the common exemptions from exclusive rights. However, the courts have found that use of a trademark as a keyword for displaying targeted ads or as a metatag does not violate the trademark if the keyword or metatag is not visible to the user – although an unfair competition complaint can still be made.

Online trademark infringement cases must be filed and prosecuted in the same way and in the same courts as offline trademark infringement cases. There is no procedure akin to the Uniform Domain Name Dispute Resolution Policy for trademark or domain name disputes for ‘.ru’ and other top-level and second-level domains which are popular in Russia (eg, ‘.su’, ‘.РФ’, ‘com.ru’), except for provisions that prevent the transfer of the domain name to a third party if a court case has been initiated. 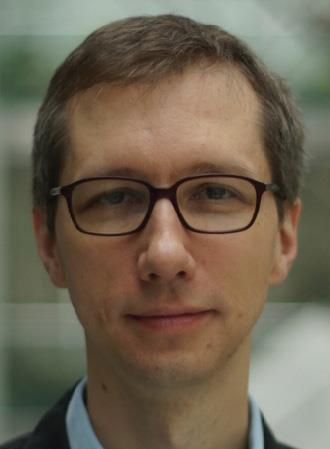 Mark Chizhenok is a partner of Ivanov, Makarov & Partners and has practised IP law since 1999 in a wide range of areas, including trademarks, patents and industrial designs. 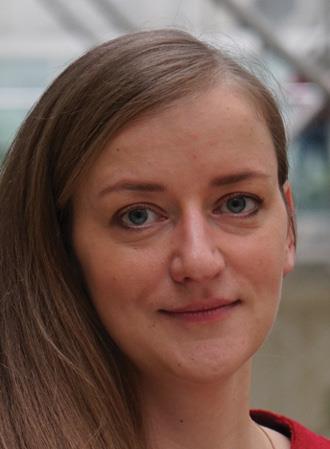 Olga Tikhonina is a partner of Ivanov, Makarov & Partners and has practised IP law since 1999.

Ms Tikhonina works with all kinds of IP issues, with a focus on trademark prosecution and contractual relations such as acquisitions, licensing, franchising and distribution agreements. She successfully manages large trademark portfolios for international clients. She has deep knowledge and expertise in the legal protection of software, know-how and data protection issues.