In 2016 MARQUES, the European Association of Trademark Owners, celebrated the 30th anniversary of its first official conference. In this chapter, Gregor Versondert provides some highlights from this special conference and explains how MARQUES has achieved its objectives within the European and international IP framework.

In 2016 MARQUES, the European Association of Trademark Owners, celebrated the 30th anniversary of its first official conference. In this chapter, Gregor Versondert – currently first vice chair of the MARQUES Council and in line to become the next chair of the association in March 2017 – provides some highlights from this special conference and explains how MARQUES has achieved its objectives within the European and international IP framework, thanks to the enduring support and volunteer work of its team members. He also gives a preview of the association’s strategic planning for the next year.

The annual conference of MARQUES in 2016 was special in many respects, as the association celebrated the 30th anniversary of its establishment and offered delegates a full-range programme, addressing topics such as how to enhance brand power and make best use of rebranding and the implications of the UK Brexit referendum vote. For the first time, it also confronted brand owners with the subject of indigenous rights, with a keynote address by US Ambassador to the United Nations Human Rights Council Keith Harper – the first Native American of a federally recognised tribe to be appointed a US ambassador. During the conference, MARQUES Chair Uwe Over also announced that the MARQUES Council had established an annual award for voluntary service to honour the memory and contribution to MARQUES of David Goldring, who suddenly passed away in the summer and had supported the association and its members over many years on a purely volunteer basis, both formally as treasurer and informally.

As the demand for qualified user involvement has substantially increased, the role of users and user associations has had to evolve to meet these expectations and become fully valuable, in order to tackle the emerging challenges of IP systems and voice users’ perspectives in all collaborative initiatives and cooperation projects of European and international IP offices.

To meet members’ growing needs and contribute to relevant debates and initiatives at the legislative, institutional and practical levels, over the past year MARQUES has established new expert teams and dedicated taskforces. A special taskforce will monitor Brexit developments and liaise with the UK government, EU agencies and other relevant stakeholders in order to prevent failures in IP rights protection. A dedicated anti-fraud taskforce has been working to assist MARQUES members in relation to the uncontrolled increase in scam invoice deliveries and fraudulent offers, and to support the initiatives of the EU Intellectual Property Office (EUIPO) and EU member states’ IP offices within the framework of the EUIPO’s Anti-fraud Strategy Programme. A dispute resolution team was formed to address issues concerning arbitration and mediation procedures in trademark and design matters. The latest copyright team will assess the European Commission’s proposal for a directive on copyright in the digital single market (published in September 2016), which is part of a set of legislative proposals intended to modernise EU copyright rules.

Thanks to the hard work of its 20 teams, MARQUES has been able to respond to major calls for user involvement from IP offices and institutions, including:

The challenge will remain to maintain focus on the need to protect rights such as geographical indications for agricultural and non-agricultural products in a balanced way, as well as to raise awareness of and build respect for traditional knowledge and indigenous peoples’ rights. As a WIPO expert official remarked during the MARQUES annual conference, discussions and initiatives are underway at the international level to identify and protect – by way of a special sui generis instrument based on values and principles – traditional knowledge, which clearly falls within the IP category, but does not fit well within established IP law and practice. The most difficult task is to draw a fair line between the functioning and preservation of the existing international IP framework and these unprotected rights. Meanwhile, brand owners and civil society at large should commit to respect indigenous communities’ traditions and signs, and work with local communities and indigenous peoples to develop IP strategies in tangible, appropriate ways.

The programming of MARQUES’s activities is expected to continue apace next year, as the European cooperation programme commenced in 2016 progresses, new convergence projects are likely launched on both trademark and design matters and possible developments arise in relation to the European Commission’s review of EU design law. At the international level, MARQUES will confirm its engagement in support of:

MARQUES’ own initiatives will include:

MARQUES has always been proud of the role of its teams, which are truly the backbone of the association. Without the ownership and passion of many individuals willing to walk the extra mile, MARQUES would not meet its own and its members’ rightful expectations. These extra efforts – both visible and behind the scenes – are too often taken for granted and fail to receive the recognition that they deserve. David Goldring, MARQUES’s longstanding treasurer, was a perfect role model for volunteers. After his sad loss, MARQUES came to fully realise how many matters he took care of for the association in addition to his formal role, simply because it was the right thing to do. MARQUES wished to honour this spirit of taking the lead for the sake of the greater good by creating the David Goldring Award. The award is intended to encourage the unsung heroes to carry on with what they do, since this is fundamental for all associations relying on voluntary work.

I joined MARQUES in 2010. Having attended my first annual conference in Berlin in the same year, I immediately joined one of the MARQUES teams and became the association’s second vice chair in Spring 2013. As a member of the brands and marketing team, I appreciated MARQUES team members’ diversity, creativity and strong motivation to proactively participate in the association’s activities.

Looking ahead, I am aware that consistency and continuity – and hence growing the core – will remain the cornerstones of the association’s further development, as more challenges emerge at both European and international level. I will soon take the challenge from my predecessors to ensure that MARQUES continues to swiftly address matters of common interest for its members and the IP community at large, with a clear focus on driving practitioner-friendly results. However, the world is full of changes and challenges. In increasingly turbulent times, MARQUES will therefore continue to raise its voice to preserve and promote rights holders’ interests while maintaining a proper balance between upholding public policy and interests and enhancing trustworthy cooperation among all players in the IP world.

In a rapidly changing IP world characterised by an unprecedented flow of information, addressing the relevant issues and making the right strategic choices will be a key challenge for the association. Another major challenge will be to address the growing tendency to revert back to an earlier era of isolationism and less open societies – which, as already demonstrated by Brexit, will have an impact on the IP world too. MARQUES will work to keep the level of cooperation high.

I was in private practice before joining Procter & Gamble at its Europe, Middle East and Africa headquarters in Geneva, where I have been working in several of the company’s businesses ever since, focusing on soft intellectual property but also handling advertising law. With external and internal perspectives, I strongly believe that all of MARQUES’s activities must be linked to a purpose benefiting its membership. Activities that add little value and do not translate into tangible results for daily practice will not help to keep the bar high in terms of what MARQUES is known for: user-driven brand owner advocacy and guidance. 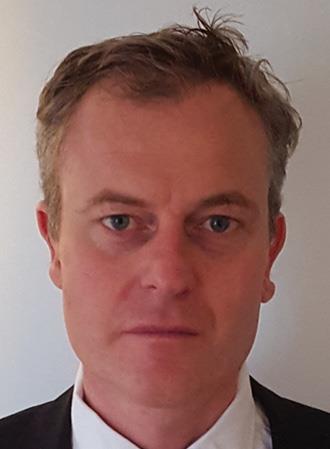 Gregor Versondert has been active as in-house counsel for Procter & Gamble for more than 11 years, having previously spent six years in private practice in Germany. He is currently in charge of the company’s global Shave Care business (GILLETTE, VENUS and BRAUN), handling both the respective global trademark portfolios as well as advertising and competition law-related matters. He will become chair of the MARQUES Council in March 2017.