Swiss law includes no specific provisions on international non-proprietary names (INNs). INNs are considered to be generic terms if they stand alone and thus cannot be registered as trademarks.

Switzerland has a first-to-file system, which means that trademark protection may be obtained only through either a national or international trademark registration. It is almost impossible to obtain protection through mere use of a trademark (eg, the existence of a ‘notorious trademark’ in accordance with Article 6bisb of the Berne Convention is not generally recognised). As Switzerland is an important test market for medicines and is not a member of the European Union, the filing of a trademark application is thus crucial to the success of a pharmaceutical trademark. A certificate of registration can be obtained within a few weeks of filing the application if accelerated examination is requested. Trademarks are published for opposition only after registration (ie, a post-grant opposition system).

Swiss law includes no specific provisions on international non-proprietary names (INNs). INNs are considered to be generic terms if they stand alone and thus cannot be registered as trademarks. If an INN is nonetheless included in a trademark, it must be considered whether an overwhelming public interest exists which militates against registration of the trademark (Federal Administrative Court B-5871/2011, E4.3.7, GADOVIST/GADOGITA). In most cases this can be excluded because the application deviates sufficiently from any INN. Consequently, listing as an INN does not automatically lead to a presumption that a trademark which includes an INN cannot be registered as a trademark (Federal Administrative Court B-2636/2015, E8.3, AXOTIDE/ACOFIDE; BVGer B-1084/2015, E6.1, DROSPIRA/PROSPIRE). Nor does the inclusion of an INN or common stem in two separate trademarks automatically lead to a finding of similarity between them.

Assessing similarity between medicinal trademarks is not always easy. In Decision B-1700/2009, OSCILLOCOCCINUM/ ANTICOCCINUM, the Federal Administrative Court held that the opposing trademark was composed of the Latin words ‘oscillum’ and ‘coccinum’. The combination of these two words was held to be fanciful because its meaning was close to the phrase ‘red mask’. Irrespective of this, the opposition against the trademark ANTICOCCINUM was dismissed on the grounds that the ending ‘(n)um’ is common in pharmaceutical trademarks. Easier to understand is Decision B-5390/2009, ORPHAN EUROPE/ORPHAN INTERNATIONAL, in which the Federal Administrative Court held that the term ‘orphan drug’ is used in English-speaking regions as a designation for medicines used to treat rare diseases and must therefore be kept available for free use by competitors whose medicines can be used in this way. Thus, the opposition was dismissed.

As Switzerland is not a member of the European Union and the Federal Act on the Protection of Trademarks and Indications of Sources (Trademark Protection Act) still requires that trademarks be graphically represented when filed, smell and multimedia marks cannot be filed in the Swiss trademark register. Sound marks will be protected, but only if they can be represented through a musical score. No pure colour trademarks for medicines have as yet been registered. The threshold for registration of three-dimensional marks for packaging and dosage containers is also high. Novartis recently failed in its attempt to register a white-and-yellow capsule for a treatment for multiple sclerosis (Federal Administrative Court, B-3612/2014). The shapes of tablets and capsules can be protected as a trademark only if they encompass a distinctive two-dimensional element, such as an engraved distinctive sign or the producer’s company name. Of course, the range of protection of such trademarks is correspondingly small. The same is true for blister packs or medicine bottles, which can be protected as trademarks only to a very limited degree; in most cases, a distinctive two-dimensional sign must be printed on the packaging in order to obtain protection. Whether the filing of such a trademark application can result in any economic interest for the trademark owner remains to be seen.

Parallel imports of medicines require the permission of the Swiss Agency for Therapeutic Products (Swissmedic), which can be obtained through a simplified proceeding. In the case of medicines whose prices are regulated by the government and which are still protected by patent law, parallel imports are permitted only with the patent owner’s consent.

As the packaging of medicines has an important function, any alteration thereto (eg, repackaging or removal or concealment of any information on the packaging) constitutes an infringement of the owner’s trademark rights. This notwithstanding, the owner cannot oppose repackaging if the sale of parallel imported medicines in Switzerland is conditional on this.

The strict requirements that apply to parallel imports are based on the fact that package inserts must be translated into Switzerland’s three official languages (German, French and Italian). The additional requirement to obtain authorisation from Swissmedic (even though this can be obtained through a simplified proceeding) means that in practice, parallel imports of medicines are almost non-existent in Switzerland. Consequently, problems regarding the repackaging of medicines rarely arise.

The import, export and transit through Switzerland of trademarked goods fall under the exclusive rights of the trademark owner. It is irrelevant in this context whether the goods in transit are destined for the Swiss market or whether the relevant trademark is protected outside Switzerland. The same rules apply to reimports.

It is thus unclear whether the transit of infringing goods through Switzerland falls under the exclusive right of the trademark owner when this is performed for intra-company purposes. As the Trademark Protection Act explicitly states that the private transit of labelled goods falls under the exclusive rights of the trademark owner, it seems that this rule should also apply to intra-company transits. It would thus appear that the transit of such goods through Switzerland is not permitted if the medicines are not protected by trademark law outside Switzerland. However, this discussion is primarily of academic interest, as no such cases have arisen thus far.

On behalf of Swissmedic, Swiss Customs seized 1,028 illegally imported medicines in 2016 (1,134 in 2015). Of these, 48% originated in India (42% in 2015) and 21% (18% in 2015) in Western Europe (especially the United Kingdom, Germany and Portugal); while 13% (24% in 2015) originated in other Asian countries. Some 55% of these medicines concerned erectile enhancers and 13.5% sleep-inducing drugs and tranquilisers. The illegal import of medicines is punishable by criminal sanctions and can incur significant fines, including for individuals.

Advertising targeted to consumers (direct-to-consumer advertising) is permitted for non-prescription medicines that are dispensed by pharmacists at the patient’s request (OTC medicines). These medicines fall within Categories C and D as set out in the Federal Act on Medicinal Products and Medical Devices. Advertising targeted to consumers is also permitted for medicines that are freely available (Category E medicines). Category D and E medicines can also be distributed outside of pharmacies.

Insofar as advertising for Category C, D and E medicines is concerned, no distinction is made between advertising which reaches consumers directly (eg, in print or on television) or which must be searched for by consumers online. Swissmedic’s approval is required before the following OTC medicines can be advertised in cinemas, on radio or television, in print or online:

Violations of the advertising rules are prosecuted ex officio.

The information provided in the advertisement must describe the medicine as such and inform consumers and patients respectively about at least one of its indications or possible applications. It must further clearly invite the consumer to read the package inserts. The information must be factually accurate and in line with the medicinal information that was most recently approved by Swissmedic. Claims regarding untested or unprovable effects are inadmissible, as are claims such as “guaranteed success” or “without adverse effects”. A claim that the medicine has been approved by Swissmedic is also inadmissible, as this may induce consumers to believe that the medicine is more effective than average and would also constitute an infringement of the Federal Act against Unfair Competition.

Radio, television and cinema ads must be accompanied by a notice concerning the package insert. At the end of any audiovisual ad, a fixed image must be shown with standard wording inviting the consumer to seek further advice from a healthcare professional and to read the package insert. This text must also be read aloud in a voiceover in both audio and audiovisual ads; and the same text must be included in any print ads. Medicines which are advertised direct to consumers will not be covered by compulsory health insurance.

Comparative advertising is permitted, but is difficult to implement in practice. Any claim made must be proved in clinical tests if a competitor so requests. Ranking medicines is prohibited by law. Price comparisons are possible only between two medicines with identical indications.

Swiss law recognises the right to generic substitution, although no duty exists in this regard. Consequently, while pharmacists are entitled to substitute an originator medicine with a generic equivalent, they have no obligation to do so. The physician may leave it to the pharmacist’s discretion to choose the best medicine for the patient.

The right of generic substitution has become increasingly important due to soaring costs in the public healthcare sector. Pharmacists are predisposed to substitute, as they often earn more from generic medicines than from the original preparations. Pharmaceutical companies should thus make appropriate preparations for the expiry of patent protection on their blockbuster drugs.

Although the Federal Act on Medicinal Products and Medical Devices prohibits the sale of medicines by post, the Swiss cantons are nonetheless entitled to issue authorisations for e-pharmacies if the following conditions are met:

Some cantons have issued authorisations for e-pharmacies accordingly.

In order to determine whether the safety requirements are met, one e-pharmacy requested consumers who ordered OTC medicines online to complete a questionnaire before the medicine was dispensed. In September 2015, in Cases 2C_853/2014 and 2C_934/2014, Apotheke Zur Rose, the Federal Supreme Court held that this procedure was insufficient to determine whether the safety requirements were met. The court found that a questionnaire cannot replace a personal meeting with a physician or pharmacist. As a result of this decision, Swiss e-pharmacies can still distribute prescription medicines as before, but OTC medicines must now also be accompanied by a prescription. Consequently, e-pharmacies are now at a clear competitive disadvantage compared to traditional pharmacies when it comes to OTC medicines. 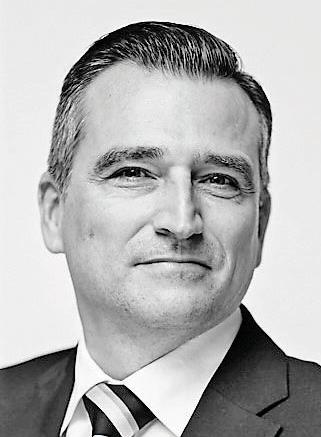 Dr Flury’s practice focuses on trademarks and distinctive signs, encompassing trademark litigation, prosecution and enforcement of all types of trademark. His expertise includes strategies for the global registration and policing of trademarks in the pharmaceutical and cosmetics industries. Dr Flury is guest lecturer at the University of Applied Sciences and Arts Northwestern Switzerland and author of professional and newspaper articles in the field of intellectual property.