The Trademark Law is expected to be fully amended by March 2019, in order to align it with the EU Harmonisation Directive (2015/2436).

OSIM is the body responsible for granting trademark protection in Romania. The Trademark Law was most recently amended in May 2010 in order to harmonise it fully with the EU directives and bring it into line with the EU Community Trademark Regulation with regard to examination criteria.

With regard to the forthcoming amendment of the Trademark Law, many contend that ex officio examination for prior rights should be reintroduced, given the large number of identical or almost identical marks that have been registered under the current law.

The first kind of provision has a significant influence on the definition of ‘the public’, as in the case of prescription drugs, the patient theoretically has little input in the choice of medicine; thus, the risk of confusion remains for pharmacists and doctors. However, in practice, the situation is different, as most pharmacists will dispense some prescription drugs without a prescription (mainly antibiotics) if the patient is known to the pharmacist as a regular customer. This aspect has been invoked in cases of oppositions and extensively debated during OSIM Board of Appeal hearings. At present, there is no coherent approach; some decisions take into account the impact of differentiation between OTC and prescription drugs on the overall risk of confusion, while others simply ignore it.

The second kind of provision refers to the lists of drugs that are subsidised by the state. Such lists are published annually by the House of Insurance (the social security body). The current version of the lists comprises the commercial denominations – that is, the trademark and not the international common denomination. The doctors choose from this list and the pharmacist must dispense the exact medicine prescribed, and not another drug with the same pharmaceutical formula. This reduces the risk of confusion between medicines; however, if the prescribed drug is unavailable, the patient must return to the doctor to have a different medicine prescribed.

The lists include patented drugs and generics listed in alphabetical order. In some earlier versions of the lists, there was a version comprising only the international common denomination, which made the risk of confusion among doctors and pharmacists quite significant.

According to the principle of exhaustion of rights, the rights holder loses its right to control the distribution of the goods once the medicinal product has been put on the market in any EU or European Economic Area member state, so that the product can be traded freely by authorised wholesalers in any of these countries.

Romania joined the European Union on January 1 2007. As a consequence, the responsibility of Romanian Customs to protect the external borders of the European Union increased considerably, as Romania shares major borders with non-EU countries. In 2016 a total of 1,461,845 items were seized by Customs, with a value of around €77 million. However, pharmaceutical goods are not among the top 10 types of product most commonly seized, according to information provided by the National Customs Authority. 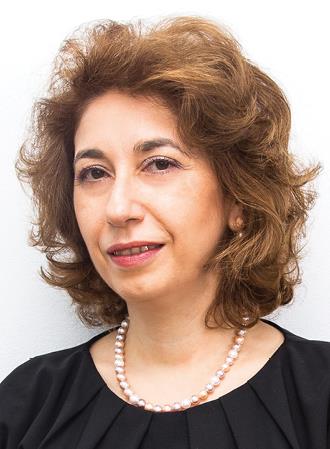 Raluca Vasilescu is a patent and trademark attorney, and has been a partner at Cabinet M Oproiu since 1995. She specialises in patent and trademark prosecution, including related appeals and litigation. She has authored numerous articles, as well as the Romanian chapter in Enforcement of Intellectual Property Rights Through Border Measures (Vrins/Schneider, Oxford University Press, 2012). She also contributed to the first edition of commentaries on the EU Community Trademark Regulation and the Community Design Regulation published by CH Beck in Spring 2015; a second edition of both commentaries is expected in 2018.