According to the Industrial Property Law, any sign that can be represented graphically and is able to distinguish products, services or industrial or commercial establishments may be registered as a trademark. Such signs may consist of words (including the names of persons), letters, numbers, figurative elements (eg, images, graphics and symbols), colour combinations, sounds and any combination of these elements.

Chilean law also allows the registration of signs that are not intrinsically distinctive, provided that they have acquired distinctiveness through use in the national market.

Slogans or advertising phrases may also be registered, provided that they are linked or ascribed to a registered trademark of the product, service or commercial or industrial establishment for which they are to be used.

Further, the Industrial Property Law stipulates 11 absolute and relative grounds for the refusal of a trademark application.

Pharmaceutical trademarks are usually subject to the refusal grounds set out in Articles 20(b), (e), (f), (g), (h) and (i), which establish that registration of a mark may not be granted if it contains:

Under the Industrial Property Law, trademarks must be graphically represented. Therefore, three-dimensional, holographic, gestural, olfactory and gustatory marks are not registrable.

Both the industrial property and health legal frameworks forbid the use of signs that resemble international non-proprietary names (INNs).

Decree 3/2010 provides that a pharmaceutical product cannot be identified by a trademark or any other sign identical or similar to an INN or to a chemical or generic denomination.

By the same token, an absolute ground for refusal is established in Article 20(b) of the Industrial Property Law, which prohibits the registration of trademarks containing technical or scientific denominations, common international denominations (ie, INNs) recommended by the WHO and those indicative of therapeutic action. Moreover, pharmaceutical trademarks that are found similar to INNs may be regarded as descriptive, generic or indicative.

The Chilean Trademarks Office (INAPI) has issued several decisions rejecting trademarks that were deemed to contain a sign resembling an INN. In Recordati SPA v INAPI (Application No 124350) it was held that the applied-for pharmaceutical trademark FENTICONAZOL corresponded to an INN recommended by the WHO and was therefore unregistrable.

In Distribucion y Servicio D&S SA v The Procter and Gamble Company (Application No 566948; 3741-02) INAPI established that a mark resembling an INN also fell within the absolute ground for refusal laid down in Article 20(e) of the Industrial Property Law, given that the applied-for trademark lacked distinctiveness in a broad sense, since the sign PANTENOL was commonly used in the market to designate a type of alcohol (and provitamin) included in cosmetic products.

Chilean legislation recognises the international exhaustion of rights, meaning that the rights conferred by a trademark registration do not authorise the rights holder to prevent third parties from using the mark in relation to products legitimately commercialised by the rights holder or with its consent.

Regarding the repackaging of pharmaceutical products by a parallel importer, this should not be undertaken in order to obtain any type of commercial advantage, but rather only to comply with legal packaging requirements (eg, regarding language and minimum information) for marketing authorisation.

The owner of a pharmaceutical trademark that has been infringed may file a civil lawsuit seeking:

This proceeding is to be handled by first-instance civil courts and is subject to a special procedure known as juicio sumario, which is a shorter version of the regular ordinary procedure, comprising the filing of the suit, a conciliation/settlement hearing, the evidentiary period and the issuance of the decision.

A criminal action can be instituted by either reporting an offence to the police, a judge or the Public Prosecutor’s Office, or by lodging a criminal complaint directly before a guarantee court.

Chilean law sets out a number of criminal offences regarding the infringement of trademarks. For instance, Article 28 of the Industrial Property Law sets out the conditions for the imposition of fines – ranging from $1,800 to $70,000 – on any party which maliciously uses, for commercial purposes, a trademark that is identical or similar to another mark that is registered to distinguish goods, services or establishments that are the same as or related to those protected by the registered trademark. This fine may also be imposed on those who make unauthorised commercial use of containers or packaging bearing a registered trademark.

Moreover, Articles 185 and 190 of the Criminal Code penalise trademark counterfeiting, establishing penalties including deprivation of liberty (61 days to five years) and fines ranging from $450 to $1,500.

Before filing a lawsuit or during the trial, the plaintiff is legally entitled to request the grant of a preliminary injunction for the following (among other things):

A pharmaceutical trademark owner is also entitled to file an unfair competition lawsuit before first-instance civil courts against any person or entity engaging in unfair competition practices (ie, any conduct contrary to good faith or good business practices which is intended to deviate clientele from another market player through illegitimate means).

The Unfair Competition Act sets out a non-exhaustive list of practices that are deemed unfair, including any conduct taking undue advantage of another’s reputation, goodwill or work, and which induces consumers to confuse one’s own goods, services, activities, distinctive signs or establishments with those of a third party.

In order to comply with the commitments that were undertaken by Chile in the context of the Agreement on Trade-Related Aspects of Intellectual Property Rights, Congress enacted Law 19.912, which enshrines both ex parte and ex officio border control procedures.

Ex parte enforcement: Rights holders may initiate a judicial process for the detention by Customs of goods which they have valid grounds to suspect are counterfeit. To initiate the procedure, the rights holder must submit a written application before a civil court requesting the suspension of customs clearance of counterfeit goods, along with sufficient evidence that there is prima facie infringement of IP rights (in this case, pharmaceutical trademark infringement). Once the court has issued the suspension, it must be notified to both the infringer and Customs.

The suspension has a duration of 10 working days from the date of notification or the date of the arrival of the goods. During this period, the rights holder must file a civil or criminal action for trademark infringement along with requesting the measure to be maintained.

Ex officio enforcement: Customs is legally empowered to act on its own initiative to temporarily suspend the release of products if, from an examination of such goods, they seem likely to be counterfeit or to infringe other IP rights. If this is the case, Customs will inform the rights holder (or its legal representative in Chile – usually the law firm that registered the trademark in the country) of the alleged infringement.

Once issued, the measure has a duration of 10 working days, within which the rights holder is entitled to exercise its rights and file a criminal action requesting the court to maintain the suspension measure. If no action is initiated within this period, Customs will revoke the measure.

The manufacture, import, possession, distribution and transfer of adulterated or counterfeit drugs are prohibited by the Sanitary Code, which empowers health authorities to confiscate them and instruct an administrative proceeding against infringers.

Under this administrative procedure, the Institute of Public Health may impose fines ranging from $75 to $65,000 (repeat offenders may be subject to pay double the original fine) and other penalties, such as the closure of the establishment, premise or building where the offence occurred. Moreover, the Sanitary Code permits the confiscation and destruction of adulterated or counterfeit drugs.

Further, Decree 3/2010 requires the advertising of medicines to be previously authorised by the Institute of Public Health.

Both the Sanitary Code and Decree 3/2010 prohibit any kind of publication, projection, transmission or other audiovisual advertising system by which products that have not been authorised by the Sanitary Authority are promoted or offered as ‘medicinal’. Failure to comply with this requirement may result in the temporary suspension of the advertising activity and the imposition of fines (ranging from $75 to $65,000). Repeat offenders may be subject to pay double the original fine.

The Code of Advertising Ethics sets out advertising self-regulatory ethical rules, principles and guidelines regarding the advertising of pharmaceutical products. The code establishes that the advertising of over-the-counter medicines must be in line with the information provided in the product’s marketing authorisation process.

Moreover, the code prohibits the use of:

Finally, prescription drug advertisements aimed at health practitioners are permitted, but cannot take place through mass media, social media, websites or any other form that is accessible to the general public.

The expiration of the legal protection of a particular pharmaceutical product constitutes the milestone at which generic medicines can be marketed in Chile.

Pursuant to Article 195 of Decree 3/2010, medicines can be sold only in pharmacies, pharmaceutical stores and similar establishments authorised by the Sanitary Authority (Article 196). Further, the promotion of pharmaceutical products is allowed only in relation to over-the-counter medicines.

The Institute of Public Health has continuously held that medicines offered online pose a major sanitary risk to public health, as they could be counterfeit, expired, stolen, non-authorised or even toxic/banned products.

Pharmaceutical trademarks can be registered as domain names. The Chilean top-level domain is ‘.cl’, which is under the authority of NIC Chile.

Trademark owners are entitled to file a revocation action against a domain name containing a sign or word that is identical or similar to their registered mark(s) within 30 days of its registration. In order to file this action, the trademark owner must invoke a preferential interest with regards to the sign or word (eg, IP rights and trade names).

If the revocation action is instituted after the aforementioned 30-day period, the complainant must demonstrate that the registration was abusive. To do so, the plaintiff must prove that: 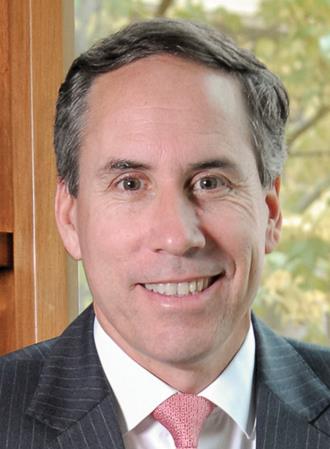 Francisco Silva Dorado is a partner and oversees the trademark, patent and entertainment, media and sports departments at Silva. He graduated with an LLB from Pontificia Universidad Católica de Chile and with an LLM from Washington College of Law, American University, Washington DC. Before joining Silva, he worked in the respected US law firm BakerHostetler. His practice focuses on major international trademark and patent cases in a variety of industries on behalf of key clients. He serves on committees of the International Trademark Association and holds other professional memberships. Frequently sought to speak and moderate on IP topics, he has particular expertise in trademarks, patents, regulatory, entertainment and sports law. 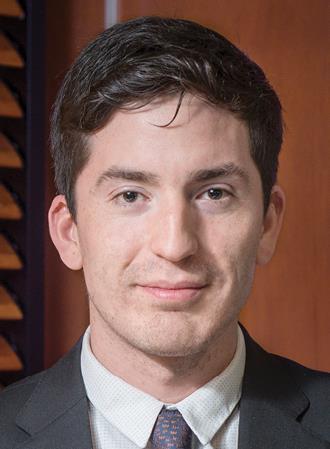 Francisco Aravena Riveros is an associate in Silva’s trademark and IT departments. He obtained his law degree from the University Adolfo Ibánez. He holds an LLM in information and communication technology law from the University of Oslo, Norway. He focuses his practice on assisting foreign undertakings in regards to all aspects related to trademark prosecution and IT matters. His areas of expertise include trademark law, copyright, unfair competition, data privacy and e-commerce, among others.