Both regimes conduct independent and separate reviews and focus on distinct aspects of the pharmaceutical trademark.

All pharmaceuticals in Brazil must have an ANVISA health registration. When granted, these registrations are generally valid for five years and can be renewed for equal and successive periods.

When analysing an application for a health registration, ANVISA considers (among other things) the health risks involved and the name under which the pharmaceutical will be sold. When analysing the names of pharmaceuticals, ANVISA takes into consideration the pharmaceuticals that are registered in its database and that are currently sold in the Brazilian market. As of December 22 2017, ANVISA will observe BPTO trademark registrations as an additional element in its independent analysis.

In 2014 the Ministry of Health and ANVISA promulgated Health Regulation RDC 59/14, which applies to all pharmaceuticals that are subject to registration but exempts both generics (which are identified by the main ingredient) and vaccines (which still cannot be identified by trademarks in Brazil). RDC 59/14 establishes that the names of pharmaceuticals should preferentially:

The 2014 resolution prohibits the use of:

Finally, complements of names of pharmaceuticals that are nothing more than commonly used words – such as BEBE (BABY), SENIOR, AEROSOL, GOTAS (DROPS), PLUS, NOITE (NIGHT) and DIA (DAY) – can be used to distinguish methods of administration, pharmaceutical form, target population, absorption and effectiveness, but are not capable of exclusive appropriation, and their registration will be conditional on a substantiated justification by the claimant.

As can be seen, RDC 59/14 introduces a subjective element into the analysis of the names of pharmaceuticals, as well as more specific regulation in relation to the family of pharmaceuticals and the complements of their names. This allows for the analysis of possible conflicts taking into consideration all the particularities of each case; it is not intended to interfere in the registration of trademarks with the BPTO and has a clear focus on health risk analysis, which is the primary responsibility of ANVISA.

Pharmaceutical trademarks and the BPTO

Of relevance to pharmaceutical trademarks, the IP Law establishes that the following are not eligible for registration:

Although case law provides little guidance in this area, in 2011 the Superior Court of Justice – the highest court in Brazil other than the Supreme Court – ruled on pharmaceutical trademarks. That decision provided clarification on granting pharmaceutical trademarks and demonstrates a higher tolerance for similar pharmaceutical trademarks, especially if they comprise elements that derive from the name of the compounds used to make the drug, the treated disease or the target organ – at least in circumstances where there is no risk to public health.

In Ache v Pharmascience (Special Appeal 1.105.422/MG) the Superior Court of Justice considered an infringement suit filed by Ache, holder of the pharmaceutical trademark SORINE, against Pharmascience, holder of the pharmaceutical trademark SORINAN. The court upheld the lower court’s decision and found that there was no infringement since both trademarks were used for products made of sodium chloride, informally known in Brazil as ‘Soro’ – therefore, ‘Sor’ was generic and not subject to exclusive rights. The court noted that the standards for establishing a likelihood of confusion regarding pharmaceutical trademarks are higher, not only considering the circumstances, but also because consumers buy drugs based on either the price or the reputation of the company that manufactures the product.

Therefore, pharmaceutical companies should take extra care when selecting trademarks, and ideally should seek local assistance to check for conflicts with other pharmaceutical trademarks and to ensure that the trademark is sufficiently distinctive.

Even after registration, a rights holder should bear in mind that it risks losing its rights at the request of any party with a legitimate interest if the mark has not been used in Brazil within five years of the BPTO granting the registration, unless there is a legitimate reason for non-use.

The IP Law establishes a system of national exhaustion and does not tolerate parallel importation. Although there is no settled case law regarding repackaging, this is possible only after an agreement has been reached with the rights holder and if all regulations enacted by ANVISA governing the repackaging of pharmaceutical products – notably Resolution 71/09 – are met.

Counterfeit drugs are a significant problem in Brazil and preventing the infringement of IP rights demands serious, ongoing efforts. One of the most effective ways to prevent counterfeiting is to implement border measures. For example, Customs may seize products suspected of trademark infringement and warn the rights holder, which must file an infringement suit within 10 days to avoid release of the products by Customs. Accordingly, a rights holder should keep Customs informed about its rights. The rights holder should be vigilant and take the necessary measures to protect its rights actively, such as by sending warning letters and informing the authorities of any wrongdoing.

With regard to the enforcement of pharmaceutical trademarks, the rights holder can bring a criminal complaint, with the potential penalties including imprisonment of between three months and one year, a fine and a civil complaint.

A civil complaint usually includes requests for an injunction to prevent the defendant from continuing the infringement and for damages. Protection extends to translated or conceptually identical but graphically different trademarks. Further, dilution may be an additional cause of action, since a suit may be filed to maintain “the material integrity or reputation” of a registered trademark, as expressly established by the IP Law.

Preliminary injunctions, including ex parte injunctions, may be obtained. As a general rule, the plaintiff must submit substantive evidence to demonstrate:

Thus, urgency is typically an important requirement: the plaintiff must show the court that it may suffer irreparable or near-irreparable harm if an immediate decision is not granted. A judge will not grant an injunction if there is a risk that such decision is irreversible. In regards to pharmaceutical trademarks, the judge will focus on avoiding risks to public health rather than protecting the rights holder’s commercial interests.

Regarding damages awards, it is usually possible to obtain indemnification for actual damages, lost profits and moral damages. Lost profits are determined by whichever of the following criteria is most favourable to the plaintiff:

Moral damages are usually available – and often awarded as de facto punitive damages – if the infringement caused damage to the reputation of the rights holder.

In a typical infringement suit, the plaintiff must file a complaint brief with a state trial court, indicating its claims, legal arguments and the remedies sought. The defendant must file an answering brief; otherwise, the case will be decided by default. The plaintiff usually then has the opportunity to file a reply brief.

There is then a mandatory conciliation hearing to encourage the parties to settle the case. If settlement is not possible, the parties will initiate the evidence production phase, which usually includes expert examination and witness testimony. Finally, the judge will issue a decision on the merits. If the plaintiff wins, the judge will often prefer to calculate the damages award at a later stage. A decision on the merits is subject to an appeal to a state appellate court. Further appeal to the Superior Court of Justice and the Supreme Court may also be available.

Prescription pharmaceuticals can be advertised only to health professionals, provided that some mandatory information is provided. Only over-the-counter drugs can be advertised to the public, provided that all legal and regulatory requirements are met. A product cannot be advertised before its marketing approval has been issued by ANVISA – not even to health professionals. However, it is permitted to discuss information regarding such a product at scientific meetings, provided that the discussion does not aim to induce the prescription, distribution, purchase or use of a pharmaceutical. This restriction is the same for off-label information.

ANVISA defines ‘advertisement’ as techniques and activities of information and persuasion with the objectives of disseminating knowledge, making a product or brand better known and aiming to influence the public through actions intended to promote or induce the prescription, distribution, purchase and use of a pharmaceutical.

The most relevant authority in charge of supervising the advertising of pharmaceuticals is ANVISA’s Office of Advertising, Publicity, Promotion and Information of Products Subject to Sanitary Surveillance. It is possible to file an appeal before the ANVISA board of directors to challenge any decision issued by that office.

Advertisements need not be approved in advance, but the authorities have the power to stop further publication of an advertisement and to order a corrective statement. The potential penalties for failure to comply with the rules governing the advertising of pharmaceuticals are:

Competitors may also take direct action through the courts. In addition to the competent health authorities, a self-regulatory system is supervised by the Self-Regulatory Advertising Council (CONAR), which verifies whether an advertisement accords with the Self-Regulation Advertising Code. The self-regulatory system is very effective, since most radio stations, television channels and publishers are members of CONAR and will immediately cease the dissemination of an advertisement if CONAR so decides.

There are three different classes of pharmaceutical in Brazil:

Because a generic pharmaceutical is interchangeable with the reference pharmaceutical, generic substitution is possible and may be suggested by the pharmacist, unless the prescription specifically disallows substitution.

Trademarks can be enforced against domain names and even against metatags. Conflicts between trademarks and domain names are common and may be resolved by arbitration, among other methods. WTR 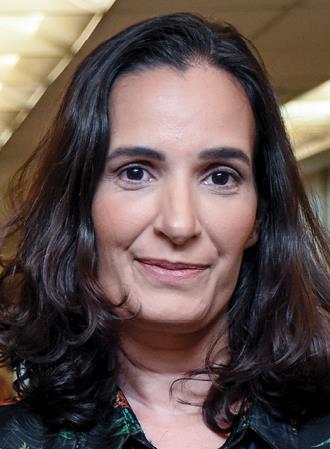 Isabella Cardozo joined the firm in 1998 and became head of the trademark department in 2015. Her multidisciplinary practice emphasises managing large portfolios in various market segments, such as pharmaceuticals, cosmetics, fashion and consumer goods, and developing corporate strategies for the development and protection of intellectual property. She also leads a team that focuses on legal consultancy relating to trademarks, as well as providing portfolio management for international clients in various market segments, handling judicial and extrajudicial cases relating to trademark rights violations and crimes of unfair competition, and conducting due diligence relating to trademark issues, including analysis of registrability of marks and planning corporate IP strategies. 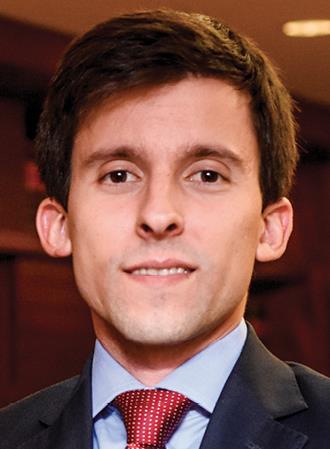 Ricardo Nunes is licensed to practise in Brazil and New York and is one of Brazil’s top IP experts, with extensive experience in high-stakes multi-jurisdiction litigation. His practice focuses on complex IP and food and drug disputes, with particular emphasis on the pharmaceutical and biotech fields. He holds an LLM degree in IP law, summa cum laude, from The George Washington University Law School (United States) and a master’s degree in regulation from Fundação Getúlio Vargas (Brazil), and is a law professor at the Catholic University of Rio de Janeiro (Brazil). He is the vice chair of the Latin American Practice Committee of the Intellectual Property Owners Organisation and a frequent speaker at international conferences.