The Design Act was amended in 2002 to reflect changes at EU level to harmonise IP laws within the European Union. As a result, Swedish design law is largely consistent with the rules that apply in other EU member states. Cases handed down by the EU courts and legal literature regarding the EU design system are, in many cases, also relevant for the interpretation of the Design Act.

The design will still be considered new if priority is claimed and the design was not made public before the priority date. A 12-month grace period applies in the event that the design was made public by the designer or with his or her permission, or as result of abuse in relation to the designer. A third limitation of the novelty requirement concerns the relevant trade groups; if the design could not reasonably have been known by the relevant trade groups within the European Economic Area, it will be considered new even if it is already known for purposes unrelated to the business of that trade group. In this way, designs can be reinvented for new uses.

A design registration can still be removed from the register after the opposition timeframe has lapsed as a result of a cancellation action before the Patent and Market Court.

Unauthorised use of design rights valid in Sweden can be addressed through infringement proceedings before the Patent and Market Court. Criminal proceedings are available in acute cases, but these provisions of the Design Act are seldom used.

It is common in Sweden to request preliminary injunctions as part of an infringement action. Such a request cannot be filed independently of a full court action. A bank guarantee or similar must be filed before the interim request can be granted, sometimes amounting to significant sums. The guarantee will be used to compensate the alleged infringer in the event that the interim injunction is granted without proper cause. Nevertheless, interim injunction requests are common. Apart from possibly putting an end to the infringement (at least temporarily), an interim injunction often serves as a means to secure a speedy settlement between the parties. As an interim injunction is granted only in the event that the court finds it likely that the plaintiff will ultimately succeed, the parties often see the court’s decision as an indication of their chances in the proceedings. As a result, the majority of infringement cases do not remain in the courts long enough for a final court decision and case law in this area is thus sparse.

The Patent and Market Court and the Patent and Market Court of Appeals were established to improve the quality and reduce the processing time of IP cases brought to court. They opened on September 1 2016. It is too early to state how long these new courts will need to hand down decisions. The Stockholm District Court, which was previously the first-instance court deciding most design infringement cases, would usually spend one or two years on an infringement case in full. Appeal proceedings would, as a rule of thumb, take about half as long as first-instance proceedings. However, appeal proceedings sometimes become rather protracted, depending on the court’s workload and the parties’ procedural strategies. The duration of the proceedings will be the same irrespective of whether the right in question is a registered or unregistered Community design or a Swedish national design.

A number of matters of legal procedure speak in favour of keeping the PRV register updated:

The Copyright Act explicitly stipulates that copyright may overlap with design rights for the same object (discussed above). The design object and the copyright object are usually created by the same person and both rights naturally rest in the same hands. In the event of assignment of a registered design, it is prudent to include a transfer of copyright in the assignment agreement in order to avoid separation of the two forms of exclusive right. In the event of the coincidence of a prior copyright interfering with a later design right created by another party, the design right would normally be considered invalid due to lack of novelty. Since copyright need not be registered under Swedish law, a prior copyright may come as a surprise. 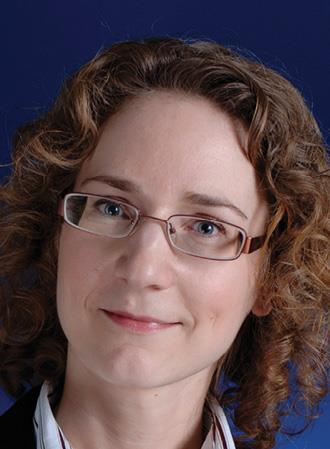 Anita Gillior is an attorney at law at Awapatent AB. She graduated with an LLM from Lund University and also studied law at Université Robert Schumann in Strasbourg for one year. After serving as a court clerk and later spending five years as an associate at one of Sweden’s major business law firms, primarily handling litigation and arbitration cases, she joined Awapatent to specialise in IP law. She is now active across the entire IP field. Ms Gillior has a special interest in commercial advice, contracts and dispute resolution. She is also a popular lecturer. 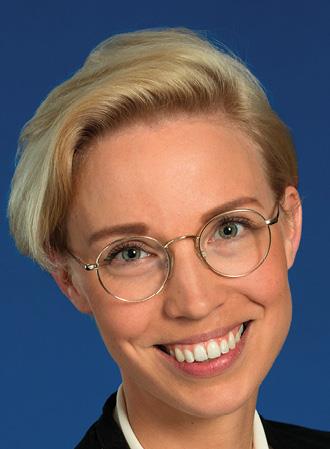 Emelie Fyhrqvist is an associate at Awapatent AB. She graduated with an LLM from Uppsala University, which included one semester of IP law studies at Utrecht University in the Netherlands. Before joining Awapatent in December 2015, Ms Fyhrqvist served as a reporting clerk at the Falun and Uppsala Administrative Courts. At Awapatent, she works mostly with trademark and design matters. Ms Fyhrqvist recently published an article in the journal Nordiskt Immateriellt Rättsskydd entitled “Can Digital 3D Pictures be Protected as Catalogues or Data Bases?”.