The United States offers protection for designs in a formal application procedure resulting in a design patent. Design patents protect the non-functional ornamental features of articles of manufacture. Title 35 of the US Code (35 USC) comprises the laws relating to patents, including design patents. The rules implementing these laws are found in Title 37 of the Code of Federal Regulations (37 CFR).

The United States offers protection for designs in a formal application procedure resulting in a design patent. Design patents protect the non-functional ornamental features of articles of manufacture.

Title 35 of the US Code (35 USC) comprises the laws relating to patents, including design patents. The rules implementing these laws are found in Title 37 of the Code of Federal Regulations (37 CFR).

The permissible subject matter of design patents is defined in 35 USC §171, which states that “[w]hoever invents any new, original and ornamental design for an article of manufacture may obtain a patent therefor, subject to the conditions and requirements of this title”.

Transnational design protection will be facilitated by the Patent Law Treaties Implementation Act 2012 implementing the Hague Agreement Concerning International Registration of Industrial Designs, to which the United States is a party. The act added Chapter 38, International Design Applications, to the patent law (found at 35 USC §381 to §390). The act will not take effect until the treaty “enters into force with respect to the United States”, which will happen when the United States submits its instrument of ratification. This will occur only after the US Patent and Trademark Office (USPTO) has established the rules to be codified in the Code of Federal Regulations. Until the act is in force, foreign applicants must comply with the existing design patent law.

Other IP laws relating to copyright, trade dress and trademarks can be used to enhance design protection in some circumstances.

Where federal trade dress law is relied on, the design must:

State trademark law can protect unregistered designs where a design is used or sold not in interstate commerce, but only in commerce within a single state.

Copyright laws afford protection for unregistered designs as soon as the design is fixed in a tangible medium, provided that the design is an original work and not dictated by function. However, in order to sue on an unregistered copyright in federal court, the copyright must first be registered.

Statutory protection of designs requires a formal application procedure through the USPTO. The inventor of a design or its assignee can apply for a design patent.

As presented above, 35 USC §171(a) states that any new, original and ornamental design for an article of manufacture may be patented, subject to the “requirements of this title”. These requirements are the same as those that apply to utility patents.

The application must be submitted with a specification that meets the content requirements of 35 USC §112; otherwise, a filing date will not be granted. This requires suitable drawings, a specification “that contain[s] a written description of the invention, and of the manner and process of making and using it, in such full, clear, concise, and exact terms as to enable any person skilled in the art to which it pertains, or with which it is most nearly connected, to make and use the same”. A single claim must also be included in the specification.

The claimed design must be original (eg, not merely a simulation of well-known or naturally occurring things or people) and not dictated solely by function. In addition, the design must not have been disclosed before to the public (with certain one-year exceptions for disclosures by the inventors) as required by 35 USC §102. The design must further not be obvious to one having ordinary skill in the art as specified by 35 USC §103.

Only if the application and the design claimed meet these formal and substantive requirements of Title 35 will a design patent be granted.

The term of a design patent is 15 years from the date of grant.

The total official fee for filing a design patent application is $760. There is an additional design application size fee of $400 for every 50 pages over 100 pages, which is rarely incurred. If the application is granted and passed to issuance, a design issue fee of $560 becomes due.

There are no maintenance fees or other post-issuance fees for US design patents.

Design patent applications are not published until issued.

In order to obtain a filing date, an applicant for a design patent must submit at least one drawing and a written description containing a single claim.

The single claim is commonly limited to a recitation claiming the article shown in the drawings. It is thus the drawings themselves that define the limitations of the claimed design. The claim should identify the same article as the title.

A declaration by the inventor in compliance with 35 USC §115 must be submitted at some point during the pendency of the application (ideally with the initial filing, to avoid late fees).

After filing of a suitable application, substantive examination of a design patent application will normally occur within one or two years.

Multiple inventive embodiments can be included in a single design application, but the USPTO will require restriction to a single patentable embodiment. Each patentably distinct embodiment must be pursued in a separate divisional application.

Once filed, the USPTO performs a search to find relevant prior art. The design is then evaluated against the prior art for novelty and non-obviousness. The USPTO can issue an office action rejecting the application if relevant suitable prior art is found.

Prior art rejections are not common in design applications, but they do occur. If an amendment to the claim scope is needed, the rules allow for phantom lines to be converted to solid lines and vice versa, to vary the scope of the claim.

If all rejections are overcome, a notice of allowance will issue requesting payment of issue fees.

Derivative applications (eg, divisional applications and continuation applications) can be filed at any time during pendency (until abandonment or issuance) in order to pursue other embodiments or other aspects of the design.

A design patent is enforced against an accused product in federal court. 35 USC §289 defines at least some acts of infringement. A design patent is infringed if a person “(1) applies the patented design, or any colorable imitation thereof, to any article of manufacture for the purpose of sale, or (2) sells or exposes for sale any article of manufacture to which such design or colorable imitation has been applied”. The provisions of 35 USC §271 that define utility patent infringement also apply to design patents.

The test used to determine infringement is a judicially created test referred to as the ‘ordinary observer’ test – if an ordinary observer familiar with the prior art designs would be deceived into believing that the accused product is the same as the patented design, the accused product is infringing. This is similar to the likelihood of confusion analysis for trademark infringement, except that design distinctiveness is not a prerequisite for infringement of a design patent.

Remedies for infringement include equitable remedies (eg, injunctive relief) and legal remedies (eg, monetary damages). 35 USC §289 states that an infringer “shall be liable to the owner to the extent of his total profit, but not less than $250”.

In the alternative, remedies afforded under 35 USC §284 (eg, lost profits) may be obtained. Where wilful infringement can be proved, treble damages may be awarded and can exceed the value realised under 35 USC §289.

Injunctive relief requires a showing of irreparable harm to the patent holder if the defendant is to be enjoined from continuing infringement.

Litigation for design patent infringement can extend for months, and even years, in the US federal court system.

The USPTO has an assignment recordation database which records assignments of ownership. 35 USC §289 states that “[a]n interest that constitutes an assignment, grant or conveyance shall be void as against any subsequent purchaser or mortgagee for a valuable consideration, without notice, unless it is recorded in the Patent and Trademark Office within three months from its date or prior to the date of such subsequent purchase or mortgage”. It is advisable to record assignments, liens or other conveyances to avoid subsequent title issues.

Trade dress and copyright are related to design patents, but are different.

Infringement analysis requires a showing of traditional trademark infringement, such as a likelihood of confusion as to source between the trade dress and the accused dress.

Copyright laws also protect designs, but the similarities between copyright and design patents are limited. A copyrighted design must be original and non-functional such that the creative design must be separable from functional aspects of the object. Copyright has a registration process, but does not undergo substantive examination against the prior art. The term of a copyright is the life of the author plus 70 years or, if a work is made for hire, 95 years from the date of publication or 120 years from the date of creation, whichever is first. In addition, copyright has statutory damages that a plaintiff can pursue, unlike design patents.

Trade dress, copyright and design patent rights are not mutually exclusive. It is advisable to pursue as many paths for non-functional designs as possible to maximise protection in the United States. 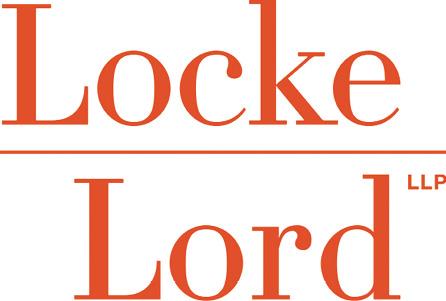 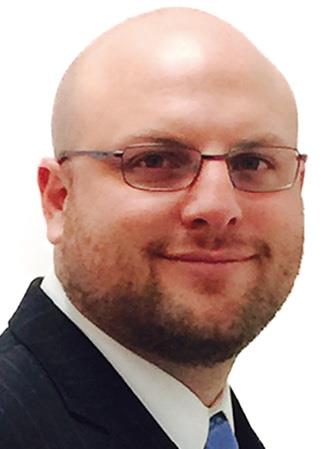 Daniel Fiorello is an associate in the firm’s IP group, where he focuses his practice in fields of technology including mechanical arts, fluid mechanics, aerospace systems, aircraft systems, aerodynamics, power generation systems, photovoltaics, electro-optical systems, nanotechnology and medical arts. Before Locke Lord, Mr Fiorello worked in the technology transfer office of the University of Central Florida as a patent agent and as a patent attorney at a New York IP boutique firm, where he primarily prepared and prosecuted patent applications in various fields of technological arts, including medical devices, mechanical devices, electro-mechanical devices, electrical systems, materials science and software.