In France, the protection of designs is governed by the French IP Code as amended by Ordinance 670/2001, which implemented the EU Designs Directive (98/71/EC). Under the doctrine of l’unité de l’art, designs are cumulatively protected in France under both copyright (Articles L111-3 and following of the code) and design law (Articles L511.1 and following of the code). According to this doctrine, and although the conditions for protection under the two regimes are different (‘originality’ for copyright and ‘novelty and individual character’ for design law), the French courts previously mixed the criteria and regularly held that a registered design was eligible for protection under both copyright and design law when it was demonstrated that the design was new and benefited from an individual character, thus characterising the author’s personality (‘originality’) and enabling copyright protection (Paris Court of Appeal, Pole 5, Ch 1, November 28 2012, SAS The Kooples Diffusion v Société Gysele; Paris Court of Appeal, Pole 5, Ch 2, December 9 2011, Ana Maria Blome GmbH v SARL Stephane Corler; Paris Court of Appeal, Pole 5, Ch 2, January 14 2011, SAS Interiors v Vincent C Holding).

Under French law, any appearance or packaging of the whole or part of a product, including any two or three-shaped figures, which differs from other existing products by “one or several exterior aspects giving it its own and new physiognomy” (Article L511-3 of the code) is eligible for protection as a design. Designs can be nearly anything – for example, lines, shapes, colours, textures, materials, industrial or natural products, packages, presentations, graphic symbols and fonts. The only elements which cannot be assimilated to a design or a model are:

Under French law, an unregistered design is eligible for copyright protection if the owner can demonstrate that the design is ‘original’, meaning that the design shows the author’s personality in its creation.

A design can also be protected as an unregistered Community design by virtue of Article 11 of the EU Community Designs Regulation (6/2002), provided that it complies with the condition of novelty, has individual character and has been disclosed to the public within the European Union (ie, it has been published, exhibited, used in trade or otherwise disclosed in such a way that, in the normal course of business, these events could reasonably have become known in the relevant sector operating within the European Union). For example, the French courts have protected as an unregistered Community design a design disclosed in the European Union through the diffusion of a catalogue and the realisation of a press campaign (Paris Court of Appeal, February 8 2013, Ash Distribution v Christian Dior Couture).

An unregistered Community design is protected for a period of three years from the date on which the design was first made available to the public within the European Union (Paris Court of Appeal, July 6 2012, SA Christian Dior Couture v Versace France).

Under French law, the rights in a design are granted to the creator or its successor in title (Article L511-9 of the code). In accordance with case law, in principle, if the author of the design does not claim ownership of it, a corporate entity which markets a product bearing or embodying the design under its own name is presumed to be the owner of the unregistered Community design (Ash Distribution v Christian Dior Couture).

This rule also applies to registered and unregistered designs which are protected by copyright.

A registered design is new when no identical design has been disclosed before the filing date of the application for registration or before the date of the priority claim. Two designs are deemed to be identical if they differ in only insignificant details.

Any publication or disclosure of an identical design, including by the designer or another party, anywhere in the world by any means (including use or filing of a patent, trademark or prior registered design), may result in a determination that a subsequent design is not new.

However, the absolute nature of the novelty requirement is slightly mitigated, as a design will not be considered to have been made available to the public if the disclosure of the design “could not reasonably have become known, according to the normal course of business in the sector concerned, by professionals operating in the European Community, before the date of filing of an application for registration or before the date of priority claimed” (Article L511-6 of the code).

A design has individual character when it produces on an ‘informed observer’ an overall visual impression which differs from any design disclosed before the date of filing of the registration application or before the priority date (the definition of ‘informed user’ provided in the Community Designs Regulation has been replaced by the notion of ‘informed observer’ in French law). To assess individual character, the French court must consider the designer’s degree of freedom in developing the design.

The Supreme Court held (C Cass, com, April 3 2013) that the informed observer is not the customer for whom the product is intended, but rather an observer with particular vigilance by virtue of his or her personal experience or extensive knowledge of the sector. This definition is similar to that given by the European Court of Justice (ECJ) for Community designs (ECJ, October 20 2011, Case C-281/10 P PepsiCo Inc v Grupo Promer Mon Graphic; ECJ, October 22 2011, Cases C-101/11P and C-102/11P, Neuman v José Manuel Baena Grupo).

The design must not be dictated solely by its technical function. Design protection is not granted to features of appearance of a product which must be reproduced in the exact form and dimensions in order to permit the product in which the design is incorporated or to which it is applied to be assembled with another product, such that each may perform its function. However, a design allowing multiple assembly or connection of interchangeable products within a modular system is eligible for French design protection.

Thus, if the technical function is linked directly to the product’s appearance, it may not be protected by the design. In such case, the only means of protection may be a patent, if the conditions for patent protection are fulfilled. This may be the case when a specific shape leads to a technical effect, which is inseparable from the shape of the product.

Designs which are part of a complex product, such as spare parts, are eligible for design protection only to the extent that:

To register a design in France, the applicant must file a design application with the French IP Office (INPI).

The application form must contain:

An application can cover several designs, provided that they belong to the same category in the Locarno Classification (Locarno Arrangement, October 8 1968). There are no prerequisites for the samples of the design (drawing or picture), but they must allow hard-copy reproduction.

As described in Article R512-3 of the IP Code, INPI is strict in its assessment of the sample provided: every sample must include only the design to be registered and no other elements (eg, word elements, accessories).

INPI proceeds with only a formal verification of the application; it does not check whether the design fulfils the conditions for design protection (novelty and individual character) and does not check prior rights. If irregularities are found, INPI gives the applicant a deadline by which to amend or divide the application according to the Locarno Classification.

The registration is published in the Official IP Bulletin. With the exception of simplified proceedings, where deferment is a right, the applicant can ask that publication of the registered design be postponed, but such postponement can be granted for only up to three years. The applicant can still disclose the design at its own initiative.

A registered design is protected for five years, renewable up to a maximum of 25 years.

According to Article L512-4 of the IP Code, a registered design can be declared invalid by the court if the design:

The invalidity ruling has an erga omnes effect, which means that the invalidated design will be treated as if it had never existed. The ruling will be published in the National Designs Register.

The unauthorised use of a registered or unregistered design constitutes infringement. In assessing infringement, the French courts take into account the overall visual impression that the design created for the informed observer, setting aside insignificant differences.

A design infringement lawsuit can be brought by the recorded owner of the registered design whose rights have been infringed, or by the exclusive licensee duly recorded with INPI (unless there are contractual dispositions to the contrary, and provided that the design owner has not brought a lawsuit despite the formal notice sent by the exclusive licensee), before either the criminal or civil jurisdiction. Before the criminal courts, an infringer faces a fine of up to €300,000 (or even €500,000 in certain circumstances) and imprisonment for up to three years. The criminal courts can also order the total or partial closure of the infringer’s company. Before the civil courts, infringements are mainly punished by the award of damages that, in principle, must compensate the loss exactly. Punitive damages are not available under French law.

The French courts are usually quite protective of design rights and copyright holders.

As with any other IP rights (eg, patents or trademarks), any change of ownership must be recorded with INPI in order to enable the assignee to enforce its design rights against third parties.

Apart from the double protection offered by copyright and design law as applied by French law, there is clear overlap between designs and trademarks, even if their respective conditions of protection and granted rights are different by nature. Therefore, the decision to register a trademark or a design must be considered seriously, taking into account the advantages and inconveniences of each type of protection. 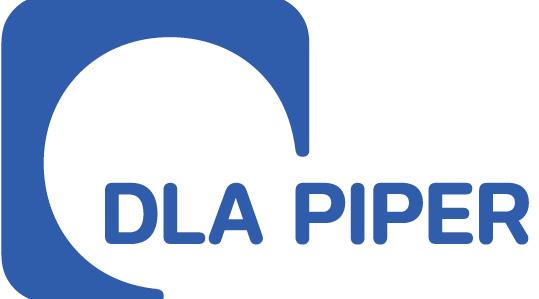 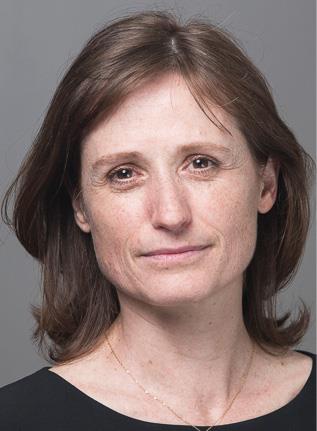 Karine Disdier-Mikus is a partner in DLA Piper’s IP and technology department in Paris. She has a master’s from a French university and an LLM from McGill University, Canada. She is a former European trademark and design attorney and has more than 15 years’ experience in trademark and design prosecution and litigation, brand protection, anti-counterfeiting and brand enforcement. She has also developed significant expertise in domains, Uniform Domain Name Dispute Resolution Policy proceedings and new generic top-level domains. She is an active member of the International Trademark Association and the Association of Trademark and Design Law Practitioners.