South Africa: shared borders and transshipments make it challenging to halt the flow of fakes 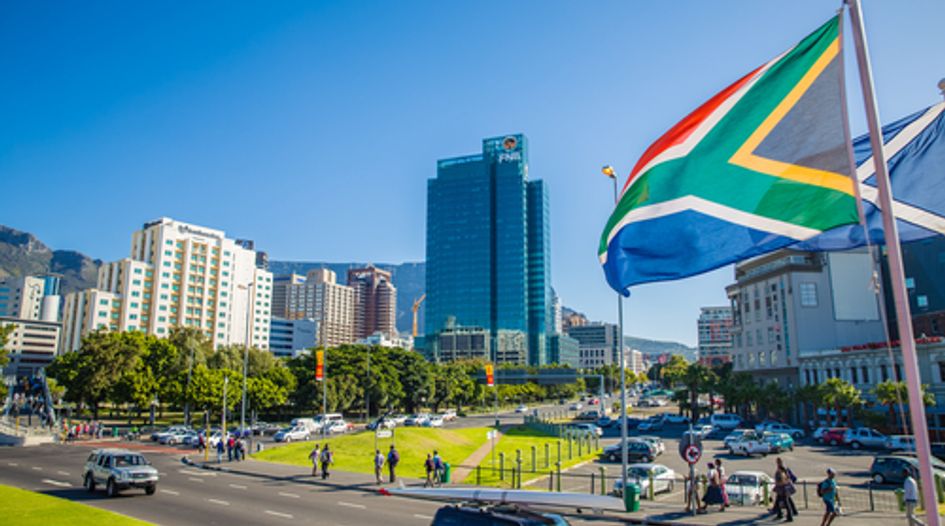 The Counterfeit Goods Act 37/1997 (CGA) aims to combat the trade in counterfeit goods. It was implemented in conjunction with amendments to the Merchandise Marks Act 17/1941 (MMA), which had hitherto been the principal weapon used to deal with counterfeit goods. All provisions of the MMA concerning counterfeit goods have now been stripped, and their counterparts are found in the CGA.

Purpose of the act: The CGA is intended to enable owners of registered trademarks, copyrights and marks protected under the MMA to take action against the counterfeiting of their products and provide for streamlined and effective enforcement measures in achieving this. It brings South Africa into compliance with certain provisions of the Agreement on Trade-Related Aspects of Intellectual Property Rights, to which it is a party.

Functioning of the act: The CGA provides for inspectors to search and enter premises to seize counterfeit goods. It is an offence for a person to have counterfeit goods in his or her possession or control, or to exhibit such goods in public for the purposes of trade.

Proceedings in terms of the CGA are subject to strict technical requirements and deadlines. Once the holder or licensee of an IP right has lodged a complaint with a designated inspector, the latter may obtain a warrant to enter and inspect any premises or vehicle and to seize and confiscate any suspected counterfeit goods located therein. If a prosecution or civil proceedings do not go ahead, the seized goods are released.

In practical terms, ‘counterfeit goods’ are defined to be goods unlawfully bearing or embodying a trademark or the copyright of another without authorisation, or having the appearance of the goods of another. To constitute an act of counterfeiting, the act must infringe (or give rise to the infringement of) a trademark right, copyright or both.

Counterfeit goods are imitations of goods embodying an IP right, or goods bearing spurious marks, that are infringing articles in respect of an IP right (ie, the person manufacturing, producing or making the goods, or applying the subject matter of an IP right to them, in so doing commits an act of copyright or trademark infringement, or an act in contravention of the MMA).

The CGA does not extend to rights conferred by the Patents Act or the Designs Act.

Provision is made for the appointment of inspectors, namely:

Inspectors have wide ranging powers to search for, seize and detain goods that are suspected to be counterfeit.

The CGA prohibits certain conduct relating to counterfeit goods, including:

Section 2(2) of the CGA, which is the heart of the act, provides that any person who performs or engages in any prohibited conduct relating to counterfeit goods will be guilty of an offence if:

Lodging a complaint with an inspector

A complainant is a person that has an interest in protected goods (including the lawyer, agent or representative of such a person), regardless of whether the interest is as the holder or licensee of an IP right, or as an importer, exporter or distributor of protected goods. It is common practice for lawyers to depose to the affidavit of complaint on behalf of the rights holder. Under the CGA, such person is entitled to lodge a complaint with an inspector.

The complainant must lodge a complaint, usually in the form of an affidavit, in which the following material allegations must be made:

An inspector who is reasonably satisfied that the complaint complies with the provisions of the CGA is entitled to take various steps thereunder if the complainant’s suspicions appear to be reasonable in the circumstances.

When no complaint has been laid, the inspector may, in certain circumstances, act on his or her own initiative in relation to any act or conduct believed (or suspected) to be an act of dealing in counterfeit goods, subject to prescribed constraints.

Once an inspector has undertaken the search and seizure operation, he or she must give written notice of the seizure to the suspect and the complainant, specifying the actions taken and the address of the depot where the seized goods will be stored.

The notice issued to the complainant will state his or her right to lay a criminal charge against the suspect within three days.

No time period is prescribed for the handing of this notice; however, in terms of current practice within the police, the notice must be issued immediately.

An inspector who has seized any suspected counterfeit goods will seal them and record an inventory, each original version of which must be certified as correct by the suspect. A copy of the inventory must be furnished to the suspect within 72 hours.

The seized goods must be stored in safe custody at a designated counterfeit goods depot until its manager is ordered by the court or inspector to return, release, destroy or otherwise dispose of them.

The complainant will be responsible for monthly storage costs while the goods remain in the depot. The costs may be recovered should the complainant pursue civil proceedings against the suspect.

Relief available to complainants under the act

In addition to the quick and effective seizure of counterfeit goods by inspectors, the CGA empowers the courts to order, among other things, that:

Other available measures include:

Usually, the latter proceedings are instituted where the CGA may not be applicable (eg, in cases of trademark or copyright infringement that do not fall within the ambit of the CGA). These civil proceedings will also be invoked in cases relating to patents, designs, plant breeders’ rights and common law rights for passing off and unlawful competition.

Section 15 of the CGA deals with the powers of the customs authorities regarding counterfeit goods being imported into South Africa. The holder of an IP right may apply to the commissioner of customs to seize and detain all goods that are suspected to be counterfeit and that are imported into or exported from South Africa during the period specified in the application.

The commissioner has implemented a specific policy for the implementation of Section 15, and rights holders are encouraged to record their rights with the commissioner. On acceptance of the application, it is valid for a two-year period.

In practice, when an application is filed and accepted by the commissioner, the customs officials at all ports of entry will be notified of the application and will keep a watchful eye out for suspected counterfeit products bearing the IP rights referred to therein.

Samples of the suspected counterfeit goods will be made available for inspection, and Customs will require an affidavit (within five working days) confirming the counterfeit nature of the detained goods, failing which the goods will be released to the importer. The right holder may request a time extension within which to file the affidavit.

Having filed the affidavit, the customs official will then (in his or her capacity as an inspector) apply for a search and seizure warrant and formally seize the offending goods. The aforementioned post-search and seizure operation procedure applies to customs seizures.

Domestic customs authorities encourage rights holders to meet with their officials for the purposes of brand identification training and to furnish any information that will assist and enable the officials to be proactive and prevent the importation of counterfeit goods into South Africa.

If, following the issuance of a seizure notice, the complainant wishes to bring criminal charges with the police against the suspect for dealing in counterfeit goods, and to request that a criminal investigation into the matter be undertaken, it must do so within three days of the seizure notice being issued.

If no charges have been brought within three days, the seized goods must be released to the suspect unless the complainant exercises its right to institute civil proceedings.

Where a criminal charge is brought against a suspect, the state must, within 10 working days of the issue of the seizure notice, inform the suspect in writing of its intention to institute a criminal prosecution against him or her for having committed an act of dealing in counterfeit goods. If this notice is not given, the seized goods must be returned to the suspect, unless the complainant has exercised his or her right to institute civil proceedings against the suspect.

An individual convicted of dealing in counterfeit goods is liable, in the event of a first conviction, to a maximum fine of R5,000 or imprisonment for up to three years, or both, for each article to which the offence relates.

If a complainant wishes to institute civil proceedings against a suspect, it must give written notice (within 10 days of the issue of the seizure notice) of its intention to do so; otherwise, the seized goods must be returned to the suspect unless the state has notified the suspect of pending criminal prosecution.

Having given written notice to the suspect, the state (or the prospective plaintiff in civil proceedings) must institute the proceedings within 10 working days; otherwise, the seized goods must be returned to the suspect.

It is essential for rights holders who intend to pursue a matter under the CGA to understand these post-seizure requirements.

Online dealing in counterfeit goods can be enforced under the provisions of the CGA using the procedure outlined above.

Owing to the sophisticated nature of the illegal activities conducted by particular importers, manufacturers and distributors, it is essential that IP rights holders develop an investigative strategy to combat the dealing in counterfeit goods. For this purpose, local counsel and investigators who specialise in anti-counterfeiting law can be of great assistance in advising and recommending appropriate strategies.

In the event that rights holders license the manufacturing of their goods to third parties, it is essential that the contractual relationship be controlled. There have been instances where the source of counterfeit goods and grey goods have been traced backed to a licensee or third-party manufacturer of the right holder. Controlling the contractual relationship is, in itself, a preventative measure.

To ensure that rights holders take full advantage of the anti-counterfeiting programmes in South Africa, it is essential that they develop relationships with local law enforcement agencies such as the police and Customs. The police and the customs authorities encourage rights holders to visit their offices and furnish appropriate brand identification training to their members and officials.