Untangling the worldwide web of counterfeiting

In 2007 worldwide counterfeiting was valued at an estimated $250 billion and accounted for 1.8% of world trade. A 2016 report published by the Organisation for Economic Cooperation and Development and the EU Intellectual Property Office estimated that these numbers rose to $461 billion and 2.5% respectively in 2013. In February 2017 INTA and Business Action to Stop Counterfeiting and Piracy released a report entitled “The Economic Impacts of Counterfeiting and Piracy”, which quantified and forecast the global value of counterfeiting and piracy and related economic and social costs. The study estimated the value of international and domestic trade in counterfeit and pirated goods in 2013 at a staggering $1.13 trillion. By 2022, the total estimated value of counterfeit and pirated goods, including digital piracy, is projected to reach an astounding $1.9-$2.81 trillion.

In response to the increase in counterfeiting, organisations such as INTA are expanding their anti-counterfeiting programmes and many governments are improving their legal, enforcement and judicial processes and mechanisms.

Nevertheless, the problem continues to grow. Why? One reason is that criminal enterprises increasingly view counterfeiting as a low-risk, high-reward revenue stream. The involvement of organised crime has raised the level of sophistication in counterfeiting, enabling counterfeiters to exploit more unsuspecting consumers into buying their illicit products, the revenues from which are then used to fund further illegal activities. For example, French authorities found that the Charlie Hebdo attackers financed their terrorist attack in part by trafficking counterfeit sportswear.

Counterfeiters often sell their goods to unsuspecting consumers under the guise of legitimate businesses and have discovered that they can easily run their counterfeiting activity on the Internet. Indeed, criminals prefer to sell counterfeits on the Internet for many reasons:

These tactics have led to a proliferation of online counterfeiting, giving brand owners and governments the arduous task of finding and shutting down the counterfeiting rings. While the link between the increased sales of counterfeits on the Internet and the harm caused to businesses, governments and the public is certain, the solution is complex and challenging. As a result, how to address the sale of counterfeits on the Internet has become a hotly debated topic within industry and among policymakers. Who is responsible for addressing the problem? What legal, policy and voluntary measures should be put in place?

In 2008, INTA’s Anti-counterfeiting and Enforcement Committees presented to the association’s board of directors their analysis and initial recommendations for addressing the sale of counterfeits over the Internet. As a result of these recommendations, in 2009 INTA produced a set of voluntary best practices for trademark owners and internet-based companies (eg, social networks and online marketplaces). Open communication, collaboration and coordination are essential if each player’s efforts are to be effective, and these best practices aim to facilitate a multi-stakeholder approach to the protection of trademarks on the Internet.

In 2014 the Anti-counterfeiting Committee updated these best practices. Consideration was given to the present practices of search websites, online marketplaces, payment service providers and trademark owners, as well as those of social media, logistics and registry companies. The discussion centred on practical ways for trademark owners and companies involved in online marketing, sales and distribution of goods to cooperate in addressing the problem of counterfeit goods being sold over the Internet. Based on feedback from leading companies in each of the areas addressed, the best practices were updated and expanded. The resulting paper, “Addressing the Sale of Counterfeits on the Internet”, includes the following key recommendations:

To be sure, these voluntary measures will need to evolve in order to adapt to the changing virtual and technological environment. INTA will be looking for opportunities to promote adoption of the best practices and to garner feedback on their practical application and effectiveness. The association views the best practices as a valuable first step toward bringing together the stakeholders (ie, online marketplaces, shopping services, search sites, payment service providers, registries, social media sites, logistics companies and trademark owners) so that they can continue to cooperate effectively in the effort to combat the sale of counterfeits on the Internet.

INTA’s Anti-counterfeiting Committee recognised this need and developed the “Online Counterfeiting Guide for Enforcement Officials”. This global enforcement tool contains practical investigative tactics for officials to use when investigating online counterfeiters, including:

Key stakeholders will come together at INTA’s 2018 Annual Meeting in Seattle , Washington to discuss the two documents comprising the guide: “Addressing the Sale of Counterfeits on the Internet” and “Online Counterfeiting Guide for Enforcement Officials.” INTA will host an anti-counterfeiting workshop focused on online counterfeiting. The programme will begin with three closed-door morning meetings for brand owners, government officials, e-commerce sites, search engines and auction sites, allowing these groups to exchange best practices among peers. The groups will then meet in the afternoon to work on solutions.

INTA will also hold a series of policy dialogues around the world. The policy dialogues will once again bring together brand owners, government officials and intermediary companies. The three groups will share what they see as their respective roles in the battle against online counterfeiting and gain an understanding of the expectations of the others. The end goal is a more collaborative and effective anti-counterfeiting network focused on online counterfeiting.

Another key goal for INTA is to raise awareness of the issue among the government officials and policymakers not directly engaged in intellectual property. The harm caused by counterfeiting is often not apparent at first glance. Police, customs, judges, prosecutors and legislators are often unaware of the significant loss in tax revenue to major cities, and are uninformed of the link between counterfeiting and organised crime, as well as its ties to terrorism. Educating government officials and raising the profile of counterfeiting at both the enforcement and legislative levels is therefore another important tactic in addressing the issue.

It should also be noted that the relationship between brands and consumers is evolving. It has become increasingly important for the IP community to demonstrate that brands serve the interests not only of brand owners, but of consumers and society at large. Similarly, the IP community must put a spotlight on counterfeiting and share publicly what it is doing to combat the issue. As such, we must also connect directly with consumers – especially young consumers, who are still developing their purchasing habits. The Unreal Campaign is INTA’s public awareness initiative designed to educate teenagers (of ages 14 to 18) about the importance of trademarks and intellectual property, and the dangers of counterfeit products. Since its launch, the campaign has directly reached almost 10,000 students in 29 countries, through 110 in-classroom events – and over 120,000 more through online engagement and exhibition events. INTA will continue to expand the Unreal Campaign, both through its direct engagement events and online.

In 2018, with the launch of the 2018-2021 Strategic Plan, INTA will step up its efforts to reinforce consumer trust. Counterfeiting inhibits the ability of consumers to make informed decisions about their purchases and exposes them to faulty, sub-standard and often dangerous illicit products. INTA has made it a priority to monitor legislative trends and initiatives that threaten brand owner property rights and the ability of consumers to make informed purchasing decisions, and will advocate for a safer internet for consumers. INTA will engage with consumer organisations in jointly promoting the importance of brands for consumer information and safety. Through intensified engagement with the non-IP media, INTA will also promote the contribution of brands and intellectual property to economies and society – including, for example, their contribution to gross domestic product, employment and social welfare around the world. 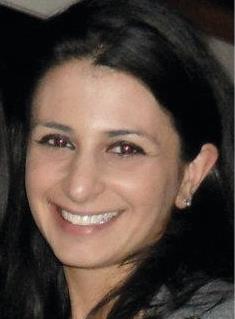 Maysa Razavi leads the global anti-counterfeiting efforts of the International Trademark Association (INTA). INTA is a non-profit membership association dedicated to trademarks and related intellectual property, with 7,200 member organisations in more than 191 countries. As a global association with members spanning all industry lines and sectors, INTA is dedicated to supporting trademarks and related intellectual property in order to foster consumer trust, economic growth and innovation. It uses the collective voice of industry to make positive changes in government policies through its advocacy efforts. Ms Razavi graduated cum laude from New York Law School and worked on anti-counterfeiting matters in-house at various corporations before coming to INTA in 2012.