Nigeria has no specific anti-counterfeiting law – at least, not a broad one that covers all types of goods and all species of anti-counterfeiting. Hence, the fight against counterfeits involves the creative application of the various laws that affect rights holders in one way or another.

In spite of socio-economic challenges, Nigeria has continued to witness growth and expansion, diversification and a greater level of transparency. Contributing factors to this are Nigeria’s creative industries, which have grown somewhat informally, as well as a fast-emerging retail culture. Nigeria has a population of 170 million that largely comprises exposed and sophisticated people who – conversely – have low purchasing power. This oxymoronic reality makes the country a popular destination for counterfeit and pirated goods.

However, an amendment to the Common External Tariff was made several years ago which placed “all counterfeit/pirated materials or articles including base or counterfeit coin of any country” on the Absolute Prohibition List. Therefore, Customs now has the power to fight counterfeiting in Nigeria.

Nevertheless, Customs has yet to institute a formal and functional system for dealing with counterfeiting, although some efforts are now being made in that direction. For now, it plays a role upon an interested party seeking an injunctive order, which may be obtained in a civil action (eg, directing it to set aside a shipment), or through the intervention of other government agencies that demonstrate interest in a particular consignment.

To enforce this law, a rights holder petitions the police pursuant to the general power of crime prevention and detection under Section 4 of the Police Act. Following the petition, the police may conduct independent investigations and thereafter organise raids to seize the offending products and arrest the perpetrators for the purpose of prosecution. However, prosecution may not be the main reason to avail of this option, since the police may not be very experienced or diligent in this regard. Nevertheless, the use of police raids as part of a multi-faceted approach has the following advantages:

In recent appellate decisions, the courts have settled certain elements of Nigerian IP jurisprudence, with positive implications for the anti-counterfeiting activities of agents and distributors.

In Nkiru Emechebe v Ceto International Nigeria Limited (CA/L/1347/2016) the Court of Appeal found that a distributor or agent cannot file a trademark infringement action in its own name, as if it were the trademark owner; rather, it must file the action in the name of the owner. Any action filed in its own name and without the express declaration that it is suing as an agent of the trademark owner does not have the requisite locus standi. The significance of this case is that it protects the trademark owner from unscrupulous agents and distributors which misappropriate its marks in the local market. This has been a longstanding issue in Nigeria.

In Toyota Motor Corporation v Subaya Metalware Nigeria Ltd (CA/L/1003/2016) the Court of Appeal emphatically held that mere trademark applications and their statutory advertisement in the Trademarks Journal do not constitute use in the course of trade and consequently do not amount to infringement. The court in this case also found that stereos used only in vehicles should not be classified under Class 9 of the Fourth Schedule of Trademarks. The court held that car stereos are properly classified under Class 12, since they are an integral unit of vehicles under that class. The court subsequently held that the sale and distribution of a car stereo in relation to a trademark in respect of class 12 would not amount to trademark infringement of the same trademark registered under Classes 9 and 11 of the Nice Classification.

A major preventive measure is the registration of appropriate trademarks in Nigeria in order to provide a basis for challenging unauthorised use. Further, rights holders should carry out regular market surveys and Trademark Journal watches to ensure that any unauthorised use of trademarks or application for registration of a trademark is discovered as soon as possible, facilitating appropriate action. 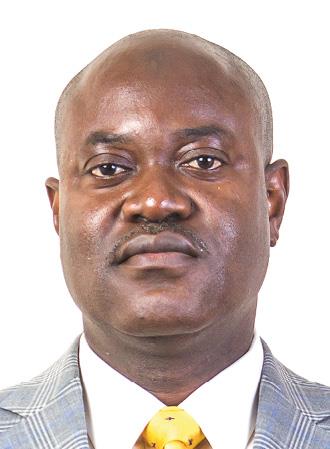 Obafemi Agaba is a partner and head of the brand protection practice and fast-moving consumer goods section at Jackson, Etti & Edu. He is an astute IP litigator with a strong reputation for designing and executing tailor-made anti-counterfeiting campaigns for numerous local and international clients. He recently won three important IP-related appeal cases. He has facilitated several IP seminars, educating government regulatory agencies.

He was called to the Nigerian Bar in 2000, and holds an LLM in IP law from University College London and a postgraduate diploma in international copyright law from King’s College, London. He is vice president of the IP Law Association of Nigeria and serves on the International Trademark Association Anti-counterfeiting Committee.