Procedures and strategies for anti-counterfeiting: Egypt

In addition to the IP Law, a number of other laws and regulations govern the protection and enforcement of trademark rights in Egypt.

With a population of nearly 100 million, Egypt is considered the largest market in the Middle East and North Africa for many international and local traders and entities, and has also become a primary location for manufacturing facilities. The protection of IP rights has gained increasing significance as more decision makers come to realise the importance of intellectual property to economic growth, as it creates a safe and secure environment for investors. IP rights protection is enshrined in the Constitution of 2014, in addition to IP-specific legislation and several international IP treaties to which Egypt is party. As such, Egypt’s commitment to protecting IP rights is clear and firm.

The first trademark law passed in Egypt was Law 57/1939. With the development of IP rights and Egypt’s accession to many international IP treaties, a new law was issued – the IP Law (Law 82/2002) – which reflects the provisions stipulated in the Agreement on Trade-Related Aspects of Intellectual Property Rights (TRIPs). The IP Law covers all IP rights (ie, patents, designs, trade secrets, trademarks, trade names, geographical indications, copyright and related rights and plants varieties). Trademarks are regulated under Book 2 of the IP Law, together with trade names and geographical indications.

In addition to the IP Law, a number of other laws and regulations govern the protection and enforcement of trademark rights in Egypt, including:

In addition, Egypt is a party to the following international trademark treaties:

Due to Egypt’s geographical location as the gateway to Africa, border protection is one of the most important protections against counterfeit products. Border measures were introduced in Egypt with the issuance of Decree 770/2005 of the minister of foreign trade and industry regarding the executive regulation of Law 118/1975, implementing import and export law as well as inspection and control procedures for exported and imported goods.

Customs can act only if the trademark owner files a complaint; it cannot take ex officio action. As such, a brand owner must have definitive information on suspected shipments of counterfeit goods in order to file a complaint.

Pursuant to Article 27 of Decree 770/2005, the trademark owner or its legal representative may file a complaint with the competent customs authority to suspend the release of imported goods that infringe its trademark rights. Article 28 of the decree sets the requirements for the complaint – in particular, it must:

A complaint filed with Customs must be accompanied by a monetary guarantee equivalent to 25% of the shipment’s value; this amount is reimbursed if judgment is rendered in the complainant’s favour. If the complaint meets all of the requirements under the decree, Customs will notify both parties and the shipment will be seized and detained for 10 days. Customs must offer both the trademark owner and the importer the chance to inspect the suspended goods with a view to establishing evidence of prima facie infringement.

While recordal of trademarks with Customs is not yet recognised under any law in Egypt, recently trademark owners have conducted a number of training sessions and seminars with customs officials in order to raise awareness about their brands and facilitate better detection of counterfeit products.

In addition, Ministerial Decree 58/1997 established the Point of Communication Authority for Protection of Intellectual Property Rights, the purpose of which is to assist Customs in the implementation of border measures stipulated under the TRIPs Agreement.

Registered trademark owners may file a criminal action in relation to counterfeit products on the market. This entails the submission of a trademark infringement complaint to the Ministry of Supply. The complaint must specify the infringement committed and the products bearing the trademark that is registered or protected in Egypt. After providing the relevant documents proving the ownership of the trademark, the Ministry of Supply then conducts a raid on the infringer’s premises, seizes a sample of the counterfeit products, records the incident and makes a referral to the prosecutor for further investigation.

The prosecutor will then carry out further investigations on the infringer, which may include interrogating shop owners and managers, and investigating shops and warehouses. Based on the evidence gathered, the prosecutor will either dismiss the case for lack of sufficient evidence, press charges or refer the case to the Trade and Finance Prosecution (the competent authority to decide on trademark imitation cases), which may in turn refer the case to the Economic Court to be tried as a trademark infringement action under Article 113 of the IP Law.

Pursuant to Articles 113 of the IP Law, the following actions constitute a punishable crime:

In criminal proceedings the prosecutor and the defendants appear before the court. However, the trademark owner may join the proceedings by filing a civil claim for damages sustained from the trademark infringement. In such case, the court deciding on the criminal aspects of the case will also decide on the issue of compensation.

Trademark owners may directly file a civil action claiming compensation for trademark infringement. The action must be filed before the Economic Court, a specialised court that was established after Egypt’s accession to the General Agreement on Tariffs and Trade (which adjudicates on trademark-related disputes). The Economic Court employs specialised judges who have been trained in IP rights issues and understand the implications of infringement.

It is possible to file for precautionary measures, either before filing the civil action or together with the civil action. The procedure for obtaining such measures is as follows:

A request for precautionary measures must usually be accompanied by appropriate security (ie, a bank or monetary guarantee). If the request is filed before filing the civil claims, the trademark owner has 15 days from the date of the court order granting such measures to file a case on the merits, failing which the order will cease to have effect.

In a civil action, compensation is calculated based on the damages that the trademark owner sustained as a result of the infringement and lost profits. The trademark owner must prove the damages sustained and the court will have discretion to set the award amount based on the evidence submitted. The judges of the Economic Court are willing to grant relatively high damages in counterfeit cases. In any case, the amount of counterfeit products and the extent of the trader’s illegal business will play a major role in determining damages awards. The Economic Court also adjudicates on proceedings promptly: a case can be concluded within an expedited timeframe, on average between six and 14 months.

In civil proceedings that follow administrative seizures, the Economic Court gathers information from the Ministry of Supply, Customs, police raids and criminal proceedings in order to determine the civil claim.

The court may also commission an expert to prepare a report on the similarity between the registered trademark and the allegedly infringing mark. Such experts are usually commissioned from the Trademarks Office or the Internal Trade Development Authority.

Civil actions incur legal costs and court fees, including the official fees for filing a civil case. The amount is determined based on a percentage of the amount claimed. In general, costs are calculated at 5% of the amount of claims above E£4,000 ($226).

Where infringement is conducted online, a complaint can be filed to the Cyber Crimes Bureau, specifying the infringing website and the infringed IP rights. The bureau will then investigate the incident and refer the matter to the public prosecutor, which will in turn conduct further investigations to confirm that a violation has been committed; if this is found to be the case, the prosecutor will refer the case to the court as a misdemeanour and the interested party will be entitled to claim civil compensation for damages sustained.

The most effective means of guaranteeing protection of trademark rights is to register the trademark. Without the registration, enforcement will become difficult, especially though Customs or criminal actions.

Conducting regular investigations of suspected infringers and market surveys is essential, especially before initiating any legal procedures, as this provides a better view of the infringement committed and the strategy that should be adopted, which will ultimately ensure the best outcome possible.

Performing IP audits of the company’s portfolio is also important in order to confirm the legality and validity of all licensing, manufacturing and other relevant agreements, and that the company’s IP rights are properly recorded and protected under the relevant classes.

Further, the trademark gazette should be monitored regularly to prevent the registration of trademarks that are confusingly similar to the company’s own marks.

Although uncommon in Egypt, training sessions with Customs and other authorities are important. Such training will raise awareness of brands and common counterfeiting issues faced by brand owners in the country.

While Egypt has a sophisticated trademark law that aligns with international standards and rich court precedents, trademark enforcement is still lagging and needs improvement. It is hoped that improved administrative actions – including border measures – will encourage effective anti-counterfeiting activities in future. 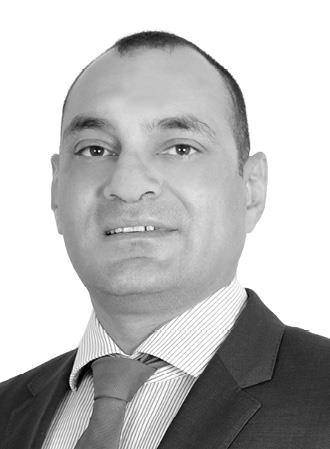 Omar Obeidat is a partner and head of intellectual property at Al Tamimi & Company. His IP specialisation covers advisory, enforcement, litigation and prosecution. He also specialises in competition law, regulatory affairs, compliance and consumer protection. He regularly trains judges, prosecutors, government enforcement and administration officers on IP law. He sits as a board member of the Brand Owners Protection Group, is a committee member of the International Trademark Association, a trustee and board member of the Dubai Advisory Board for Intellectual Property and a member of the advisory board for the Middle East North Africa Franchise Association. He was recently appointed to the board of directors of the International Association for the Protection of Intellectual Property – UAE Chapter and sits on the steering committee for the Global Entrepreneurship Monitor. 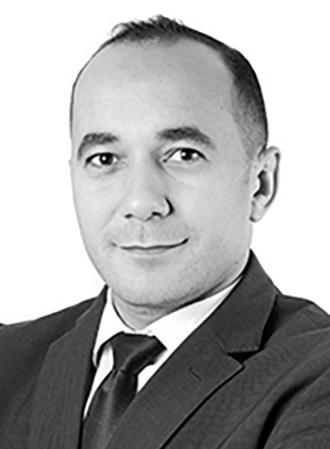 Hassane H El Sheref is a senior associate in the IP department at Al Tamimi & Company. He is one of the leading IP practitioners in Egypt and advises on various matters, from filings of trademarks, industrial designs and copyrights to the enforcement of IP rights, including market surveys, investigations, disputes and border measures. He represents many prominent clients on the implementation of border measures, seizure of counterfeit shipments and negotiation with infringers. He has also succeeded in initiating and establishing numerous precedents before the Egyptian Trademark Office. He graduated with an LLB (license en droit) from Assuit University and holds a master’s in intellectual property and innovation management from Helwan University. 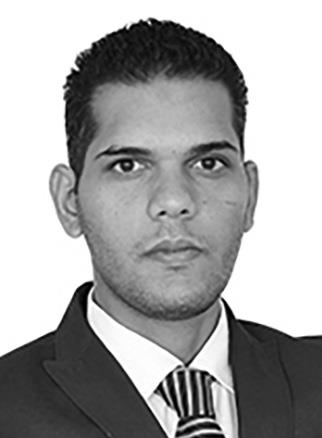 Abdelrahman Helmi is an associate in the IP department of Al Tamimi & Company. He specialises in patent infringement cases, trademark disputes, concluding amicable settlements and coexistence agreements, drafting complaints and initiating raids and border seizures in Egypt. He has extensive experience in devising IP protection strategies relating to industrial designs, trademarks and copyrights for major entities across many fields. He has advised and assisted in shaping IP profiles for multinational establishments, and regularly supports clients in revising and amending franchise agreements, concession agreements and licensing agreements, in addition to advising on the enforcement of penalty clauses in cases of violation and non-compliance. He graduated with an LLB (English section) from Ain Shams University.