For counsel not yet familiar with the Uniform Domain Name Dispute Resolution Policy, this chapter provides a high-level overview of the policy, as well as its historical and present-day context. For even the most veteran practitioners, this chapter offers insights and lessons learned over the past 19 years.

The Uniform Domain Name Dispute Resolution Policy (UDRP) procedure will turn 19 years old in August 2018. Since its adoption, it has earned and maintained a place as an essential and effective online enforcement tool for brand protection counsel across the globe. UDRP cases continue on an upward trend year after year, and overall complainant success rates consistently remain around 85% overall (see World Intellectual Property Organisation (WIPO) data on total number of cases per year and case outcome by year(s) (breakdown)). Despite its age and widespread geographic use, there are important nuances to the UDRP that even the most veteran brand enforcement counsel might not yet know. For counsel not yet familiar with the UDRP, this chapter provides a high-level overview of the policy, as well as its historical and present-day context. For even the most veteran practitioners, this chapter offers insights and lessons learned over the past 19 years.

The UDRP was developed in the late 1990s in response to the commercialisation of the Internet and subsequent widespread cybersquatting. Cybersquatting refers to the bad-faith registration and use of a third party’s trademark as a domain name. WIPO, at the behest of the United States, convened an extensive international consultation to consider solutions to the problem. Among its final recommendations was the UDRP, a “quick, efficient, cost-effective” and “uniform administrative dispute-resolution procedure” that required domain name holders “to submit to the administrative procedure only in respect of allegations that they are involved in cybersquatting, which was universally condemned… as an indefensible activity that should be suppressed” (WIPO, “The Management of Internet Names and Addresses: Intellectual Property Issues”, April 30 1999). Following a formal policy development process, staff reports and public comments, the UDRP was adopted as consensus policy by the Internet Corporation for Assigned Names and Numbers (ICANN) and then implemented on October 24 1999.

UDRP complainants must prove by a preponderance of evidence that:

Uncommon, yet undisputed, factual circumstances that evidence rights or legitimate interests include any:

Common factual circumstances that evidence bad-faith registration and use include any:

Remedies available under the UDRP are limited to either domain name cancellation or transfer to the complainant.

In order to file a UDRP complaint, all complainants must agree to submit to the jurisdiction of courts sharing either the principal office of the domain name registrar or the address of the domain name registrant. Either party may submit the dispute at any time for independent resolution or essentially as a means of de novo appeal to a court of competent jurisdiction.

It costs either $1,300 or $1,500 to file a UDRP complaint involving a single domain name, depending on the dispute resolution provider, with increased fees based on additional domain names. Cases are generally decided within 30 calendar days from the date the complaint is filed.

In addition to seminal principles from some of the earliest and most frequently cited UDRP determinations, a number of more subtle – yet equally important – takeaways have been established by UDRP panels over time:

Numerous policy development initiatives have examined and extrapolated from the UDRP. For example, the UDRP served as the foundation for a few novel trademark rights protection mechanisms created through policy work that led to the unrestricted introduction of more than 1,000 new generic top-level domain (gTLD) names since 2012 by ICANN. Brand owners who were engaged in this policy development process came to two early and important realisations:

Accordingly, they helped to design and implement the following mechanisms:

ICANN stakeholders are presently engaged in a retrospective review of all new gTLD rights protection mechanisms. On conclusion, which is scheduled for 2018, they plan to turn their attention to an unprecedented policy review of the UDRP.

Many brand owners, registrars and registry operators view this policy review as a purely defensive exercise, since the UDRP consistently works well to help remedy cybersquatting, as well as help insulate domain name registration authorities against liability or wasteful subpoenas and litigation. Conversely, domain name speculators, civil society advocates and academics view this policy review as an opportunity to either tear down the UDRP completely or at least enfeeble its effectiveness in a similar fashion to the aforementioned next-generation rights protection mechanisms.

Brand enforcement counsel worldwide should consider this policy review as a call to action to defend the UDRP. Anyone can participate in this initiative, at any time, as either a member (with full email and teleconference participation rights) or an observer (with read-only email rights). They need simply email [email protected] with a request to join the “review of all rights protection mechanisms in all gTLDs policy development process working group” and select either membership or observer status. 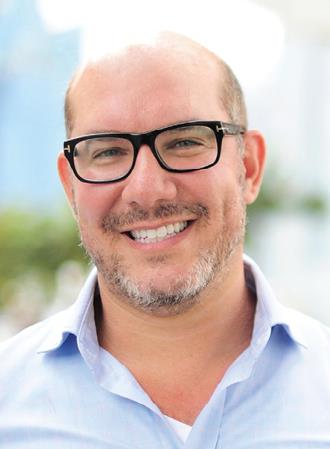 Brian J Winterfeldt, the founder and principal of Winterfeldt IP Group, has practised trademark and internet law for 18 years and regularly counsels global leaders across a broad variety of industries. He advises clients on the creation of global trademark and branding strategies. He also develops programmes to register and enforce clients’ rights and protect against the infringement of their trademarks and other branding elements in the United States and internationally, including trademark counselling, clearance, prosecution and enforcement. In addition, Mr Winterfeldt advises clients on trade dress, copyright, social media, internet governance and domain name issues, including the Uniform Doman Name Dispute Resolution Policy (UDRP), the Uniform Rapid Suspension System and similar proceedings. He has developed a leading practice specialising in evolving internet issues and is an expert on the Internet Corporation for Assigned Names and Numbers (ICANN) new generic top-level domain (gTLD) name programme. 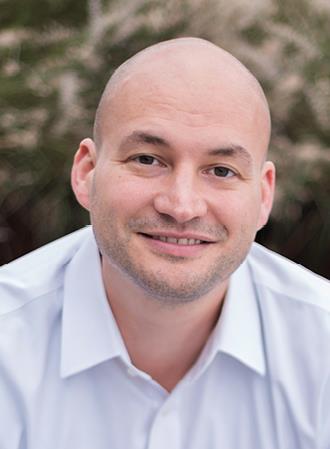 Phillip V Marano, a senior associate with Winterfeldt IP Group, has practised trademark and internet law for 10 years. Mr Marano has significant experience counselling clients on all aspects of global trademark selection, clearance, prosecution, management and enforcement, as well as with IP licensing and agreement matters including technology transactions. He manages global domain name portfolios and recovers domain names from cybersquatters worldwide through the UDRP and similar proceedings. He also works extensively on matters relating to ICANN’s new gTLD programme, including the operation of new gTLDs in compliance with ICANN requirements, as well as related internet policy matters.