Rights holders can make use of the following provisions to combat counterfeiting and piracy in Venezuela:

These laws and conventions allow rights holders to prevent and stop the import, storage and sale of goods that infringe their rights and provide for both compensation for damages and penalties.

Venezuela has adapted its laws to comply with the Paris Convention and the Berne Convention. In addition, procedures such as those identified in TRIPs have been implemented which allow officials to act quickly and right holders to bring administrative, criminal or civil actions, as the case may be.

Significant efforts have been directed to strengthening the role of Customs. In this sense, Provision 915 stipulates the procedures to be followed by rights holders and Customs when a presumed trademark rights violation arises. These procedures may be ex officio or on the request of an interested party (usually the rights holder).

Customs may take ex officio action within the ambit of its supervision and control functions – in duty-free zones, free zones or customs warehouses – where goods that potentially infringe IP rights are detected. The rights holder may also act on the request of an interested party where there are valid reasons to suspect that the import or actual or future transit of products infringes its rights; consequently, it may request Customs to pre-emptively detain such goods. The simple existence of circumstances subject to conviction is sufficient to initiate the procedure.

After notification, both the infringer and the rights holder have 10 business days to initiate actions as they deem appropriate. The rights holder may file a civil action against the infringer based on unauthorised use of the trademark, or a criminal action for counterfeiting or the unlawful reproduction of a work protected by copyright. The alleged infringer can initiate the corresponding defence actions, such as demonstrating that the seized goods are legitimate. If neither the rights holder nor the infringer takes any action within the 10-day period, the goods may be released or confiscated by Customs on smuggling charges.

However, other actions may be initiated in addition to this customs procedure, as civil or criminal offences may occur in the process. For example, Customs may suspend the release of certain goods under the charge of smuggling, or the rights holder may file either a claim for false or illicit reproduction pursuant to the relevant criminal laws or a civil suit for rights violation.

There is no trademark register in Venezuela to allow the authorities to determine whether a product is counterfeit. The only viable approach in this regard is for rights holders or their representatives to liaise directly with customs authorities in order to sensitise them to the issue of counterfeiting and inform them of the characteristics of their original products through workshops highlighting the differences between counterfeit or pirated products and the originals.

In sum, the border measures applied by Customs are very effective in combating counterfeiting and piracy, as they are undertaken by officials who proactively ensure compliance with the law.

The ultimate objective of these measures is:

The Penal Code, the Industrial Property Law and the Copyright Law establish penalties for the import, distribution and export of goods protected by IP rights. In particular, these laws provide for a prison term of one to 12 months for trademark or patent infringement and one to four years for copyright infringement.

Criminal actions can be initiated only by the affected party (ie, the victim) through filing a complaint before the public prosecutor or any other auxiliary institution (eg, the police, Customs or the National Guard).

In order to address these claims, a Special Prosecutor’s Office on Intellectual Property was created for complaints concerning IP rights. Likewise, an Anti-piracy Command (a unit of the police) was created to collaborate in investigations where there is evidence of counterfeit or pirated goods. In addition, in recent years IP groups such as the Customs Control Division have been created to coordinate joint actions with other auxiliary institutions (eg, the police and the National Guard) against counterfeiters.

The criminal process comprises several stages and includes the possibility of concluding economic agreements between the victim and the offender in exchange for monetary compensation for the false or illicit reproduction of the relevant goods.

However, two disadvantages of initiating a criminal process based on IP laws are that it must be initiated by the victim and the penalties available under such laws are weak.

Another criminal provision relating to customs issues that may overcome the abovementioned obstacles and more effectively combat counterfeiting and piracy is the Anti-smuggling Act. Pursuant to this act, any person that, through actions or omissions, evades or attempts to avoid Customs’ intervention in or control of the import, export or transit of counterfeit or pirated goods commits the aggravated offence of smuggling. Penalties for this offence can range from four to eight years in prison. This action is framed within the inherent performance of customs activities and therefore can be initiated ex officio. Due to the severity of the penalties, and because it covers accessory crimes (eg, circumvention of customs intervention) in addition to the import, export or transit of counterfeit or pirated goods, this action is a highly effective mechanism in the fight against fakes.

According to the Customs Law, rights holders are not allowed to apply directly to Customs for the protection of their rights; rather, an application must be submitted to the courts. After establishing sufficient grounds for the action, the court directly requests Customs to detain the goods and verify their legality.

The prohibition of customs clearance is a precautionary measure requested by rights holders through an ordinary civil procedure, whereby Customs cooperates with the courts to detain merchandise that allegedly infringes IP rights. It is an exceptional measure, which the court will order based on the urgency of the case and whether sufficient evidence is submitted to prove the corresponding rights. The judge may require as a condition the posting of a bond that guarantees the defendant’s rights.

Once Customs has received the court’s request to detain the allegedly unlawful products, the importer or consignee must be notified of the detainment, and in turn may request the court to order the release of the goods on the condition that it provides sufficient guarantee (to be determined by the court) to ensure that the rights holder is duly compensated if the goods are found to be counterfeit or pirated.

From this point on, all issues and legal disputes arising from the customs measures are dealt with by the court. Consequently, Customs detains and stores the goods, but relevant legal decisions are the sole responsibility of the judicial authorities.

The main drawback of this civil action to prevent customs clearance of counterfeit or pirated goods is the rights holder’s lack of access to information on the import of such goods. There is also the possibility that the allegedly counterfeit or pirated goods will no longer be under the control of Customs by the time that the injunction is issued, since the import and export process for goods is quick.

A civil action can also be initiated where the goods have not been seized by Customs, because either the owner was unaware of their entry into the country or the action for prohibition of customs clearance was presented in an extemporaneous manner. This action must be brought before the courts of the jurisdiction in which the counterfeit goods are being stored or sold. The owner may also initiate protective measures aimed at securing the merchandise and preventing its sale.

The law also provides for actions against illegal enrichment that can be exercised whenever a legal position protected by an exclusive right has been injured. The petitioner can claim from the violator the return of the perceived unjustified enrichment.

As a means of combating counterfeiting and piracy, civil actions are less effective in cases where the quantity of products is low or the infringer is not sufficiently solvent to face a civil action or pay compensation for damages.

Online commerce continues to grow in popularity worldwide – including in Venezuela, where in recent years the Internet has contributed to a significant increase in both sales volumes and the number of vendors and consumers on the market. Naturally, counterfeiters have also begun to use the Internet to trade in illicit goods.

The law treats online trademark infringement the same way as offline infringement. In particular, the Industrial Property Law establishes that “it is presumed that a trademark is owned by the person in whose favour the corresponding registry was made”; in this sense, all trademark owners in Venezuela have exclusive rights to their marks and may exclude third parties from using their marks.

Consequently, any of the aforementioned laws can be used to prevent or stop the online infringement of IP rights. Actions available to the rights holder in this regard include those relating to:

In light of the various measures that rights holders can use to protect and defend their intellectual property in Venezuela, the advantages and disadvantages of each must be considered. Close cooperation with the competent authorities and careful monitoring of e-commerce websites are advisable in order to increase the authorities’ awareness of the characteristics of legitimate goods and set better guidelines for the detection of counterfeit products. As such, numerous workshops with the authorities have been held to help them to distinguish between original and counterfeit products. In regards to online infringement, tools have been developed to:

Cooperation with the Office of the Prosecutor and the police is essential, since even where the victim does not file a complaint, these agencies will need all available information known to the rights holder in order to obtain a favourable court decision and punish offenders.

Finally, rights holders’ cooperation with Customs following the seizure of counterfeit or pirated goods is crucial; if such support is not provided, Customs will have no interest in detaining the goods. 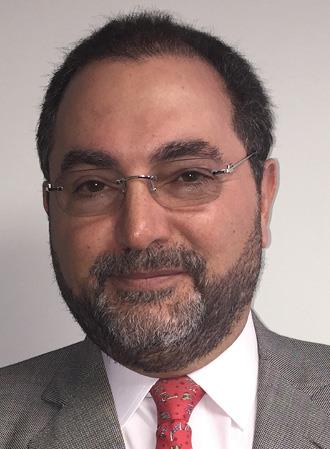 Manuel Polanco F is the managing partner of Bolet & Terrero. He has extensive experience in all branches of IP law, including trademarks, patents, franchising, licensing and arbitration. He has managed worldwide trademark portfolios across a range of industries, including alcoholic beverages, music, entertainment and fashion and apparel; counselled clients on worldwide clearance, registration, licensing, policing and enforcement of trademarks; negotiated and drafted assignment, coexistence and settlement agreements; and conducted due diligence on IP-related aspects of corporate transactions. He has also collaborated with several international organisations, such as the International Trademark Association, the Inter-American Association of Intellectual Property, the International Association for the Protection of Intellectual Property and the Asian Patent Attorneys Association. 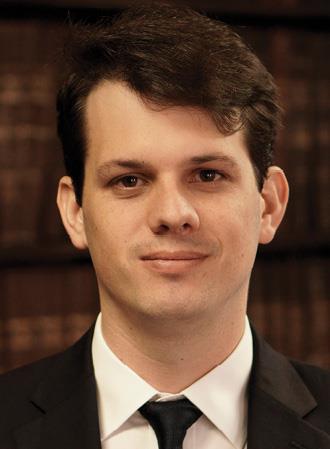 Guillermo A López Z is an attorney at law at Bolet & Terrero. He graduated from Universidad Monteávila and is currently a candidate for two LLMs – one in commercial law at the Andrés Bello Catholic University and one in IP law at the University of Los Andes. He has significant experience in IP law, especially in trademark enforcement, unfair competition, copyright, anti-counterfeiting and anti-piracy. He also has experience devising trademark registration strategies for all countries in Latin America and the Caribbean.