Grey-market goods are not considered to be counterfeit and the sale or distribution of these types of goods is not treated as a criminal violation; however, grey-market goods may be considered infringing under other provisions of trademark, patent or copyright law.

US Customs and Border Protection (CBP), part of the Department of Homeland Security, is the federal agency responsible for addressing counterfeit goods at the border. CBP can seize suspected counterfeit goods at any of the hundreds of ports of entry into the United States.

Rights holders may also seek an exclusion order from the ITC under Section 337 of the Tariff Act 1930. The ITC is staffed by administrative law judges. Proceedings in the ITC are similar to proceedings in federal court, with some minor rule changes. Like a federal district court, the ITC can issue temporary exclusion orders. An exclusion order may be directed to specific parties or more generally to a particular product – although CBP agents charged with enforcing a general exclusion order may have more success if they have information about the origin of the infringing products. ITC Section 337 proceedings allow a rights holder to assert unregistered common law trademark rights, in addition to any federally registered trademark rights. However, they can be brought only by US companies that have sufficient ‘domestic industry’ activity and may be more expensive than district court actions. Further, Section 337 actions are only for accused goods entering the United States. A recent Federal Circuit case held that electronic files imported or transmitted into the United States do not fall within the ITC’s jurisdiction.

Under the Anti-counterfeiting Consumer Protection Act of 1996, the government may also prosecute an organisation trafficking in counterfeit goods under the Racketeer Influenced and Corrupt Organisations (RICO) Act. The act permits seizure of the counterfeit goods themselves, as well as property, equipment, storage facilities and vehicles associated with the manufacture and transport of counterfeit goods. A RICO prosecution may be appropriate where a rights holder is faced with widespread distribution of counterfeit goods across several states.

Counterfeit goods seized by the government in a criminal prosecution are typically destroyed. Further, the accused counterfeiters are typically required to reimburse victims (including rights holders) of their crimes. However, these reimbursements tend to be smaller than the penalties that a rights holder would obtain if it pursued the case civilly. As discussed below, in a civil case a rights holder can seek its lost profits, statutory damages, an accounting of profits and attorneys’ fees.

In order to pursue civil litigation, a rights holder will typically conduct its own private investigation into the accused counterfeiter’s activities. This may include arranging purchases of the counterfeit products, researching the counterfeiters’ supply chain, identifying additional potential defendants and confirming the counterfeit nature of the goods in question. The evidence from this initial investigation is ordinarily used to support a request for a seizure order, temporary restraining order or preliminary injunction.

A typical request for civil seizure should be supported by detailed sworn affidavits, as well as a memorandum of law, in order to ensure that the points above have been adequately supported. Civil seizures of counterfeit goods are relatively common in the United States, though they may be more difficult to obtain in some circuits than in others. Requests for civil seizure orders are often accompanied by requests for a temporary restraining order, preliminary injunction, asset freeze and expedited discovery.

A developing area of US law presents both opportunities and challenges for rights holders seeking to combat online counterfeiting. The legal concepts of vicarious and contributory liability (whereby a party may be held liable for the trademark infringement or counterfeiting by another) can enable a rights holder to seek relief against an online service provider located in the United States that facilitates the infringing activities of parties located in remote regions of the world which either may not be subject to jurisdiction in the United States or may be impossible to identify. Under US law, liability can exist where one induces another to infringe a trademark or continues to provide services to another whom it knows or has reason to know is engaging in trademark infringement. In the online space, potential liability may exist against a range of online service providers, including online marketplaces, search engines, auction sites, web hosting companies and credit card payment processors. However, the law on this issue is in a state of flux, with courts rendering widely divergent holdings. One court recently observed that the law is lagging behind technology and called for US Congress to intervene. Before commencing a civil action, rights holders must therefore carefully consider whether the law in a particular US jurisdiction will support a claim against an online service provider.

The Office of the US Trade Representative (USTR) reported that online sales of counterfeit goods increased by 15% in 2015, and in 2016 noted that online counterfeiting has the potential to surpass traditional counterfeit distribution chains. The industries most affected were retail, electronics, pharmaceuticals and luxury goods. Cybersquatting and typosquatting continue to be among the most commonly used methods by counterfeiters to hijack online traffic. Other methods include manipulation of search engine results to direct traffic to ‘rogue’ websites selling counterfeit goods.

The USTR report highlights the need for rights holders to exercise heightened diligence when policing their brands online. An effective anti-counterfeiting strategy must include measures to monitor online activity and take prompt legal action to remove counterfeits from the marketplace, whether through takedown procedures or federal court action.

In 2016 the Office of the IP Enforcement Coordinator (IPEC), in coordination with representatives from the US Departments of Justice, Homeland Security, State, Commerce, Treasury and Agriculture and the USTR, released the long-awaited Joint Strategic Plan on IP Enforcement for Fiscal Years 2017-2019. The plan was developed pursuant to the authorisation granted under the PRO-IP Act 2008, which requires development of a three-year plan on IP enforcement, “with an emphasis on combatting counterfeiting and infringing goods in the domestic and international supply chains”. The plan is a comprehensive blueprint for the work to be carried out over the next three years by the federal government “to enhance coordination and collaboration in support of the effective enforcement of intellectual property rights”. The primary overarching goals of the plan include “promot[ing] a safe and secure Internet by minimizing counterfeiting and IP-infringing activity online”. It is anticipated that with the release of the plan, the federal government will actively enhance its anti-counterfeiting enforcement efforts using a range of coordinated strategies while drawing on the resources of multiple federal agencies.

A comprehensive anti-counterfeiting strategy in the United States focuses attempts to address the problem at all possible levels.

First, rights holders should register their trademarks with the US Patent and Trademark Office and their copyrights with the US Copyright Office.

Second, they should record both trademarks and copyrights with CBP. Rights holders should also:

Third, they should monitor the relevant marketplace for potentially counterfeit products. This includes monitoring online auction sites as well as brick-and-mortar locations where potential counterfeits are likely to pop up.

Fourth, they should ensure that they have positive, trusting relationships with both their suppliers and distributors, as these often provide a way for counterfeit goods to infiltrate the marketplace.

Finally, they should consider placing on their products appropriate anti-counterfeiting markings (eg, holograms, heat-sensitive inks, serial numbers, digital fingerprints and watermarks) in order to make it easier to detect counterfeits. 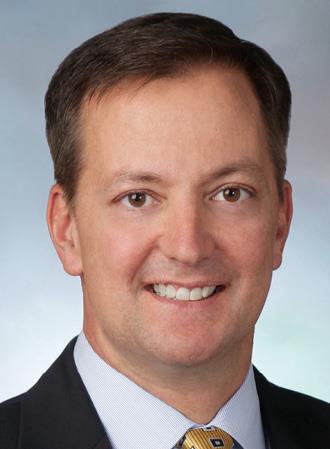 Steven J Wadyka Jr is a shareholder with Greenberg Traurig and serves as head of its anti-counterfeiting group. He represents parties in trademark infringement, copyright infringement, trade dress infringement, trademark dilution, false advertising, anti-counterfeiting and unfair competition litigation in federal courts throughout the United States. He serves as lead counsel in trademark and anti-counterfeiting litigation, handling matters such as expedited injunction hearings, jury and non-jury trials, and trademark opposition and cancellation proceedings before the Trademark Trial and Appeal Board. He obtains ex parte seizure and asset freeze orders to combat the distribution and sale of counterfeit goods, and handles cases under the federal Anti-cybersquatting Consumer Protection Act to enforce the rights of trademark owners against abusive domain name registrations. 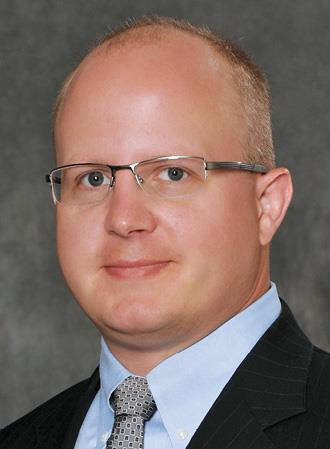 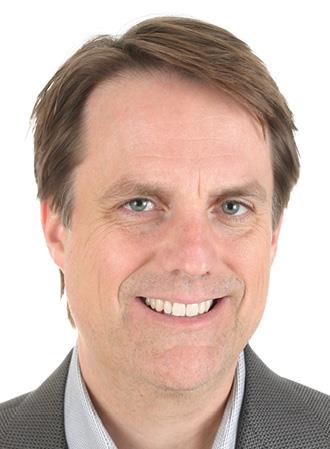