Multilateral international IP conventions have been in place since the beginning of the 19th century. The Paris Convention was adopted in 1883 in response to the need for a minimum global standard of protection for patents, trademarks, industrial designs, utility models, service marks, trade names and geographical indications, as well as for protection against unfair competition. Article 6bis of the Paris Convention, on well-known marks, was revolutionary at the time, as it recognised the protection of trademarks in countries other than their countries of registration.

The Paris Convention is the foundation of modern IP law and was succeeded by the efforts of the World Trade Organisation (WTO) and the adoption of the Agreement on Trade-Related Aspects of Intellectual Property Rights (TRIPs), which enhanced uniform IP protection. TRIPs sets minimum protection standards for various IP rights which must be applied by WTO member states. A uniform legal framework against counterfeiting is considered a necessity and although TRIPs has proved useful in the fight against fakes, corrective anti-counterfeiting measures must continually be improved in order to keep up with experienced counterfeiters.

However, the anti-counterfeiting framework creates challenges beyond the reach of traditional IP law. The increasing pace and diversification of counterfeiting activities call for the introduction of new international anti-counterfeiting legislation that can effectively address the problem. At the same time, such legislation should not interfere with individuals’ right to privacy. The controversial Anti-counterfeiting Trade Agreement (ACTA) raises several significant issues in relation to this dilemma.

ACTA has been regarded by many as a threat to individual privacy and democracy. Criticism has come from various sectors (eg, non-governmental organisations and consumers), and is mostly based on the fact that negotiations for the agreement were undertaken with a lack of decisional transparency. In 2012 the European Parliament invoked the Lisbon Treaty to reject ACTA. However, other countries such as the United States and Japan ratified it in the same year and seem to have a continued interest in implementing it.

ACTA has since gained substantial support across the globe, although its detractors are much more zealous, especially those in Europe.

ACTA provides for a series of measures that converge with those outlined in TRIPs, with the aim of facilitating cooperation among international enforcement authorities, implementation of best practices and increased coordination of technical assistance. ACTA supporters have put forth the following arguments in its favour:

Detractors of ACTA point to the following disadvantages:

ACTA – hailed by many and criticised by many more – has generated intense controversy for several years now. Its rejection by the European Parliament on July 4 2012 serves as unofficial confirmation that it will not come into force in Europe, while its implementation in the rest of the world is also in doubt. The demise of ACTA brings to an end years of secret international negotiations, during which opponents complained of insufficient public scrutiny to determine whether its proposals were appropriate, reasonable and proportionate. During European Parliament debates, opponents also complained that it could, if interpreted strictly, lead to censorship and the loss of online privacy. Fears that the agreement would limit online freedom helped to mobilise broad opposition across Europe, leading to demonstrations in many cities.

As the line between measures that are necessary to combat counterfeiting and those that violate individual privacy can be hazy, governments should seek to identify appropriate and reliable means of safeguarding individual fundamental rights, including freedom of expression, the right to privacy and freedom of establishment.

EU officials will likely start a new debate on protecting IP rights and combating counterfeiting. In order for such a debate to produce results, the challenges arising from various economic sectors in relation to various aspects of intellectual property should be carefully assessed and tailored solutions should be developed for each sector.

Fight for the future

As ACTA is practically dead – at least in Europe – the question arises as to what else can be done to fill the legislative gap. If ACTA cannot be renegotiated and a new treaty is put forward, a new procedure will need to be initiated, starting with a European Commission proposal and including approval by the European Council, negotiations and signature.

In the United States, aside from ACTA, stakeholders have focused their efforts on the PROTECT IP Act, a proposed law with the stated goal of giving the US government and copyright holders additional tools to curb access to “rogue websites dedicated to the sale of infringing or counterfeit goods”. The PROTECT IP Act is a revision of the Combating Online Infringement and Counterfeits Act, which the Senate failed to pass in 2010. A similar House of Representatives version of the bill, the Stop Online Piracy Act, was introduced on October 26 2011.

In Europe, stakeholders have issued various proposals, warnings and strategies for combating IP rights violations. The most recent intervention occurred in December 2016, when the EU Intellectual Property Office (EUIPO) launched an awareness campaign regarding the losses caused by trade in counterfeit products. A series of studies carried out by the EUIPO through the European Observatory on Infringements of IP Rights estimated that over €48 billion – 7.4% of all sales – is lost each year in nine sectors due to the presence of fake goods in the marketplace. An additional €35 billion is lost each year across the EU economy due to the indirect effects of counterfeiting and piracy in these sectors, as manufacturers buy fewer goods and services from suppliers, causing knock-on effects in other areas. The nine affected sectors are:

These lost sales translate into nearly 500,000 jobs directly lost or not created across these sectors, as legitimate manufacturers and distributors of corresponding products employ fewer people than they would have employed in the absence of counterfeiting and piracy. When the knock-on effect of counterfeiting in other sectors is taken into account, an additional 290,000 jobs are lost elsewhere in the EU economy.

The studies were carried out between March 2015 and September 2016 with the aim of obtaining a better idea of the economic costs of counterfeiting and piracy in the European Union. The study series also tracked the effect of fake products on public finances. In total, the annual loss of government revenue resulting from counterfeiting and piracy in these nine sectors is estimated at €14.3 billion, which includes lost income tax, value added tax and excise duties.

As the magnitude and effects of counterfeiting are significant and relentless, governments, businesses and consumers must take the initiative and implement long-term strategies to combat the problem. In this respect, increased cooperation between governments and coordination with industry would be beneficial to improving the available criminal measures (eg, Mareva injunctions), thus ensuring more effective enforcement of IP rights and encouraging public support in this respect. 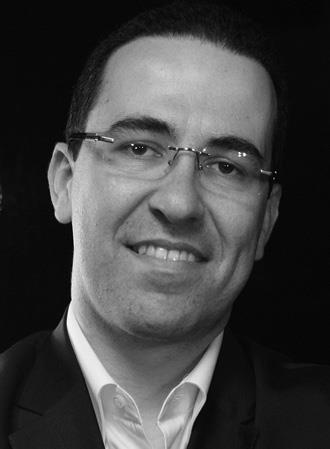 Michalis Kosmopoulos is a partner at Drakopoulos Law Firm and heads the firm’s IP department across Southeast Europe. He is a distinguished IP expert and is well known in the global legal community. Having dealt with a vast array of IP matters over the years, Mr Kosmopoulos has gained valuable experience in serving domestic and international groups, at both national and cross-border level. He is also a contributor to various prestigious IP publications. 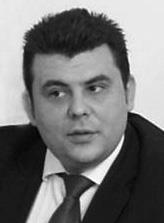 Adrian Roseti is a partner at Drakopoulos Law Firm Romania. With several years of expertise in the IP industry coupled with prestigious litigation activity, he is in continuous contact with each client, directly handling multifaceted matters.

Active in the international IP legal environment even before Romania’s accession to the European Union while serving as counselor to the Romanian Parliament, Mr Roseti provides a wide range of solutions to IP matters from a broad legal perspective.

He is a registered IP agent in Romania and has been appointed to the International Trademark Association Unfair Competition Committee for 2016 and 2017.