An exciting year ahead for trademark professionals

The issues of original equipment manufacturing for export, bad-faith trademark registration and transparency in public prosecution of IP crime will also remain high priorities for the Quality Brands Protection Committee until the progress made through the efforts of the judiciary, procuratorate and other stakeholders becomes consistent general and judicial practice.

If passed, the draft E-commerce Law – which aims to double the volume of e-commerce in China by 2020 without adopting a workable system to reduce online IP infringement – will probably be the single biggest challenge of 2017 for trademark professionals and consumers, as well as the Chinese judiciary, law enforcement and internet service providers (ISPs). The issues of original equipment manufacturing (OEM) for export, bad-faith trademark registration and transparency in public prosecution of IP crime will also remain high priorities for the Quality Brands Protection Committee (QBPC) until the progress made through the efforts of the judiciary, procuratorate and other stakeholders becomes consistent general and judicial practice. The pending amendment of the Anti-unfair Competition Law 1993 is another top priority, due to the protection that it provides for trademarks, trade names, trade dress and trade secrets. While facing these challenges on the frontline in the fight against IP infringement, the QBPC sees great opportunities for positive change in China.

In December 2016 the National People’s Congress (NPC) published the draft E-commerce Law for public comment. The NPC should be commended for its transparency and openness to public opinion in this regard.

However, among various issues, the most problematic is Article 54(2), which stipulates that “[a]fter receiving the notice transferred, if the online store operator on the platform submits a declaration to the e-commerce third-party platform to guarantee that there exists no infringement, the e-commerce third-party platform shall timely terminate the measures taken, transfer the operators’ declaration to the intellectual property holder, who issued the notice of infringement, and inform the intellectual property holder that it may complain to the relevant administrative enforcement agency or file a lawsuit with the people’s court”. This provision conflicts with Article 36 of the Tort Law, which requires the ISP to be held jointly and severally liable with any party that uses its services to conduct an infringing act, where the ISP either was notified of the infringement by the rights holder or already knew of the infringing act, but failed to take the necessary measures to stop it.

Moreover, in practice, third-party e-commerce platforms do not cease taking necessary measures simply because they receive a unilateral statement from the alleged infringer claiming that no infringement occurred. In short, Article 54(2) relieves third-party e-commerce platforms of the legal obligation to take necessary measures to prevent further damages arising from IP rights infringement; it even legally prohibits such platforms from taking (or continuously initiating) any necessary measures. This means that an infringer will be allowed to continue its infringing acts until the dispute is decided by administrative enforcement agencies or the people’s courts. Thus, those infringing acts that can easily be stopped by third-party e-commerce platforms at present will most likely have to be submitted to the courts or administrative agencies, unless the NPC can be convinced to change the problematic wording of Article 54(2) to make it consistent with Article 36 of the Tort Law.

In addition, Item 1 of Article 55 of the draft law stipulates that: “The following unfair competition acts are not allowed when engaging in e-commerce activities: (1) use of a commercial identity without authorisation which is identical with or similar to the main part of another’s domain name, website name, web page and other famous commercial identities, which misleads the public and causes the confusion in the market.” Article 89 of the draft law stipulates that violation of Article 55 will be punished in accordance with the Anti-unfair Competition Law. However, adopting the actual results of misleading the public and causing confusion in the market as the thresholds for unfair competition conduct is too strict and leads to practical difficulties in defining ‘actual confusion’ and the relevant market. Moreover, the Anti-unfair Competition Law contains no relevant articles to punish such violations.

Following the recommendations of the judiciary, the NPC – in the course of its third amendment of the Trademark Law – defined ‘use’ of a trademark as “the conduct of differentiating the source of the goods” (Article 48). Some judges used this definition to substantiate the judicial view that unauthorised use of another party’s registered trademark in China on goods intended for an overseas market does not constitute trademark infringement, as the function of the trademark in “differentiating the source of the goods” is not fulfilled in China and the goods are not distributed in China, making it unlikely that such unauthorised trademark use would confuse Chinese consumers. Several civil courts have adopted this view in their decisions. This also makes it difficult to characterise counterfeiting as a crime. As a result, administrative enforcement agencies, including Customs, are discouraged from taking actions against unauthorised use of another party’s registered trademark as long as the alleged infringer claims that the goods are intended for an overseas market. If not fixed quickly, this problem may cause significant damage to both domestic and foreign brand owners. After QBPC raised this issue with the authorities and provided constructive recommendations, thought leaders and the judiciary have revisited the matter and are willing to work with industry – including the QBPC – on finding a workable solution. Several recent court decisions have held OEM manufacturers liable for infringement, which is an encouraging development.

One of the primary objectives of the third amendment of the Trademark Law was to expedite the trademark examination process, as the process of opposition, appeal, administrative litigation and re-examination under the previous provisions of the law seemed endless. It could take many years to register a trademark, particularly when bad-faith opposition was involved. According to the new Trademark Law, a prior rights holder or interested party has only one chance to oppose a possible bad-faith application. Once the opposition action is dismissed by the China Trademark Office (CTMO), the preliminarily approved application will immediately proceed to registration. The party opposing the initially approved application may still file an invalidation action with the Trademark Review and Adjudication Board (TRAB) against the registered trademark, but it cannot stop the registrant from using the registered trademark before it is finally invalidated, which may take two to three years. In previous cases, bad-faith registrants have registered hundreds of others parties’ trademarks and used these registrations to support their bad-faith infringement civil litigation against the real trademark owners. This poses a serious threat to trademark owners facing bad-faith application and registration issues in China. It also generates a large volume of trademark-related administrative litigation for the Beijing IP Court and Beijing High Court.

To make matters worse, the CTMO and the TRAB in general do not use Article 7 (on good faith) to revoke or invalidate bad-faith applications or registrations, as Article 7 is not a legal basis for contesting these. Moreover, many foreign trademark owners, when trying to substantiate their opposition or invalidation actions, can provide evidence of long-term use of their trademarks outside China only; however, the CTMO, the TRAB and the Chinese courts accept evidence of prior use in China only. Prior use in China must also have generated “a certain level of influence” before the filing date of the bad-faith application or registration. Fortunately, the Beijing IP Court and the Beijing High Court adopted a more practical view in cases involving French cosmetics company NUXE Laboratory, Facebook and other multinational trademark owners.

A positive, cooperative approach to challenges and opportunities

Despite the aforementioned challenges, throughout the past 17 years of the QBPC’s history, many challenges have been overcome while new challenges continually emerge, as infringers continue to adapt to changes in the legal framework and enforcement activities. One critical factor that allows QBPC to work closely with the Chinese government, judiciary, law enforcement, academia, industry, media and other stakeholders is its commitment to the facts and to seeking win-win solutions based on a cooperative approach. It is critical for all stakeholders to recognise the positive recent changes in the Chinese IP environment and work together on the emerging challenges. 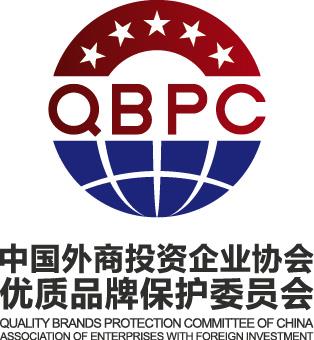 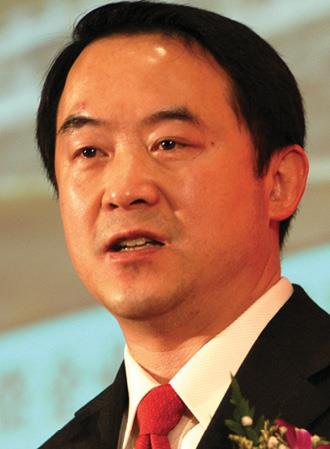 Jack Chang is chairman of the Quality Brands Protection Committee of the China Association of Enterprises with Foreign Investment.

Mr Chang’s recommendations on improving the IP legal and enforcement framework were adopted into the Chinese Product Quality Law, Trademark Law and Patent Law. He was pro bono adviser to the Shanghai IP Administration from 2007 to 2014 and selected by Managing IP as one of the world’s top 50 IP figures for 2006 to 2008 and 2010 to 2014. In 2012 he was awarded the Personal Achievement of the Year in Anti-Counterfeiting Prize by the Global Anti-counterfeiting Group. In 2016 he was awarded the Annual Brand Protection Hero Award by the Anti-counterfeit and Product Protection Centre of Michigan State University.