Estimating the global economic and social impacts of counterfeiting and piracy

It is therefore vital to strengthen IP enforcement regimes to mitigate trademark counterfeiting and copyright piracy. Measuring the scale of counterfeiting and piracy is part of the response process, helping us to understand the size of the problem and the related costs to society. Moreover, as policymakers grapple with allocating resources across multiple public policy challenges, better information on the scope, scale, costs and impacts of counterfeiting and piracy is necessary to ensure that the appropriate resources and priority are given to combating this problem.

The first meaningful steps to measure counterfeiting were undertaken by the Organisation for Economic Cooperation and Development (OECD). Its ground-breaking 2008/2009 report found that as much as $250 billion in counterfeits move through international trade. In releasing its findings, the OECD stated: “This total does not include the value of domestically produced and consumed counterfeit and pirated products and the significant volume of pirated digital products being distributed via the Internet.” In addition, the OECD explained that counterfeiting and piracy “can have broader economy-wide effects on trade, foreign investment, employment, innovation, criminality, environment… and with respect to governments, counterfeiting and piracy have direct effects on tax revenues and government expenditures”.

In the face of growing evidence that counterfeiting was continuing to increase, the OECD – in cooperation with the EU Intellectual Property Office (EUIPO) – updated its report in 2016. The OECD/EUIPO report found that trade in counterfeit and pirated goods had grown from $250 billion annually in 2008 to more than $461 billion in 2013. According to these findings, counterfeit products now represent more than 2.5% of all world trade – including 5% of all imports into the European Union.

Again, the OECD/EUIPO study looked only at counterfeits traded across borders, and BASCAP again moved quickly to pick up where the OECD and EUIPO left off – that is, to go beyond the scope of counterfeit goods in international trade to quantify the global value of counterfeiting and piracy and related economic and social costs. The Frontier analysis consists of the following four dimensions:

This new analysis shows that the scale of counterfeiting and piracy globally is large, has grown since previous estimates and is expected to continue to grow.

The report estimates the wider social and economic impacts on displaced economic activity, investment, public fiscal losses and criminal enforcement, concluding that these costs could reach $1.9 trillion by 2022. Taken together, the negative impacts of counterfeiting and piracy are projected to drain $4.2 trillion from the global economy and put 5.4 million legitimate jobs at risk by 2022.

“This new study shows that the magnitude of counterfeiting and piracy is huge, and growing,” according to Amar Breckenridge, senior associate at Frontier Economics. “Our objective is to as accurately as possible characterize the magnitude and growth of this illegal underground economy and its impacts on governments and consumers. The results show once again that in an interconnected economy, consumers and governments suffer alongside legitimate businesses from the trade in counterfeit and pirated goods.”

The following sections present an overview of the findings. The estimates of the value of counterfeiting and piracy across all four quadrants are shown in Table 1.

The first category of estimates in the Frontier report is derived directly from the research undertaken by the OECD and the EUIPO, on the extent of counterfeiting in international trade. The OECD and EUIPO estimate that trade in counterfeit and pirated products accounted for as much as 2.5% of the value of international trade, or $461 billion, in 2013. In the report, China emerged as the primary origin of counterfeits imported into the European Union. This is in line with US customs seizures data, which shows that 52% of seized counterfeit imports into the United States originated from China.

Similarly, the OECD/EUIPO report found that counterfeit and pirated products originate from nearly all economies. However, there is variation in prevalence by geography. It found a higher prevalence of counterfeiting in trade in the European Union, estimating that counterfeit and pirated goods accounted for up to 5% of imports into the European Union, or $116 billion, in 2013. Middle-income and emerging economies were often found to be transit points or producing economies of internationally traded counterfeits.

While the OECD/EUIPO report did not include analysis of domestically produced and consumed counterfeiting and piracy, it acknowledged that more investigation into these areas was needed. The Frontier report extended the OECD/EUIPO analysis to estimate the value of counterfeit goods that are both produced and consumed domestically (ie, goods that are not traded across international borders).

Using alternative models and existing data, Frontier estimated the total scale of domestic production and consumption of counterfeit and pirated products in 2013 at between $249 billion and $456 billion. The previous analysis estimated the value of domestic counterfeiting and piracy in 2008 at between $140 billion and $215 billion, indicating growth in domestic counterfeiting over time. The estimates considered that the structure of counterfeiting production can vary substantially by product type. For example, food and beverage products are typically developed to suit local tastes, resulting in domestically focused production. In turn, this can result in production of counterfeits being predominantly for domestic rather than international markets. In contrast, for generic consumer electronics, counterfeit production may focus on both domestic and international markets, with the latter potentially combined with assembly taking place in a local market. This can make it difficult to identify whether counterfeit production takes place in a domestic or external market.

It is necessary to focus on digital piracy, because the OECD/EUIPO report analysis is based on physically traded goods, and for sectors such as film, music and software, physical transportation is not the only or even primary mode of disseminating products. The report therefore considered the role that illegal online activity plays in substituting for legitimate modes of distribution and consumption – whether physical or online – in order to estimate the true scale of piracy. The report looked at the three sectors – film, music and software – in which digital piracy has a particularly significant impact and which account for the bulk of digital piracy. They are also sectors for which it is possible to develop reasonable piracy estimates derived from data reported by various market sector participants and data aggregators.

Estimating the scale of piracy in film is challenging for a number of reasons. One is the speed at which both the licit and illicit sides of the market have been changing since the advent of the Internet. The development of sharing and storing technologies, for example, has substantially influenced the way in which people steal intellectual property.

Table 1: Summary of estimates of counterfeiting and piracy

Source: Frontier estimates based on OECD 2013 data on counterfeiting in international trade, and UN trade and GDP data to derive estimates for domestic production and consumption. Data for piracy based on latest industry sources (2015).

The wider social costs arising from counterfeiting and piracy are substantial. The report finds that the link between counterfeiting and piracy and gross domestic product establishes a link between illicit activity and dampened growth, consistent with other empirical studies in this area. Erosion of IP rights is associated with poorer standards of governance and transparency, reducing incentives to invest or innovate and affecting long-term economic growth. The displacement of genuine activity by illicit activity is also likely to reduce efficiency, as the underground economy is likely to have more irregular supply chains that do not optimally allocate resources. The diversion from genuine to criminal activity reduces government tax revenues and may also have serious consumer effects due to regulatory non-compliance.

Our analysis shows that the scale of counterfeiting and piracy globally is huge, has grown since previous estimates and is expected to continue to grow.

“By filling in the gaps left by the OECD, Frontier has been able to paint a more comprehensive picture of the negative economic and social impacts of counterfeiting and piracy,” said International Trademark Association (INTA) Chief Executive Officer Etienne Sanz de Acedo. “The rapid growth in counterfeit trade means it’s vital for governments to step up the enforcement of IP rights, and for the public and private sectors to increase their engagement on this issue, as well as their support of government efforts.”

Our 2009 report projected the total impact of counterfeiting and piracy to rise to as high as $1.7 trillion by 2015.

While the numbers are not directly comparable, this report shows that the total has risen as set out in Table 1.

It is important to continue to highlight the scale of the challenge posed by counterfeiting and piracy globally. A number of next steps are important, including the following:

“No one report or approach will yield a complete picture or provide all the answers but we’ve attempted to examine the measurement of this illegal activity in a more comprehensive way than has been done to date and to develop methodologies that others can now use for more completely and accurately estimating the economic and social impacts of counterfeiting and piracy,” Breckenridge said.

BASCAP agrees with Breckenridge and is committed to learning from as many sources of expertise as possible, because we believe that reliable information on the scope and impacts of counterfeiting and piracy is critical for helping policymakers to better understand that the trade in fake goods is damaging their economies, threatening the health and safety of their citizens and stifling innovation and creativity. 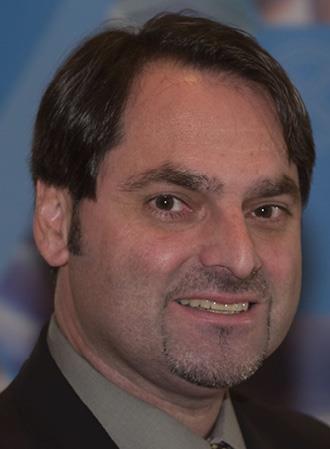 Jeff Hardy was the director of the International Chamber of Commerce (ICC) initiative Business Action to Stop Counterfeiting and Piracy (BASCAP) from its inception in 2005 until March 2017. BASCAP unites the global business community across all product sectors in an effort to stop the counterfeiting of goods and IP piracy. It focuses on setting standards for global performance by governments and companies, framing decisions for policymakers, advocating for the allocation of resources at the highest levels in national governments and building global awareness.

Mr Hardy joined the ICC in 1999 as a policy adviser and previously held various positions with the US government.