Unlike traditional bricks-and-mortar stores, online shops require minimal staff, which can lead to big savings. Unfortunately, these savings also apply to online infringers’ costs. In order to tackle online counterfeiting, rights holders usually hire someone to purchase the infringing goods and then take legal action based on this transaction.

Due to the explosive growth of e-commerce, online trademark infringement is gaining momentum and online enforcement has become an integral part of any brand protection strategy. Unlike traditional bricks-and-mortar stores, online shops require minimal staff, which can lead to big savings. Unfortunately, these savings also apply to online infringers’ costs. In order to tackle online counterfeiting, rights holders usually hire someone to purchase the infringing goods and then take legal action based on this transaction.

In practice, trademark enforcement often begins with a cease and desist letter. However, many infringers ignore such letters or else temporarily remove the infringing links – restarting their online sales shortly afterwards. Some e-commerce platforms, such as Taobao, have their own IP protection systems, which rights holders can use to file complaints. For example, following an online complaint, Taobao will order the removal of the infringing goods and – in the most egregious cases – the closure of the online shop. However, there is nothing to prevent the owner from opening a new online shop on Taobao, selling the same infringing goods.

Should letters and online complaints fail, rights holders must file complaints with local authorities, such as the AIC and Customs, or else initiate litigation. In order to do this, rights holders must be able to identify the infringers. However, many infringers do not identify themselves honestly on their online shops, even though they are required to do so by the Administrative Rules for Online Transactions issued by the State Administration for Industry and Commerce. One efficient way to identify an infringer is to place a real order, as the bank’s payment record will show the payee’s name. Moreover, some e-commerce platforms can disclose a seller’s identity upon the buyer’s request. However, such disclosures are not available on a rights holder’s request.

In addition to confirming the infringer’s identity, test purchases are used by rights holders for the following reasons:

Notarisation of evidence is not legally required. Nevertheless, according to Article 69 of the Civil Procedure Law, notarised documents shall be accepted by the courts, unless there is contrary evidence. Consequently, in spite of the high cost, an increasing number of rights holders choose to have their documents notarised.

In addition, notarised evidence is still effective and acceptable before the courts, even if notaries do not disclose their identities when conducting the notarisation.

Different courts have held different opinions on this issue. However, courtroom practice tends to fall into line over time and the trend in case law is that the location where the infringing goods were received is not considered acceptable as the place of infringement. Published rulings show that all trademark infringement civil lawsuits suing Taobao were tried by courts in Hangzhou, where Taobao is based.

How much to purchase?

In the ordinary course of events, higher sales volumes of infringing goods would result in more severe punishment or higher damages to be paid. However, if a rights holder hires someone to place an order for a test purchase, such behaviour is considered different from a normal business transaction because it is solely for the purpose of obtaining evidence. This being the case, the purchasing volume must be kept at a controlled level. Otherwise, the evidence will likely be questioned by the authorities on grounds of bad faith and lack of legitimacy.

Evidence acceptable in both civil and criminal litigation

In civil litigation, almost all courts at different levels accept and approve of such evidence. However, in rare cases evidence has been refused where the defendant has been deemed to be entrapped. In Ruling No (2015) Shen Zhong Fa Zhi Final – 49 the court stated that since the defendant attached the trademark at issue at the plaintiff’s request and the plaintiff failed to submit evidence to prove the defendant’s sales of other infringing goods, the evidence should be excluded.

In criminal litigation, rights holders may make test purchases in order to collect evidence, provided that this is not used as the basis of a criminal liability exemption. However, care is needed as a line must be drawn between the trap for the unwary innocent and the trap for the unwary criminal. One solution is to collect additional evidence to demonstrate that the defendant’s infringement took place over a significant period and that the alleged order is not the sole order involving infringing goods.

Test purchases are becoming increasingly popular as a weapon against online infringement. However, despite this growing acceptance, there are some contrary opinions.

In 2013 and 2014 Hangzhou West Lake Longjing Tea Association, registrant of the geographical indication certification mark WEST LAKE LONGJING (‘西湖龙井’) in Class 30, carried out extensive crackdowns against trademark infringement in many cities across China. In Guangdong, it sued more than 150 tea sellers and tea package producers. However, many of the defendants asserted that they were entrapped in the same manner – the person hired by the registrant visited their stores to buy West Lake Longjing Tea, together with a notary. When told that the seller did not stock this type of tea, the buyer then attempted to buy other types of tea, but required the containers, packaging and invoices to carry the WEST LAKE LONGJING mark. In order to fight back, the Guangdong tea sellers established a ‘self-protection alliance’ and openly condemned the registrant for seeking to make an immoral and unlawful profit under the guise of enforcing its trademark.

The registrant and the tea sellers reached a settlement for damages, which has not been published. However, there are 34 publicised court rulings, which all confirm the sellers’ and package producers’ trademark infringement. This case is a useful reminder to rights holders not to overplay their hand when it comes to obtaining evidence of infringement.

Should manufacturers be liable?

In practice, many sellers which have been sued by rights holders have claimed to be unaware that they were selling counterfeit goods. According to Article 64.2 of the Trademark Law, if a party that unknowingly sells infringing goods can prove that it obtained the goods lawfully and can identify the supplier(s), it shall not be held liable for damages. In fact, most defendants are perfectly aware that the goods are infringing, as the prices of counterfeits are significantly lower than those of genuine goods. In No (2015) Hu Zhi Min Final – 459, the plaintiff owned the trademark 劲霸K-BOXING, which has been recognised as well known for clothing. The plaintiff hired a third party to buy three t-shirts bearing this mark from the defendant’s website, for Rmb99, Rmb128 and Rmb135 respectively, which were verified as counterfeits. The defendant argued that he had purchased the three t-shirts from a Taobao shop and was unaware that they were counterfeit. However, the court found that the defendant’s purchase price for the three t-shirts was Rmb100 in total, while the genuine product prices for just two of the t-shirts were Rmb980 and Rmb768, respectively. Obviously, the defendant had not practised due diligence in avoiding trademark infringement.

Many people believe that when third parties hired by rights holders pretend to be genuine consumers purchasing infringing products, they are actually defrauding and entrapping the sellers.

In one copyright infringement case, the software in question was used together with a specific kind of laser phototypesetter. The plaintiff and the defendant were both distributors of the laser phototypesetter and were competitors in the field of laser phototypesetter sales. As the copyright owner of the software, the plaintiff authorised one of its employees to buy a laser phototypesetter from the defendant, without disclosing his real identity. The employee persuaded the defendant to sell the pirated software and install it on the employee’s computer. The Beijing High Court heard the case at second instance and held that the plaintiff’s behaviour amounted to entrapment, which is contrary to the principle of fairness. The court further opined that such behaviour, when frequent, is highly likely to harm the market. However, the Supreme Court ordered a new trial and overruled this decision, clarifying that the plaintiff’s collection of evidence via the notarisation of the purchase process could not be damaging to the public interest or third parties’ legitimate rights and interests, and was not prohibited.

The battle against online counterfeiting looks set to continue. Placing an order with an online infringer and then having the purchase notarised has almost become a necessary and standard step in obtaining strong evidence, which plays a crucial role in litigation and administrative complaints.

In addition to anti-counterfeiting efforts by rights holders, governments and e-commerce platforms should make joint efforts to curb trademark infringement and not restrict test purchases, particularly as infringement continues to run rampant in China. It is to be hoped that victims of trademark infringement take more appropriate and legitimate steps in acquiring relevant evidence as well. 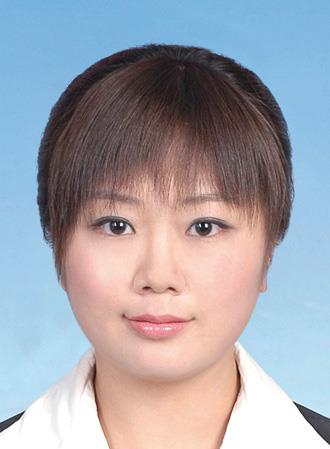 Haoyu Feng, attorney-at-law and partner at Chofn Intellectual Property, has been working in the IP industry since 2010 when she graduated from the law school at Renmin University of China. She has represented many multinationals companies – including Ford, Suncor, Metso, Kaufland and Medela – with regard to trademark prosecution, enforcement and litigation, copyright and domain-related litigation. Ms Feng joined the International Trademark Association’s Famous and Well-known Marks Committee in 2016. Her working languages are English and Chinese.