The economic impact of counterfeiting: strategies to secure sustainability

This chapter outlines a series of economic studies and reports on counterfeiting, and explains how such data reshapes the strategies of both rights holders and government anti-counterfeiting agencies.

Intellectual property is key to all stakeholders in the value chain, from rights holders to operators in IP-intensive industries to end consumers. In most cases, IP rights are the result of inventive activity, innovation, allocation of human and other resources, investment and production. Counterfeiting thus comes as a blow to IP-intensive companies, depriving them of valuable resources that could have been allocated to research and development, product development and branding. In the public sector, counterfeiting harms government budgets and the integrity of public administration by favouring the development of illegal labour, unreported employment, tax and tariff evasion, corruption and criminal activity. Consumers of counterfeit products run the risk of health and safety issues, since counterfeiters rarely comply with health and safety regulations. Understanding all of these perspectives is crucial for assessing the economic consequences of counterfeiting and planning appropriate and effective anti-counterfeiting strategies for both government agencies and rights holders.

The Organisation for Economic Cooperation and Development (OECD) was the first international organisation to review and analyse the impact of counterfeiting and piracy on international trade. In its 2007 report The Economic Impact of Counterfeiting and Piracy, the OECD attempted an initial economic analysis of the phenomenon. This milestone report has become a reference for all subsequent studies.

The OECD estimated that the impact of counterfeiting on international trade (excluding domestically produced goods and digital products) amounted to $200 billion in losses in 2005. This amount was predicted to climb to $1.7 trillion by 2015, based on projections made in a 2011 report by Business Action to Stop Counterfeiting and Piracy (an initiative of the International Chamber of Commerce) and the 2012 Iperico study commissioned by the Italian government. While not always fully substantiated, such estimates are crucial for combating counterfeiting: they raise IP awareness and highlight the economic impact of counterfeiting on corporate profits, government budget and consumer expenditure. Further, they promote the mobilisation of resources in the struggle against counterfeiting by communicating the urgent need for full commitment against the problem.

The OECD’s 2007 report explicitly outlined the impact of counterfeiting in all its dimensions. Counterfeiting undermines innovation and employment, deprives governments of tax income, creates health and safety risks for end consumers (especially regarding healthcare products and pharmaceuticals) and channels profits to criminal networks, including those trading drugs and firearms. Further, the United Nations Inter-regional Crime and Justice Research Institute published Counterfeiting as an Activity Managed by Transnational Organized Crime in 2012 and Europol and the Office for Harmonisation in the Internal Market (OHIM) published the Situation Report on Counterfeiting in the European Union in 2015; both of these provide valuable information on the consequences of counterfeiting.

In terms of consumer awareness, it is key to distinguish between the two principal counterfeit markets: primary and secondary. The main characteristic of the primary market is the deception of consumers, who unwittingly purchase products believing them to be genuine. In the secondary market, consumers knowingly purchase counterfeits and are fully aware of their active participation in illegal activities. Such distinction between markets and consumers should be taken into account when planning public awareness strategies and examining consumer behaviour regarding counterfeiting.

When it comes to numbers and quantitative analyses, the OECD’s groundbreaking 2007 report made an impressive start in the quantification of counterfeiting. However, the next big step in IP quantification came from OHIM. In 2013, OHIM and the European Patent Office published the joint industry-level report Intellectual property rights intensive industries: contribution to economic performance and employment in the European Union. This report was not restricted to anti-counterfeiting, but assessed the economic significance of IP rights and the need for their protection, concluding that “[IP rights]-intensive industries generate more than a quarter of employment and more than a third of economic activity in the EU”.

OHIM’s 2015 firm-level report Intellectual property rights and firm performance in Europe: an economic analysis showed that large companies are four times more likely to own IP rights than small to medium-sized enterprises (SMEs) (ie, 40% of larger firms have registered rights, compared to 9% of SMEs), and that companies that own IP rights perform better than those that do not. Apparently, IP ownership is closely associated with innovation and marketing; further, the benefits it creates are not restricted to rights holders, as rights holders generate more revenue per employee, pay higher salaries and employ greater numbers.

Sector studies shed more light on the subject. OHIM’s report The economic cost of IPR infringement in the cosmetics and personal care sector estimated that the legitimate cosmetics and personal care sector loses approximately €4.7 billion of annual revenue (ie, 7.8% of sales and 50,000 jobs) due to the production and distribution of counterfeit cosmetics and other healthcare products in the EU marketplace. When knock-on effects on other industries and government revenue are taken into account, the costs rocket to €9.5 billion in lost sales, 80,000 job losses and €1.7 billion in lost government revenue.

In addition to the general assessment of the value and importance of intellectual property, economic studies provide data that is essential for implementing an efficient anti-counterfeiting strategy, as follows.

Where evidence-based surveys confirm that consumer behaviour towards counterfeits is driven by deceptive practices and misleading information on the part of counterfeiters (eg, high prices or fake sales and offers), efforts should be concentrated on sophisticated investigations. However, in the secondary counterfeit market, where consumers consciously opt to purchase counterfeits, efforts should be directed towards public awareness campaigns, through which consumers should be informed of the value of IP rights and the negative effects of counterfeiting.

Expert reports and studies present detailed overviews of the impact of counterfeiting on employment as well as on public finance metrics such as gross domestic product, income revenue, value added tax and social security contributions.

Sectors most affected by counterfeiting

The diversity of counterfeits and the wide range of sectors affected by them make the implementation of a uniform anti-counterfeiting strategy by governments and agencies practically impossible. Although rights holders usually focus on one or two sectors and leverage their extensive knowledge of the relevant markets to deal with them, government agencies are called on to implement a strategy across almost all industry sectors and product categories.

The idea of a single consolidated anti-counterfeiting approach is made problematic by the fact that different products have different sources, distribution channels, concealment methods, criminal profiles and effects on public revenue. An anti-counterfeiting strategy can be designed only with extensive research into the most commonly found counterfeit products and their effect on different sectors.

The proliferation of counterfeits makes hunting down infringers and their products a financially crippling operation that most rights holders cannot afford. As a result, many companies focus only on key markets and large seizures, abandoning efforts in smaller markets. Unfortunately, this strategy favours infringers, which – instead of being discouraged – simply readjust their methods and focuses in line with the new circumstances.

In light of the analysis provided in the above reports, it is clear that new challenges have arisen for both governments and rights holders planning anti-counterfeiting strategies. The following points should be addressed through sophisticated and consistent strategic planning.

Studies on counterfeiting conducted by prestigious institutions provide governments with a full set of financial and other data, which can be further assessed and used in anti-counterfeiting efforts. For instance, data collected from reports quantifying the economic impact of counterfeiting may be used to enhance public and government agency awareness, since it highlights the severe negative impact that counterfeiting has on all aspects of public life, including public finance metrics and employment. Further, these reports reveal the relationship between counterfeiting and organised crime, the impact of both domestic and international illegal operations and the routes of illicit distribution channels. They therefore offer new perspectives and solutions in the fight against counterfeiting.

A number of reports and studies on the economic impact of counterfeiting have been published, providing valuable information on the issue – including quantification of its global, industry and firm-level impact. The information included in such reports benefits both rights holders and government agencies in planning and reshaping their anti-counterfeiting strategies. 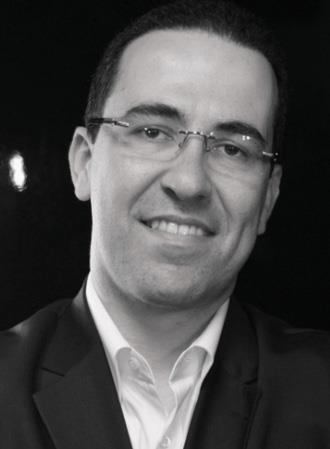 Michalis Kosmopoulos is a partner in Drakopoulos Law Firm. He is a distinguished IP expert and is well known in the global legal community. Having dealt with a vast array of IP matters over the years, Mr Kosmopoulos has gained valuable experience in serving domestic and international groups, at both national and cross-border level. He is also a contributor to various prestigious IP publications.