The level of awareness and concern about counterfeiting among rights holders, trade organisations and government officials has risen, yet the problem continues to grow.

In 2009 the Organisation for Economic Cooperation and Development estimated that worldwide counterfeiting was valued at $250 billion and counterfeits accounted for around 2% of world trade. That number is estimated to be about $2 trillion today. It appears that counterfeiting has grown nearly eightfold in six years. The level of awareness and concern about counterfeiting among rights holders, trade organisations and government officials has risen, yet the problem continues to grow.

Why has counterfeiting flourished even with the expansion of opposition to the problem? Simply put, criminals have learned that counterfeiting is a low-risk, high-reward crime and criminal networks view counterfeits as a safe revenue stream. Counterfeits can be sold for 10 times the amount of the manufacturing costs. Also, judges rarely impose long prison sentences on counterfeiters, even in jurisdictions that have strong criminal penalties in place. International intergovernmental organisations focused on crime – such as INTERPOL, EUROPOL and the United Nations Office of Drugs and Crime – have dedicated teams looking at counterfeiting because of its prominence in international criminal networks. A good example of the wide reach of these networks is a 2010 case in which Italian police arrested 17 Chinese nationals and seven Italian nationals in an investigation into various criminal activities, including prostitution, money laundering, tax evasion, human trafficking and the distribution of counterfeit goods. This arrest is one of many examples of the direct links between organised crime and counterfeiting, including Italian mafia links to counterfeiting networks in East Asia. Although counterfeiting is seen as a low-level crime, its prominence in criminal networks has become part of a larger threat. Enforcement officials confirmed that the Charlie Hebdo assailants sold counterfeits to fund the January 2015 attacks, illustrating the link between counterfeiting and terrorist networks.

Counterfeiting has proliferated with the rise of the Internet. In November 2015 the International Telecommunication Union released a report stating that 3.5 billion people are now online, representing 46% of the global population. This number is up from 30% in 2010. There are nearly 7.1 billion cellular connections worldwide, covering a whopping 95% of the world’s population. Another report, compiled by Ericsson in Summer 2015, states that there are 2.6 billion smartphone subscriptions globally. By 2020 there will be 6.1 billion smartphone users globally, led by huge growth in less-mature markets – about 70% of the world’s population will be online in five years’ time. This population of mobile users will have the Internet at their fingertips nearly everywhere they go. In September 2014 some 1 billion websites existed – a direct correlation with the launch in 2013 of new generic top-level domains (gTLDs), which have now rocketed to 639. Previously, only 22 gTLDs existed.

The growth of the Internet has provided innumerable opportunities for (and great advantages to) economic development and consumer choice. In particular, the benefits of the Internet to global commerce and communication are far reaching. However, criminals engage in all manner of illegal and unscrupulous activities online, whether it be fraud, cybersquatting or counterfeiting. Although these actions are committed in the virtual space, they have real-life consequences.

Complicated counterfeiting networks operating in the vast online environment make enforcement a daunting task for rights holders and law enforcement alike. Since transactions are no longer direct from the counterfeiter to the consumer, anti-counterfeiting efforts can involve many intermediaries. Many platforms come into play in the sale of these goods: search engines, shippers, payment providers, registries, registrars, online marketplaces and social media. There is no way that one brand or one law enforcement agency, working alone, can protect consumers from harmful counterfeits.

In order for anti-counterfeiting efforts to be effective, those involved must work cooperatively. Rights holders must work together, as they do in industry and trade associations. Coordinated law enforcement activities are necessary in order to work across jurisdictional boundaries to attack international networks. Finally, the private and public sectors must share information and cooperate for both parties to achieve effective results. Industry can play a key role in helping governments to understand the practical implications of policy and legislative decisions; thus, collaboration is critical for strong and effective anti-counterfeiting measures. Further, government officials want to hear from their constituents in order better to understand the issues and how to tackle them.

The International Trademark Association (INTA) recognises that it cannot tackle counterfeiters alone. This is why it works to connect its members with government organisations in many ways. INTA achieves this objective through participation in dialogues held by government officials at which private stakeholders are invited to give their opinions. A good example is INTA’s participation in the European Observatory on Infringements of Intellectual Property Rights, a network of experts and specialist stakeholders that are invited to give their perspective on the many projects of EU government that focus on intellectual property. INTA is represented on all five of the working groups, which focus on projects that are aimed at strengthening IP protection. It organises delegations to various countries, where local INTA members are invited to meet with officials to discuss relevant trademark and enforcement issues. The delegation visits also allow INTA to connect with various local organisations that are dedicated to the anti-counterfeiting effort. For example, in 2015 delegation trips to Buenos Aires led to introductions to several Argentine associations and agencies that are focused on joint anti-counterfeiting efforts, including the Argentine Confederation of Medium Enterprises, the Argentine Association of Anti-counterfeiting, the Argentine Federal Agency of Intelligence, the Argentine Federal Administration of Public Income and Argentina’s Association of Brands and Franchises.

Another tool that INTA uses to promote cooperation with government organisations is a memorandum of understanding. In recent years INTA has concluded memoranda with the following organisations:

These agreements create opportunities for INTA to develop anti-counterfeiting plans in these countries.

Finally, another area in which INTA has excelled is holding policy dialogues on online counterfeiting between online intermediaries, trademark offices, customs officials, police, judges, prosecutors, IP practitioners and rights holders. INTA recognises that it is difficult for all these parties to tackle the sale of counterfeits on the Internet separately. It is not the responsibility of one group to act alone; thus, the purpose of these dialogues is to discuss the state of trademark enforcement on the Internet and brainstorm ways in which all stakeholders can improve anti-counterfeiting together.

To arrange these policy dialogues, INTA often works with other anti-counterfeiting associations on a national level. INTA also recognises that it must work with other associations in order to see results in the effort against counterfeiters generally; accordingly, it engages in many other collaborative activities with anti-counterfeiting industry organisations. Most recently, INTA launched a partnership with Business Action to Stop Counterfeiting and Piracy (BASCAP) to host a series of conferences around the world to bring together key stakeholders in order to find solutions to the growing problem of counterfeiting. The programme aims to amplify the views of the private sector to governments, public and the media; and to raise awareness and understanding of counterfeiting activities on a local, regional and international level. The proposed theme for the 2016 conference programme is “Fighting Counterfeiting through the Supply Chain”. INTA and BASCAP will be partnering with local associations for each event in the series.

INTA and other players in anti-counterfeiting must also focus on the consumer – the last stage of the counterfeiting chain. To that end, INTA launched the Unreal Campaign, a consumer awareness programme that aims to educate high-school students (14 to 18-year-olds) about the dangers of counterfeiting and the importance of trademarks. Though the Unreal Campaign has organised several large-scale events in Asia, Europe, Latin America and the United States since 2012, it has reached only a small portion of the population. Industry and government must pool their resources to open the eyes of the public to the costs of counterfeiting in order to reduce demand for counterfeit products worldwide. If consumers stop buying counterfeits, criminal networks will stop selling them and look instead for other illicit goods as revenue streams. 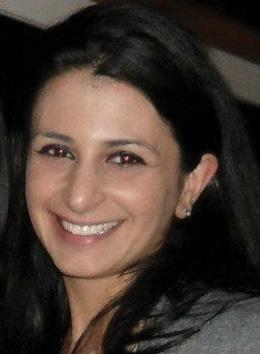 Maysa Razavi leads the global anti-counterfeiting efforts of the International Trademark Association (INTA). INTA is a not-for-profit membership association dedicated to trademarks and related intellectual property, with 6,700 member organisations in more than 190 countries. As a global association with members spanning all industry lines and sectors, INTA is dedicated to supporting trademarks and related intellectual property in order to protect consumers and promote fair and effective commerce worldwide. It uses the collective voice of industry to make positive changes in government policies through its advocacy efforts.