Malaysia’s efforts in fighting piracy and counterfeit goods – which include improved legislation and enforcement, especially for software piracy – have won it praise. Nevertheless, more still needs to be done.

Malaysia remains committed to promoting intellectual property as a source of wealth to boost the country’s economy and move it towards becoming a high-income nation. This is evident from Malaysia’s global ranking in the 2015 International Property Rights Index, which measures the quality of intellectual and physical property rights protection for economic wellbeing. It came in second behind Singapore among members of the Association of Southeast Asian Countries (ASEAN) and 28th out of 129 countries overall.

A major IP highlight for 2015 was the conclusion of the Trans-Pacific Partnership Agreement (TPPA) negotiations on October 5 2015 after five years of talks. Malaysia became one of 12 countries to sign the TPPA on February 4 2016. Ratification is expected to take place within two years. While the TPPA has received a mixed reaction from the Malaysian public at large, it is anticipated that it will provide opportunities for Malaysian-owned businesses to gain wider access to international markets. Rights holders can also look forward to broader protection should the TTPA be fully implemented in Malaysia.

Heated discussions have also taken place in the past year on emerging IP issues, such as whether to introduce plain packaging for tobacco products. In relation to false trade descriptions under the Trade Descriptions Act 2011, 4,866 cases were reported and more than $300,000 worth of goods confiscated from January to November 2015. In the same period a total of 38,997 premises were inspected nationwide, resulting in 1,514 cases and the seizure of about $2.75 million worth of counterfeit items.

Malaysia’s efforts in fighting piracy and counterfeit goods – which include improved legislation and enforcement, especially for software piracy – have won it praise. Nevertheless, more still needs to be done to raise awareness among local businesses and small and medium-sized enterprises, and further steps taken by the legislature and officers of the Ministry of Domestic Trade and Consumer Affairs to protect and enforce IP rights in Malaysia.

The legislation in Malaysia which provides for protection and enforcement in counterfeiting cases includes the following:

The Trademarks Act 1976 empowers Customs and rights holders to take action at the border. However, to date, these provisions have not been invoked due to the many onerous prerequisites and criteria which must be fulfilled in order for the complainant to make an application to the registrar of trademarks. Under the act, the complainant must provide detailed information on the suspected counterfeit shipments (eg, estimated date and time of arrival of the suspect cargo, the ship name or number and the container number). These requirements often prevent complaints from being lodged, as most of this information is inaccessible. It is hoped that the much-anticipated Trademarks Act will address these shortcomings and that amendments will be made to improve border enforcement and customs procedures.

The Copyright Act 1987 grants the police and the Ministry of Domestic Trade and Consumer Affairs wide enforcement powers. It empowers both enforcement bodies to enter any premises where there is reasonable cause to suspect that there are infringing goods or equipment for making such goods, and to seize such goods or equipment with a warrant. Seizures can be effected without a warrant if there are reasonable grounds to believe that the infringing goods or equipment may be destroyed or removed from the premises due to a delay in obtaining a warrant. The Copyright (Amendment) Act 2012 has extended the right of the police to gain access to computerised or digitalised data when carrying out investigations.

The Trade Descriptions Act is another powerful tool for enforcing trademark rights, which enables the registered owner of a trademark to lodge complaints with the ministry. Where an infringing mark is identical to a registered mark and there is clear evidence of infringement or passing off, rights holders can pursue an action by lodging a complaint with the ministry, which is vested with the power of arrest and search and seizure without a warrant. Following a raid, the ministry may prosecute the suspected counterfeiters on the advice of the attorney general’s chambers.

A civil suit is most appropriate when the identity of the key offending party is known and its financial worth and assets are sufficient to pay the damages and costs sought by the rights holder. Several remedies are offered in a civil suit, which are not necessarily exclusive and may be granted concurrently by the courts. These include:

Various types of injunction may be obtained ex parte, the impact and intensity of which vary according to their purpose:

A rights holder may also obtain summary judgment against a defendant where there is no clear defence against the rights holder’s claims.

Rather than embarking on criminal prosecution or a civil suit at first instance, which may prove to be both costly and time consuming, rights holders can opt for pre-emptive measures, including the following:

Malaysia reportedly has nearly 19 million internet users among its 29 million-strong population. The Internet has taken globalisation to a new level, making it an ideal platform for the sale of counterfeit goods. Piracy in Malaysia is no longer confined to physical media in optical disc formats (eg, CD-Rs and DVD-Rs). Piracy has also diversified into online piracy through illegal copying and dissemination of copyrighted music or videos over digital platforms.

In response to the rise in business models for online platforms, the Ministry of Domestic Trade and Consumer Affairs’ enforcement division has established a forensic unit to monitor websites which offer online pirated materials. The division also works together with other agencies – such as Customs, police and the Communication and Multimedia Commission – in dealing with hardcore piracy perpetrators.

In terms of legislative provisions, the ministry may invoke its powers under Section 5(1)(b) of the Trade Descriptions Act 2011 – which states that it is an offence for any party to supply or offer to supply any goods to which a false trade description is applied – in order to seize counterfeit goods that are sold online. Further, rights holders may obtain a trade description order in order to seize counterfeit goods which are imported, exported and traded over the Internet.

The Communications and Multimedia Act 1998 also provides an avenue for rights holders to protect their rights. The act created a licensing system and defines the roles and responsibilities of those providing communication and multimedia services. It prohibits a content application service provider from providing content which is indecent, obscene, false, menacing or offensive in character, or which is intended to annoy, abuse, threaten or harass any person.

Pursuant to the Copyright Amendment Act 2012, an internet service provider (ISP) can now be put on notice through the copyright owner’s written notification of claimed infringement to the ISP’s designated agent. The manner in which notification must be given is not specified in the Copyright Amendment Act, but the notification must definitively provide an undertaking to compensate the ISP or any other party against any damages, loss or liability arising from the ISP’s compliance.

If a notice which substantially complies with these requirements is received, the ISP must remove or disable access to the allegedly infringing material no later than 48 hours from receipt of the notification. The ISP must seek clarification from the copyright owner of any unclear aspects within the 48-hour deadline.

The Personal Data Protection Act 2010 came into force on November 15 2013. Online operators must now be careful when collecting customers’ personal data, as the act regulates the processing of this in commercial transactions.

The Ministry of Domestic Trade and Consumer Affairs launched the Basket of Brands programme in 2011 to give trademark owners which register their brands with the ministry priority with regard to the initiation of enforcement actions and the prosecution of trademark infringement cases through the implementation of a central database. As of December 31 2013, the ministry reported that 32 brand owners and 214 brands had registered under the programme. The success of this scheme has enabled the ministry to tackle problems stemming from piracy and counterfeiting. As part of the registration process, trademark owners must indicate that they will cooperate fully with the investigation and prosecution of infringement cases, including carrying out verifications of seized goods and submitting verification reports in a timely manner.

The Basket of Brands scheme reflects the government’s strong stand against piracy and counterfeiting. It is intended to save rights holders time and money, as the ministry conducts proactive and effective measures on its own initiative. In order to qualify for the scheme, the following documents must be lodged with the ministry:

The ASEAN Working Group on Intellectual Property Cooperation is the sectoral group responsible for IP issues in the region. Malaysia is a member of the group, which was established in 1996 pursuant to the 1995 ASEAN Framework Agreement. Among the initiatives undertaken as part of the 2011-2015 IP Rights Action Plan is the implementation of the ASEAN Patent Examination Cooperation programme, of which Malaysia is a member. Further, in efforts to accelerate the ASEAN Economic Community, Malaysia has increased its participation in regional collaboration to streamline IP protection within ASEAN member states.

Malaysia started IP valuation training in March 2013 to train local IP valuers through comprehensive modules – ranging from introduction of IP rights to methods of valuation, IP negotiation and IP management, drafting of practical valuation reports and sharing of international experience. This was followed by the IP Valuation Model, which provides guidelines to financiers on quantifying and assessing IP assets.

To complement the IP ecosystem, the IP Rights Marketplace portal was launched in 2014 to connect individuals, investors and businesses with rights holders for the purpose of commercialising and trading IP rights. MyIPO has since launched the Roadmap for IP Monetisation as a way to increase Malaysia’s revenue and transform its economy.

Negotiations on the TPPA finally concluded on October 5 2015. The TPPA has 29 chapters which cover goods market access, textiles, apparel, IP rights, government procurement, dispute settlement and exceptions, to name just a few. The chapter on intellectual property will harmonise standards across the region. 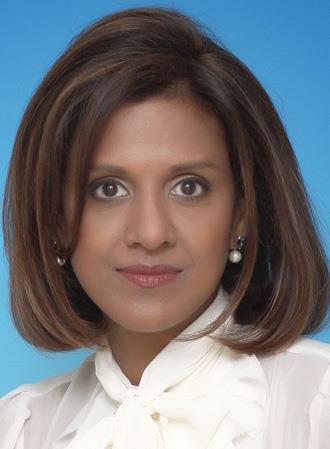 Karen Abraham jointly heads the IP and IT department of Shearn Delamore & Co. She has more than 25 years of IP experience, covering IP litigation, mediation, enforcement and brand consultation and management relating to the gamut of IP-related matters. Ms Abraham was appointed a director of the board of the International Trademark Association (2011-2013) and is currently assistant secretary general of the International Association for the Protection of Intellectual Property. She has crafted brand management programmes for leading multinational companies throughout the world and designed anti-counterfeiting and anti-piracy programmes and strategies for some of the largest local and global brands. Ms Abraham has actively advocated mediation of IP disputes in Malaysia. 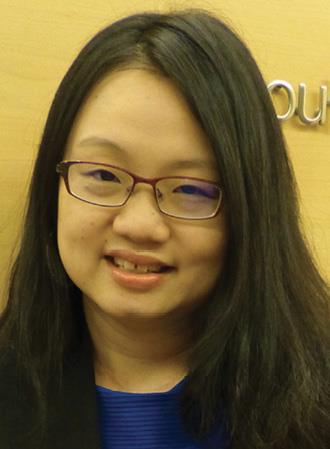 Janet Toh is a partner in the IP department of Shearn Delamore & Co. Her main practice areas are intellectual property, information technology and personal data. She has reviewed and drafted a wide range of IP agreements, including distributorship, licensing and franchising agreements for major corporations. She has advised clients on IP protection and ownership issues, advertising issues, consumer protection, copyright, domain names, e-commerce, franchises, gaming, regulatory approval for food and drug and telecommunications issues. Ms Toh’s clients include multinational companies in the pharmaceutical, oleochemical, internet, healthcare, electric utility and tobacco industries. She has spoken at conferences and seminars on IP matters and the Personal Data Protection Act 2010. Ms Toh was formerly president of the Malaysian chapter of the Licensing Executives Society.