The following are the main texts governing trademarks and service marks in Lebanon:

In November 2007 a bill seeking to amend and modernise Ordinance 2385/LR and the provisions of the Penal Code that relate to trademarks was introduced into Parliament.

Lebanon is a signatory to the following conventions:

Parliament has passed a law authorising the government to join the World Intellectual Property Organisation (WIPO) Copyright Treaty and the WIPO Performances and Phonograms Treaty. However, a new law is being considered by Parliament to correct some of the inaccuracies in the previous law. Once the new law is enacted, Lebanon will deposit the instrument of adherence with WIPO.

A bill was introduced into Parliament in November 2007 seeking authorisation for Lebanon to accede to the Madrid Protocol.

The Customs Law imposes restrictions on the import and export of certain prohibited goods and restricted merchandise. Restrictions may extend to:

Goods bearing false marks and labels indicating an incorrect origin are classed as prohibited and treated accordingly. They are seized on import or export, and the carriers are subject to penalties.

It is strictly forbidden to import, pass in transit, transport, export or re-export:

The violation or attempted violation of the Customs Law constitutes a criminal offence. Thus, the import or attempted import of prohibited goods without the submission of a customs declaration or through smuggling is considered an offence punishable by seizure and forfeiture of the goods, along with a monetary fine.

The value of the forfeited goods is added to the monetary penalty, which is determined as follows:

The offender can recover the seized goods if it is willing to remove the offending marks, labels, signs or indications of origin.

Violations and attempted violations of the Customs Law are referred to the criminal courts. The customs authorities initiate criminal cases by submitting a report of the seizure to the Intellectual Property Office (IPO), the department of the Ministry of Economy and Trade charged with notifying the injured party. The seized goods may be released after the infringing marks have been removed, with the IPO’s approval.

When violations are brought before a court, the injured party may join the case as a civil party.

The losing party bears the cost of storing the seized goods.

Section 702 of the Penal Code provides for a fine of between L£100,000 ($67) and L£1 million ($667) and/or imprisonment of between three months and three years where any party misleads consumers by knowingly:

Criminal charges may be brought against an individual or the manager(s) of a legal entity involved in counterfeiting activities.

The investigation usually takes between one week and one month from the date on which proceedings are initiated. The trial court takes approximately two years to hand down its decision.

Section 705 of the Penal Code provides that the judge can order the seizure of counterfeit goods even before handing down his or her decision.

A trademark registration is prima facie evidence of ownership and a basis for enforcement. Any prior users should petition the court to remove an illegally registered mark within five years of the date of registration. Once that period lapses, trademark ownership may not be challenged on the grounds of prior use, unless it is proven in writing that the registrant knew of the existence of the prior use at the date of the filing of the application to register the trademark. Evidence of prior use should always consist of written materials.

Unfair competition proceedings may lead to:

The courts have full discretion to decide whether an act of competition is unfair.

The courts are required by law to assess counterfeiting from the point of view of the ordinary consumer, taking into account the overall similarities between the original and counterfeit products, but without taking into consideration any minor differences between them.

The right holders may request:

In certain situations, where infringement is imminent and easy to prove, the owner of the original product or trademark can petition the judge to obtain a temporary injunction to stop the offending activity.

Although current laws and regulations do not cover all aspects of online infringement, the general rule of law and the IP laws apply to such infringements.

Contractual solutions and the alternative dispute resolution under the Uniform Domain Name Dispute Resolution Policy may serve to resolve conflicts between domain names and trademarks. The rules on unfair competition also apply to disputes over domain names.

Sections 701 and following of the Penal Code and Sections 105 and following of Ordinance 2385/LR cover all aspects of trademark infringement, including counterfeiting and usurpation of a brand name.

Sections 121 and following of the Code of Obligations and Contracts may also provide, to some extent, a legal basis for claims relating to the illegitimate registration of a domain name, because of the general reference made in these provisions to the notions of fault, negligence and good faith.

The IPO can investigate acts of alleged counterfeiting. IPO inspectors can:

The inspectors then prepare a report, which may be sent to the prosecutor for further action. The owner of the original product or trademark has 15 days from receipt of the report to initiate a criminal complaint.

There is a lack of knowledge of the IP laws at the judicial level – and even among lawyers in general. Therefore, the use of local counsel experienced in IP matters is recommended in counterfeiting matters, to help explain to the court and the police the various legal issues involved in the case.

Private investigators are not allowed to operate in Lebanon. Therefore, it is impossible to hire a professional investigator to obtain certain basic information before taking action against the infringer. Such investigation is done by the police after the criminal complaint is filed.

The Ministry of Economy and Trade has made efforts to fight infringement by establishing a consumer hotline for reporting acts of counterfeiting. In addition, the ministry has prepared and distributed brochures explaining the various IP laws available in Lebanon. Further, it has launched a website featuring information that is relevant to both consumers and rights holders.

The Ministry of Interior recently established a cybercrime police unit which specialises in the investigation of offences committed on the Internet, including the violation of IP rights. This unit is active and relatively well trained. In addition, the customs authorities are keen to combat all acts of counterfeiting and piracy. 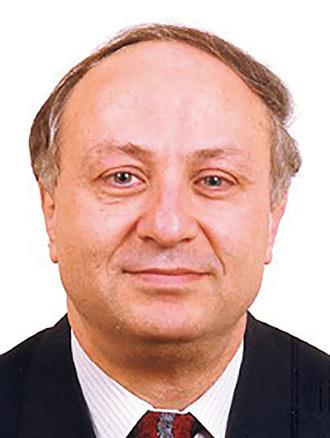