The growth of the Brazilian market and economy is paralleled by the increase in counterfeiting activities.

The growth of the Brazilian market and economy is paralleled by the increase in counterfeiting activities. The enforcement of IP rights involves planning, technology, intelligence, training and coordination, with support from a number of laws and treaties, as well as the relevant rules of the Federal Constitution, the Civil Code, the Criminal Code, the Civil Procedure Code, the Criminal Procedure Code and administrative statutory instruments.

The legal framework for anti-counterfeiting includes:

In addition, Brazil is a signatory to the main international IP instruments, such as:

With regard to trademark and copyright practice, the following acts are considered violations of IP rights in both the civil and criminal spheres:

Enforcement provisions allow rights holders to take civil actions in order to prevent further infringement and to recover losses incurred from actual infringement and criminal actions, with a view to convicting the infringers and imposing the penalties established by law. However, in practice, prison sentences are not imposed on counterfeiters.

Lawsuits are usually heard by state courts, while the federal courts hear actions seeking to declare void an industrial property right issued by the Brazilian Patent and Trademark Office.

In Brazil, the rights holder, the licensee and some associations (eg, copyright collecting associations) have legal standing to bring civil lawsuits for IP infringement.

Such regulations set forth the general guidelines for inspecting and retaining merchandise suspected of being counterfeit and establish the administrative procedures for final seizure and destruction.

Due to the great extent of the country’s borders, imported merchandise is monitored by Customs through sampling processes.

Retentions are made ex officio or on the rights holder’s request when there is prima facie evidence of violation. Thus, customs officers can hold for inquiry goods that are suspected of infringing trademarks and copyrights. Once the merchandise has been held, the rights holder or its trademark attorney is contacted to collect samples and state, by means of a formal declaration and within 10 business days, whether the goods are genuine. If they are genuine, the products are released to the importer.

If the goods are suspected of being counterfeit, in most states the rights holder can choose between the customs administrative procedure to suspend release of the goods or a judicial remedy. In the first case, a complaint based on a technical report must be presented before Customs, requesting the definitive seizure and destruction of the goods, and the importer is notified to reply. In the second case, the rights holder seeks to obtain a preliminary injunction requiring Customs to disclose the name and address of the importer, since this data is treated by the authorities as privileged and covered by tax privacy, and then files a lawsuit against the importer, requesting the seizure and destruction of the infringing merchandise. The importer is summoned to reply.

Some customs agencies interpret the law to mean that judicial action is mandatory and release the goods if it is not commenced.

After a considerable delay, in December 2013 the BPTO launched the National Trademark Owners Directory. The directory is a central database where authorities engaged in combating piracy (eg, the police, Customs and federal prosecutors) can access detailed information on trademarks that are targets for counterfeiting activities. The database represents a breakthrough in the enforcement of trademark rights, helping an increasing number of rights holders to prevent counterfeiting and piracy effectively.

As established by National Council for the Combat of Piracy Resolution 1/2011, the directory will assist public authorities in:

A general request for surveillance can also be filed at the Customs General Management Office, but rights holders can also express their concerns and ask customs officials directly to carry out inspection and monitoring, training them with regard to the features of their brands and products. Therefore, personal contact with and training of customs agents to identify infringing goods are possible and usually recommended.

Before a criminal prosecution for trademark infringement is initiated, the illegal activity must be proved. Thus, before filing a lawsuit seeking detention of the infringer, the rights holder must proceed with a preliminary criminal search and seizure action, where a court-appointed expert will seize and examine samples of the products. If infringement is confirmed, the expert’s opinion is homologated by the criminal judge and the rights holder will have 30 days to file the criminal action.

In cases of copyright infringement, the public authorities can initiate the public criminal action ex officio or at the request of the rights holder. In both cases, the copyright owner may participate in the action as assistant to the public prosecutor.

The law also grants enforcement authorities the discretionary power to conduct police raids against piracy and counterfeiting activities since, as stated above, they are regarded as criminal offences. Raids are usually conducted in city areas where many street peddlers or stores sell counterfeits and suspects are taken to the police station for testimony.

Following the seizure of merchandise in such raids, the products are analysed by police experts, a final report is prepared and the rights holder and/or the public authorities are required to file the subsequent criminal actions.

Police and criminal actions are effective enforcement remedies in many circumstances and the equipment and machinery used for the counterfeiting activity can also be seized and destroyed. An advantage of police raids is that they can be conducted against many infringers simultaneously, and even against infringers which have not previously been identified.

The Industrial Property Law establishes that, independent of the criminal action, the aggrieved party may file a civil lawsuit, seeking interim injunctive relief and damages. Both the Industrial Property Law and the Civil Procedure Code allow the granting of ex parte preliminary restraining and/or search and seizure orders. To obtain injunctions of this nature, the following procedural requirements must be met by the rights holder:

In some enforcement circumstances, it is recommended to issue a cease and desist letter before going to court.

Regarding software violations, the Software Law sets out a specific procedure. Before a civil lawsuit for damages is filed, the software owner must file a preliminary inspection action with an injunction request. If granted, two court-appointed experts will inspect the computers, servers and related devices in the search for illegal licences. Thirty days later, the software holder must initiate a civil lawsuit for damages and, based on the contents of the court experts’ opinion, request an injunction for the defendant to be ordered to refrain from using the infringing software under penalty of a daily fine.

As regards copyright infringement, the Copyright Law compels the infringer to surrender to the rights holder all infringing copies that it still possesses and to pay for the remainder of the copies that it produced, at the price at which they were sold or would have been sold. It also states that if the number of illegal copies is unknown, the infringer must pay the value of 3,000 copies in addition to those seized.

The Brazilian legal framework also foresees other types of civil enforcement remedy for IP rights infringements. One procedure commonly used is the preliminary action for the early production of evidence, which is normally used in cases where the evidence of the infringement may disappear or be modified. Similarly to the procedure for software infringement, on homologation of the court expert report, the rights holder must file the civil lawsuit for damages based on the contents of the court’s opinion.

Finally, the violation of any IP right creates an obligation to pay damages. To this end, the Industrial Property Law rules that the damages will be calculated based on the most favourable criterion to the injured party, as follows:

Punitive damages can also be claimed, but are seldom granted.

The civil compensation procedures are often slow and time consuming, and their success depends on the evidence of damages, the circumstances and the defendant’s financial situation.

The complaint must present evidence of the infringed right, the facts and the connection between these and the defendant (eg, website administrator or internet service provider (ISP)). Identification of the party that is responsible for the alleged infringement, although not mandatory, is recommended and usually required in order to bring effectiveness to any judicial decision.

Previous decisions have established the ISP’s responsibility regarding the information available on websites, especially if the ISP fails to respond or provide a remedy after receiving a first notice from the rights holder.

The Brazilian domain name registration authority adopted an alternative dispute resolution proceeding for all ‘.br’ domain names registered from October 2010 onwards. This proceeding is similar to international mechanisms, and aims to reduce time and costs and lead to effective domain name protection.

Besides registering trademarks, certain preventive measures should be taken in order to enhance the chances of success of an anti-counterfeiting campaign.

Under Brazilian law, the use of local legal counsel is mandatory when a complaint is filed before the courts. The chosen counsel should be experienced in IP matters, as well as civil, police and customs remedies. The use of investigators is important, as in Brazil the burden of proving the infringement relies on the plaintiff in both criminal and civil cases and the defendant is always entitled to withhold from the plaintiff any self-incriminatory evidence.

It is also vital that certain precautions be taken by the rights holder in its relationship with third parties (eg, licensees, local manufacturers or distributors). Due to the information and the materials that they receive, these companies will be in a unique position to infringe the IP right(s) should they wish to do so. Therefore, it is highly recommended to select local partners carefully in order to deal only with local businesspeople with a strong ethical background, and to initiate the business relationship only after a proper contract has been executed, which includes all basic clauses for the protection of the IP right and the rights holder.

Whenever possible, the use of authentication technology (eg, security labels) to fight counterfeiting is helpful, and the use of such technology is increasing in Brazil. Continuous monitoring of possible counterfeiters is a basic necessity, and sellers of the original goods should be taught how to identify counterfeit goods, receive incentives to do so, report infringements and receive feedback.

Cooperation with official anti-counterfeiting agencies is indispensable in order to implement and maintain a successful anti-counterfeiting programme. Several agencies are responsible in this area, depending on the nature of trade (eg, Customs for imported goods and goods already in the Brazilian market, and in some states the specialist anti-piracy police) and the nature of goods (eg, the Brazilian Health Surveillance Agency for medicinal drugs). The dialogue with the competent authorities must not stop; if the rights holder so desires, such dialogue can be conducted through associations dedicated to fighting counterfeiting formed by companies with similar activities. 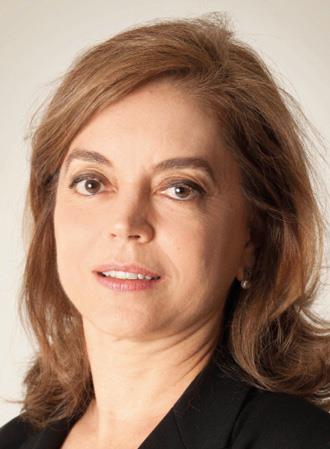 The author of Brazil’s leading trade secrets treatise, Elisabeth Kasznar Fekete has practised for more than 30 years in intellectual property, covering both litigation and counselling in the areas of trademarks, anti-counterfeiting, unfair competition, copyrights, IP contracts, innovation law and trade secrets. She excels at the strategic planning of IP-related litigation and the establishment of anti-counterfeiting programmes.

Ms Kasznar Fekete was president of the Brazilian Association of Intellectual Property (ABPI) and the International Association for the Protection of Intellectual Property (Brazil chapter) for the 2014-2015 term. She has a law degree with honours from the State University of Rio de Janeiro (1981) and a doctorate in commercial law from the University of Sao Paulo (1999). She was a guest research fellow at the Max Planck Institute, Germany (1983 to 1984). 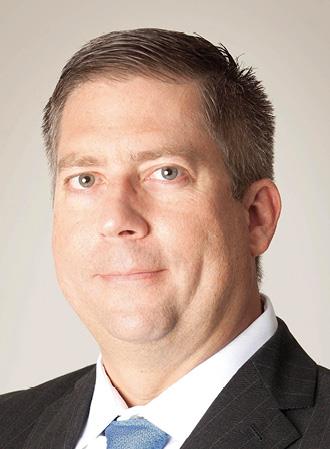 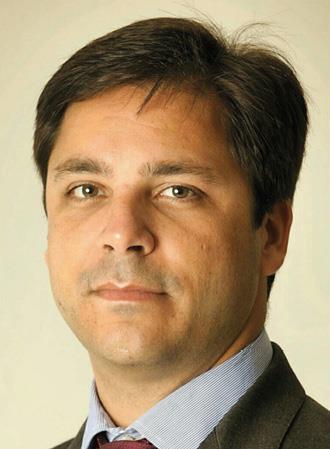 As of 2014 he is the sole ABPI representative at the Anti-counterfeiting National Council, a governmental organisation established by both public and private sector entities to develop and maintain enforcement, educational and economic programmes to fight piracy in Brazil.