The latest statistics for 2014 show that, thanks to increased information campaigns launched by Austrian Customs, the number of seizures and detentions of counterfeit goods – following a historical peak of 3,201 in 2011 – dropped to 2,344 in 2012, 1,894 in 2013 and further down to 1,293 in 2014. These mainly concerned items such as sports apparel, watches, shoes, mobile phones, including accessories and technical equipment for electronic devices, cosmetic and sanitary products and pharmaceuticals seized in the booming pre-Christmas season.

After a halving in 2013 compared to the previous year, the number of articles seized almost doubled again in 2014 to 195,689 (mainly due to a large seizure of more than 110,000 fake accessories for mobile phones). However, the total value of the seized articles remained almost the same, at €5.5 million – mainly attributable to seizures of high-end cosmetic products and mobile phones.

The new EU Customs Regulation (608/2013) and the corresponding implementing regulation (1352/2013), which replace the previous EU Customs Regulation (1383/2003) and the corresponding implementation regulation (1891/2004), came into force on January 1 2014. They standardise border seizure proceedings within the European Union and are thus applicable in Austria, where a special Austrian implementation law is now under consideration. Most likely, this will amend the Product Piracy Act, which contains provisions governing border seizures in Austria.

The IP rights that entitle rights holders to border seizure and other anti-counterfeiting measures are laid down in several national codes which provide for proper protection of intellectual and industrial property. Further, several EU regulations in this field apply directly. The main substantive IP laws in Austria are as follows:

The Unfair Competition Act is also relevant with regard to internet service providers’ liability, as is the E-commerce Act. The Rules of Jurisdiction and the Code of Civil Procedure govern proceedings in civil matters.

The IP laws also contain criminal law provisions on the protection of intellectual property. In addition, certain provisions of the Criminal Code apply where wilful infringement has taken place.

The EU Customs Regulation, its implementing regulation and the Product Piracy Act govern border seizures in Austria. Pending the enactment of amendments to the Product Piracy Act, expected within the coming months, there is a legislative gap between the EU and Austrian regimes. In the meantime, the Austrian customs authorities have said that as of January 1 2014, they will apply the EU Customs Regulation and its implementing regulation directly.

The core elements of these proceedings are:

Generally, rights holders must file a motion with Customs requesting Customs to inspect suspect goods to determine whether they are counterfeit and to seize them if they are. Thus, providing Customs with additional information on identifying features and distribution channels will help it to identify counterfeits. A border seizure order is valid for one year and can be repeatedly renewed for the same term. Customs will also act on the basis of an EU border seizure order.

Once goods have been identified as counterfeits traded on a commercial scale, or at least are suspected as such, Customs may seize them and temporarily suspend their release. Seizure may also be ordered by the tax authorities if the import of counterfeits amounts to tax fraud.

The costs of destruction are borne by the rights holder, although it may later seek to recover them from the counterfeiter. With the rights holder’s consent, the goods can also be made available to charitable institutions.

If an objection has been raised and court proceedings are not timely initiated, Customs must lift the seizure and release the goods. Otherwise, the seizure will be maintained until a final court decision has been rendered.

In order to keep administrative efforts and costs low, the new EU Customs Regulation has introduced a special procedure for the destruction of goods in small consignments, which allows for early destruction of the contents of postal or courier shipments of less than two kilograms or not more than three units, even without the consent of the rights holder.

Finally, importing or exporting counterfeits may constitute a tax offence, with a penalty of up to €4,000 (€15,000 in the event of wilful commission), as well as forfeiture of the counterfeits.

The substantive IP laws provide that wilful IP infringement is a criminal offence. The Code of Criminal Procedure sets out the procedural rules for criminal prosecution of counterfeiting.

One advantage of criminal proceedings is the right to a search warrant, which may yield further evidence or reveal a larger scale of counterfeiting activities. If other counterfeit goods are found during the search, they may be seized immediately. However, criminal proceedings do not provide for (preliminary) injunctive relief – only for punishment of the counterfeiter and forfeiture and destruction of the counterfeits. In certain circumstances, publication of the verdict may also be obtained. In straightforward cases, the judge can award damages for the injury suffered by the rights holder. However, the judge will often refer the rights holder to civil law proceedings in this respect.

In Austria, the criminal offence of wilful infringement is viewed as a private prosecution; therefore, the rights holder itself is responsible for filing and pursuing criminal charges. The time limit for criminal charges is generally one year, or five years for recurring offences. The penalty under most IP laws for wilful infringement ranges from a fine of up to 360 daily rates to up to two years’ imprisonment in the case of recurring offences. One daily rate may vary from €4 to €5,000, depending on the infringer’s economic strength.

Pre-trial investigation proceedings are no longer available to private prosecutors. This means that the rights holder must review the case and evaluate the available evidence carefully before initiating criminal proceedings; it can no longer file motions for preliminary measures against the suspect to obtain further evidence without having the suspect officially charged with a misdemeanour or crime.

The private criminal action must correspond to the requirements of a public prosecutor’s charge. Further, the private prosecutor must explain why it is entitled to bring charges. The private prosecutor may also apply for a search and seizure warrant and other appropriate measures. However, such warrants require the court’s approval and must be based on legitimate grounds. Moreover, if the suspect cannot be convicted (eg, since its intent could not be proven beyond doubt), the rights holder may still seek independent criminal forfeiture and destruction of the counterfeits.

Criminal charges for IP rights infringement must be brought before the court in the place where the offence has been committed. However, the Vienna Criminal Court has exclusive jurisdiction in cases of wilful infringement of patents, utility models, designs, Community trademarks or Community designs.

Both the defendant and the plaintiff may appeal the verdict before the regional court of appeals.

A rights holder can also choose from an array of claims to bring in a civil court, including:

In addition, the rights holder is entitled to:

In addition, the Unfair Competition Act provides for similar claims against engaging in unfair, aggressive or misleading commercial conduct or practices, such as misrepresentation of ownership of IP rights or slavish imitation of products. The commercial courts or commercial divisions of the regional courts also have jurisdiction over these disputes. However, in contrast to trademark claims, the limitation period for injunction claims in unfair competition cases is only six months.

The E-commerce Act provides for ‘freedom of access’, meaning that no additional authorisation is required for a supplier to offer products online. In other words, the supplier need only observe the same requirements as when products are offered offline. However, the supplier’s website must contain detailed information about its name, address and email, as well as the prices of its products and shipment costs.

The Austrian IP laws stipulate that an offer of counterfeit goods (including bids via electronic media) constitutes an act of infringement. Moreover, the Unfair Competition Act categorises the online advertisement of pirated goods as an unfair trade practice in terms of an IP rights infringement.

The Supreme Court has further held that the launch of a website advertising counterfeits and offering them for sale infringes IP rights. This view applies even if the domain name is registered abroad, because a link with Austria is evident from the fact that the site can be accessed in Austria. However, the court also ruled that appropriate disclaimers on a website may exclude the possibility of bringing an action before the Austrian courts.

The relevant host provider may be made liable for IP rights infringement, unless:

Pursuant to the E-commerce Act, there is no general obligation for providers to monitor the content they host. For cease and desist claims, it is a prerequisite that the provider was made aware of the infringement by the third party. This is generally not the case, according to Supreme Court case law, unless the provider has been notified by the rights holder (eg, through a warning or cease and desist letter). After receiving such notification, the provider will be liable for the infringement, provided that it is obvious to a layperson. However, the provider may avoid liability if it blocks access to the infringing content immediately after receiving the notification or warning letter. Moreover, in the context of a website blocking injunction, the Supreme Court referred to the European Court of Justice (ECJ) for a preliminary ruling on the question of whether a party offering copyright and related rights infringing material on a website is using the services of its end users’ access providers. The ECJ answered affirmatively, which means that the access provider shall be liable as an intermediary, even if it has no connection with the infringer.

Further, according to case law and amendments to the Telecommunications Act, which implemented the EU Data Retention Directive into Austrian law, the provider is not obliged to disclose information about the holder of a dynamic internet protocol address, as such data cannot be legally retained.

The most widely used preventive measure in Austria is the border seizure order. Precise up-to-date information regarding the originals, detailed identification features and information on distribution channels enables Customs to identify counterfeits and facilitate seizures.

It is important to work closely with public authorities. Public agencies such as Customs can act not only in border seizure scenarios, but also in interstate commerce, in particular when tipped off about a consignment of counterfeits being shipped through Austria. Close cooperation with the police can also facilitate seizures based on official search warrants. Membership of or cooperation with national or international anti-counterfeiting agencies facilitates the exchange of valuable information and assists in the fight against counterfeiting syndicates.

Further preventive measures lie with the respective rights holder and often depend on the availability of sufficient funds. In particular, rights holders often run market studies and activities to enhance brand awareness. Large companies are increasingly choosing to monitor their supply chains, controlling their relationships with contractors and revising contracts and licence agreements accordingly. The use of electronic devices is also being considered by numerous businesses, but many do not pursue this course of action due to budgetary constraints. However, technology is increasingly being used, particularly by larger organisations, to authenticate goods and monitor procedures. 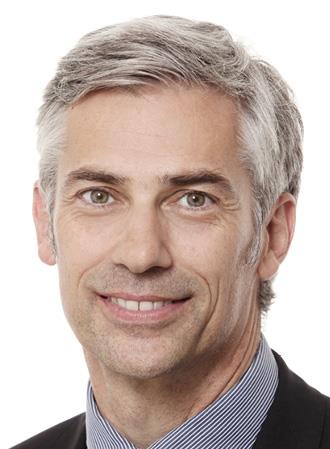 Alexander Cizek studied law in Vienna and the United States, and was admitted to the New York Bar in 1996 and the Austrian Bar in 2000. After 14 years’ affiliation with a large international business law firm, where he headed the firm’s IP and technology practice group in the Vienna office, he founded IP/IT-boutique CIZEK | IP. Mr Cizek specialises in all aspects of IP law, including trademarks, brand protection, anti-counterfeiting and trademark enforcement. He has extensive experience in anti-counterfeiting actions, including customs actions, and provides legal advice to both national and international clients.

Mr Cizek has been distinguished by the Chambers & Partners and Legal 500 guides for his brand protection and anti-counterfeiting work.