This chapter summarises the different categories of online trademark infringement and related court practice, as covered by the applicable Russian laws, domain policies and regulations.

Brand protection in the digital space has become more complicated over the last few years. Cybersquatters and bad-faith market participants are adopting new tactics and abusing new loopholes presented by the rapid growth of e-commerce and development of internet technologies. Nevertheless, domestic and international brand owners remain active and persistent in enforcing their trademark rights against third-party infringers. Russian cyberspace is no exception.

This chapter summarises the different categories of online trademark infringement and related court practice, as covered by the applicable Russian laws, domain policies and regulations. It provides an overview of enforcement strategies against infringing domain names and websites, as well as against the unauthorised use of trademarks in metatags or as keywords.

Domain name and website-related disputes involving trademark infringement are a major aspect of brand enforcement in Russia. Brand owners regularly assert their trademark rights against the registration of infringing domain names and the online distribution of counterfeit goods in order to halt the infringement, recapture the hijacked domain name and obtain monetary relief.

Article 1484(3) of the Civil Code states: “No one has the right to use, without the permission of the rightholder, signs similar to his trademark with respect to the goods for the individualization of which the trademark has been registered or similar goods if such use would result in a likelihood of confusion.” The online use of a trademark, including as part of a domain name or other type of address, falls under the scope of a trademark owner’s exclusive rights and is therefore permissible only with the trademark owner’s consent. Unauthorised trademark use, whether committed in relation to a domain name or a website, is generally prohibited and may be prosecuted by the trademark owner or its exclusive licensee.

Unless resolved in a non-judicial manner, domain name disputes fall under the jurisdiction of the Russian courts. Russia has not adopted the Uniform Domain Name Dispute Resolution Policy (UDRP). As a result, trademark infringement cases involving the ‘.ru’, ‘.РФ’ and ‘.su’ country code top-level domains may not be subject to UDRP proceedings before the World Intellectual Property Organisation Arbitration and Mediation Centre or other arbitration forums. However, Russian courts – including the IP Court – recognise the fundamental UDRP principles and allow application of the three-stage test prescribed by the UDRP in domain name disputes under Article 10bis of the Paris Convention for the Protection of Industrial Property. Therefore, the claimant must prove that:

This is widely supported by national court practice (see Re mumm.ru domain name, Resolution 18012/10 of the Presidium of the Supreme Commercial Court (May 18 2011)).

Further, according to Section 3 of Briefing Note SP-21/4 of the Russian IP Court on Domain Dispute Issues (March 28 2014), courts may apply the valid provisions of the UDRP when considering domain name disputes and unfair behaviour by domain name registrants. In practice, UDRP principles are extensively cited by trademark owners in clear-cut trademark infringement matters when domain names are merely registered and not delegated for affixation of any content (‘blank’ domains).

In a classic domain name dispute, the trademark owner must prove each of the following three basic factors:

In proving infringement, the trademark owner must act in good faith and avoid unfair hijacking of domain names using newly registered trademarks. In other words, a trademark owner which has acquired a bad-faith trademark registration may not sue for infringement (see Briefing Note SP-21/2 of the IP Court on Unfair Behaviour, Including Competition, Related to Acquisition and Use of Trade Identities (March 21 2014); and Re owimex.com domain name, Resolution A60-52709/2011 of the IP Court (February 11 2014)).

Domain name registrants are not the only such brand infringers. A trademark owner may have cause to act against at least two defendants: the domain name registrant and the party that is offering and selling pirated or counterfeit goods on the infringing website (ie, its actual operator). It can sometimes be difficult for trademark owners to prove the illegal activities and unfair practices of individual domain name registrants (ie, natural persons) who are not recorded as private entrepreneurs and do not represent a company. In these cases, the actual sellers of counterfeits can be pursued instead: the real operator of the website can be held liable for the infringement and obliged to pay compensation and legal costs to the trademark owner.

Where the owners of domain names lease or license their domain names to third parties which then place infringing content online, can they escape liability? In most cases, the answer is no. According to the general policies of the national domain registrars, domain name owners are responsible for all displayed content, including IP-related data (see Decision A40-128862/11-19-238 of the Moscow Federal Commercial Court (May 23 2013)).

However, certain local court practice holds that a domain name owner which has leased a domain name to a third party for further delegation is not liable for trademark infringement. The court may refer to a valid provision of the contract, if it is disclosed during the trial, shifting the content-related liability to the lessee (see Resolution A40-136427/2012 of the IP Court (January 29 2014)).

When different trademarks are placed on websites for information purposes only or to advertise goods authorised for sale in Russia by the trademark owner, and are not used in connection with the sale of counterfeits, no infringement takes place. The courts will then either:

Interestingly, domain name owners can be released from liability in certain instances. For example, a domain name owner may claim ownership of a trade name through extensive and lengthy online use of its domain name (before trademark registration), provided that such trade name has acquired distinctiveness and reputable status (see Re prontopizza.ru domain name, Decision A43-15155/2012 of the Volgo-Vyatskiy Federal Commercial Court (March 5 2013)). According to Article 1252(6) of the Civil Code, priority vests with the earlier IP right.

In general, trademark owners are well protected in domain name/website infringement matters, even when their claims are not perfectly formulated or are asserted inconsistently with legal requirements in terms of statement of claims. In other words, a domain name may be retrieved even if the trademark owner:

The courts usually investigate the overall circumstances surrounding a domain name dispute and assess the actual purpose of the claims in order to administer justice in line with the law. Further, courts can enforce not only regular trademark infringement issues, but also threats of trademark infringement (see Re nike.ru domain name, Resolution A40-111177/2012 of the IP Court (October 2 2013)) and cases of unfair competition (see Resolution 445/13 under Case A40-55153/11-27-450 of the Presidium of the Supreme Commercial Court (June 4 2013)).

Another brand protection issue relates to the use of trademarks in the HTML source code of a webpage (ie, metatags) or as a keyword (ie, a searchable word, aggressively used in the context of online advertising).

Russian courts generally hold that keywords which are applied for the purpose of contextual online advertising can be used solely for technical purposes and are part of the infrastructure of the Internet (see Resolution A40-19907/2013 of the IP Court (November 25 2013)). Specifically, one keyword can be selected for different ads belonging to different advertisers. Keywords are not part of ads, included in the content of ads or shown to users. Users have no information about which keywords are ‘responsible’ for ads and cannot correlate particular ads with particular keywords. Keywords (unlike trademarks) thus cannot identify any goods, services or persons. Therefore, trademarks cannot be regarded as used in keywords in most cases and Russian courts will most often not find trademark infringement in this context.

Although a trademark is regarded as a legal monopoly right to a certain extent, a trademark owner cannot prevent third parties from referencing identical or similar marks – provided that such reference is not actually intended for the identification of goods or services and does not trigger confusion among customers (see Resolution A40-164436/2012 of the Russian IP Court (November 26 2013)).

Further, it may not be possible to claim the use of trademarks in other forms of address. Each keyword may stand against an unlimited number of ads belonging to various advertisers. Likewise, each ad may correspond to an unlimited number of keywords. Thus, the ‘address’ principle (ie, the uniqueness of the address in the specific system) is missing.

There have been situations in which the use of trademarks in metatags – specifically, service tags of the HTML code ‘

Whether use of a trademark in metatags or keywords qualifies as trademark infringement will depend on the circumstances surrounding the case and the evidence submitted during the trial. Article 1484(2.5) of the Civil Code prohibits the use of trademarks not only in domain names, if committed without the trademark owner’s consent, but also in other forms of address and on the Internet generally.

Trademark owners have an assortment of tools and remedies to protect their rights in Russian cyberspace. Further, lawmakers and practitioners are constantly developing new rules and options that will further help trademark owners to enforce their IP rights in the most efficient way. For example, in 2013 Article 1253.1 of the Civil Code was adopted, which provides conditions under which internet service providers, search engines and other information intermediaries can be held liable for IP infringements. In particular, certain enforcement actions can now be applied to such parties if, after receiving written notification of infringement from the rights holder, they do not promptly take the necessary and reasonable measures to stop it. 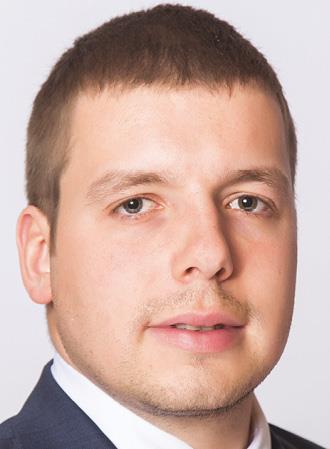 Sergey Medvedev is a senior associate working in the Moscow office of Gorodissky & Partners. He specialises in various legal issues relating to the legal protection, ownership, acquisition, exploitation, licensing, securitisation, litigation and enforcement of IP and IT rights in Russia and the Commonwealth of Independent States.

Mr Medvedev litigates and actively enforces IP and IT rights. He participates in judicial and extra-judicial dispute resolution actions, including domain and internet-related disputes, civil and litigation procedures and administrative and criminal proceedings. 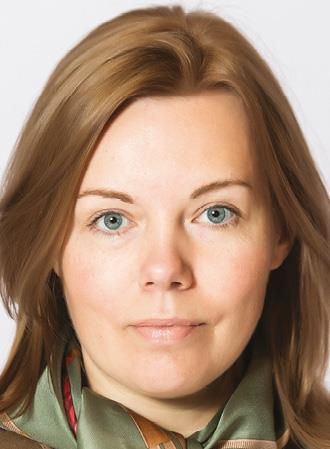 Ms Stepanova advises clients on all aspects of IP and IT issues, including copyright and related rights, patents, know-how, trademarks and brands. She counsels clients on IP and technology transfer issues, including licences, franchises and assignments. She conducts due diligence and participates in corporate and commercial IP and IT transactions. She enforces IP and IT rights throughout Russia and the Commonwealth of Independent States and is regularly involved in domestic and foreign dispute resolution. She is a member of the International Federation of Intellectual Property Attorneys.