In the past year the EU Observatory on IP Infringements has published two key studies on intellectual property and the way that it is generally perceived. The studies aim to provide much-needed independent evidence to help form a basis for a new narrative that will raise awareness about the global value of intellectual property.

In the past year the EU Observatory on IP Infringements has published two key studies on intellectual property and the way that it is generally perceived. The studies aim to provide much-needed independent evidence to help form a basis for a new narrative that will raise awareness about the global value of intellectual property.

The first report provides compelling evidence about the vital role and contribution that IP-intensive industries make to economic performance and employment within the European Union (https://oami.europa.eu/ohimportal/en/web/observatory/ip-contribution). In brief, these industries directly account for 26% of employment in the European Union; in real terms, this means around 56 million jobs. A further 20 million jobs are generated in businesses that rely on IP-intensive industries. In total gross domestic product (GDP) terms, this corresponds to €4.7 trillion and 90% of trade with the rest of the world. Directly and indirectly, trademarks alone account for over 63.1 million EU jobs and a 34% share (the highest of all IP rights) of the €4.7 trillion GDP figure.

The second report provides a complementary analysis and assessment of how European citizens view and understand intellectual property (https://oami.europa.eu/ohimportal/documents/11370/80606/IP+perception+study). It also reveals the relevant drivers of consumer behaviour in relation to IP-related products, from the physical goods that consumers buy every day to the services and content that they access online. As one might expect, the results reveal sometimes contradictory views. For example, 96% of Europeans believe that intellectual property is important because it supports innovation and creativity by rewarding inventors, creators and artists. What is more, over 86% agree that protecting intellectual property contributes to improvements in the overall quality of genuine products and services. However, the results also show that 10% of all Europeans admit to having engaged in IP infringements over the past 12 months and more than 33% tolerate this behaviour, feeling that breaking the rules can be justified if people have limited buying power or are protesting against economic models driven by a market economy and premium brands. Moreover, 26% of citizens between 15 and 24 years old report having downloaded or accessed copyright-protected content illegally over the last 12 months.

The reports provide food for thought and give a clear indication of where legitimate business and policy makers might need to focus their attention. However, they also provide indisputable signals for counterfeiters. First, they confirm that IP-protected products continue to provide a valuable and constantly developing avenue for their insidious business models. Second, while consumers are now beginning to understand the true value of intellectual property, they still have an insatiable demand for counterfeits, regardless of how dangerous some of the fakes might turn out to be. As a reminder, in an updated report in 2009 the Organisation for Economic Cooperation and Development (OECD) estimated that the worldwide trade in counterfeit goods was probably worth up to $250 billion (www.oecd.org/industry/ind/44088872.pdf), and that the range of fake goods being produced crossed every conceivable product sector. The growing problem today is that while fake designer clothes, watches and accessories cost industry and the economy millions in lost revenue and jobs, the emergence of far more dangerous counterfeits – such as alcohol, food, medicines, chemicals, pesticides, perfume, cosmetics and body care products, plus fake power tools and household electrical appliances – is now endangering society as never before.

Operation Pangea, an Interpol-led initiative involving 13 countries, resulted in the seizure of 9.6 million fake and illicit medicines worth over $32 million, including slimming pills, cancer medication, erectile dysfunction pills, cough and cold medication, anti-malarial pills, cholesterol medication and nutritional products (www.interpol.int/Crime-areas/Pharmaceutical-crime/Operations/Operation-Pangea) – a stark reminder of the scale of dangers that we now face and a clear warning to anyone reckless enough to consider buying medicines over the Internet. A further warning – a joint venture between Interpol and Europol, Operation OPSON III, led to the recovery of more than 131,000 litres of oil and vinegar, more than 80,000 biscuits and chocolate bars, 20 tons of spices and condiments, 186 tonnes of cereals, 45 tons of dairy products and 42 litres of honey (www.europol.europa.eu/content/thousands-tonnes-fake-food-and-drink-seized-interpol-europol-operation). Further, the most recent European Commission report on EU customs highlights that in 2013, almost 87,000 detention cases were registered across EU borders. This high number of detentions was caused by the rise in volume of small parcels in express and postal traffic. This is further proof of the ingenuity and development of counterfeiters’ business models, and that people are increasingly taking the risk of using the Internet to buy potentially dubious products from overseas. Worryingly, of the 36 million articles detained, products for daily use – such as body care articles, medicines, toys, electrical household goods – accounted for 25.2%.

There is little doubt that counterfeiting is continuing to spread and cause damage around the world. Those engaged in IP crime are now highly organised in powerful international criminal syndicates which have the funding, resources and links to move massive shipments of goods quickly and effectively across the world in order to raise massive sums of money to fund other criminal activities. So we are not only in a battle to prevent counterfeiting from depriving creators and inventors of their just rewards and destroying brand trust, jobs and much-needed revenue to public finances; we are now engaged in a crusade to dismantle organised criminal networks from threatening the health and safety of consumers across the world.

To help fight this pernicious form of criminality, strong legislation has been put in place across the European Union. This is often complemented by hard-hitting, practical measures taken by both public and private sector bodies at national and international levels. However, with resources stretched, enforcement is under pressure. As a result, despite many remarkable successes, as highlighted above, the volumes of counterfeit goods being discovered are still immense and ever more menacing.

Despite open recognition of the problem and increasing attention paid by Europol, Interpol, the World Customs Organisation, the European Commission and national authorities, there are clear and growing challenges to effective enforcement. Many of these appear to relate to a lack of understanding and knowledge. For example, despite efforts by organisations such as the OECD, it is still not possible to calculate the true scope, scale and impact of the problem. This makes it extremely difficult to focus resources correctly or to influence political and sometimes institutional will in order to take decisive action. While there is continuing and growing pressure on enforcement authorities, again the lack of data does not help us to influence enforcement agendas and key decision makers. Diverse legal frameworks across the world also contain obstacles that affect practices used in enforcement and information exchange. In addition, the fact that penalties differ between jurisdictions has an effect on the courts and the mind-set of the general public in disparate ways. Finally, we can ill afford to ignore the apparent and unquenchable consumer demand for all types of infringing products.

The Anti-Counterfeiting Group (ACG) was set up to help counter many of these problems (www.a-cg.org). Launched in 1980, the ACG is a not-for-profit trade association, recognised as a leading authority on the worldwide trade in fakes. The group represents the interests of over 140 UK and international companies which manufacture practically everything from toothpaste to mobile phones, from chocolate to car parts. Our membership provides a singular platform of experts, including lawyers, trademark agents, policy experts, enforcers and brand protection specialists. As a result, the ACG creates a unique environment in which anti-counterfeiting interests can flourish and collaborate.

Through our lobbying, networking and awareness activities, and in partnership with government, law enforcement agencies and other rights organisations, the ACG campaigns against the trade in fakes on behalf of consumers and legitimate business interests.

Recently, the ACG has also turned its attention to filling the gap on intelligence sharing, to help facilitate more effective enforcement cooperation on behalf of our members. Our intelligence coordinator provides a key link between our members and local and national enforcement authorities. By collating, analysing and developing tactical information and producing specific intelligence packs, he helps to drive more focused individual and joint operations throughout the United Kingdom. This “centred and evidential based approach” is a novel and effective driver in bringing together a range of experts to tackle counterfeiters on the ground.

An example of the success that such an approach can bring is Operation WATCH, a two-pronged programme launched in December 2013 and involving 17 of our members collecting intelligence on the scope and scale of product counterfeiting on Facebook. This work was analysed by our intelligence coordinator, who identified around 30,000 individual listings and hundreds of traders as selling counterfeit goods on the platform. Following this, in an operation guided by the ACG intelligence coordinator, our members carried out administrative takedowns of traders on Facebook which resulted in 650 traders and 2,500 listings being subject to takedown action – this included the removal of infringing images and profiles.

Phase 2 of Operation WATCH took place in June 2014. On this occasion 20 ACG member brands identified a top 20 trader list, some of which were offering for sale several thousand illicit and counterfeit articles and products, ranging from electrical goods to luxury products, clothing, footwear, perfume and fitness DVDs. All 20 were referred to national police and trading standards units for further investigation and a further 179 were subject to administrative takedown activities, with just over 3,000 individual listings and images being removed. In fact, 60% of the traders targeted in this action had their entire Facebook profiles closed down.

Facebook was extremely supportive in this initiative, which was hailed as a significant success by enforcement, government and industry sectors.

To sum up, the ACG exists to represent the voice of business in shaping an effective deterrent to counterfeiting in the United Kingdom. Through our continued participation in political and policy-level debates and our collaborations to help empower multi-agency partnerships and cement international relationships, we help our members and consumers to build safer communities for businesses to flourish. The group is determined to achieve this by helping to:

Our ultimate aim is to change society’s perception of counterfeiting as a harmless activity by exposing its worldwide economic and social harm. As explained, we already have over 140 members which are actively engaged. However, we need to ensure that all business sectors are represented. Only by joining together can we continue to ensure that we have a strong single voice to influence those who might still have some doubt about the growing threat of this dark and dangerous crime. 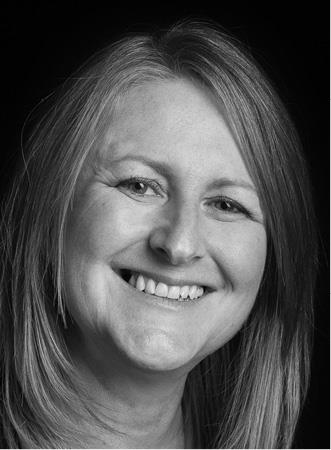 Alison Statham has been with the Anti-Counterfeiting Group (ACG) for nearly 10 years and was recently promoted to director of operations, in charge of effective leadership, development and performance, as well as day-to-day operations.

Ms Statham organises anti-counterfeiting events across the United Kingdom and Ireland. These not only reach a wide variety of anti-counterfeiting personnel – including police, trading standards, border forces and Customs officers, as well as brand protection specialists from the manufacturing and legal professions – but also provide a collaborative platform to help members of the IP community to support each other in the global fight against counterfeiting.

Ms Statham comes from a trade association background and held a similar role with the Toy Retailers Association.