Swedish IP law is in line with EU law and international agreements, including the Paris Convention for the Protection of IP Rights and the Agreement on Trade-Related Aspects of IP Rights.

Swedish IP law is in line with EU law and international agreements, including the Paris Convention for the Protection of IP Rights and the Agreement on Trade-Related Aspects of IP Rights.

The enforcement of IP and other rights relevant to anti-counterfeiting actions in Sweden is governed by:

As an EU member state, Sweden’s border measures are largely set out by the Customs Regulation as implemented into national law. On January 1 2014 EU Regulation 608/2013 concerning the customs enforcement of IP rights replaced Regulation 1383/2003. The new regulation sets down procedural rules for customs authorities to enforce IP rights for goods liable to customs supervision or control.

The European Commission has also developed guidelines to provide clarification on the application of the regulation with regard to goods in transit through the EU territory.

The Marketing Act complements various IP rights by providing that use of a misleading reproduction of a trademark also constitutes an unfair marketing practice. A rights holder can bring legal proceedings under the relevant IP act and under the Marketing Act at the same time. This leads to the possibility of double protection for a rights holder seeking to prevent unfair competition.

The Swedish customs authority, Tullverket (www.tullverket.se), has established anti-counterfeiting powers, including the right to detain goods which are suspected of infringing IP rights. Customs works at borders as well as across the entire Swedish territory.

Customs applications are valid for one year.

When, acting on a valid application, Customs seizes suspected goods and temporarily suspends them from release, the rights holder and the importer are informed. Customs will act when it finds goods that are suspected of being counterfeit and/or bear a similar trademark to that included in a customs application.

The rights holder must initiate a criminal or civil action within 10 working days of notification (which may be extended for another 10 days) in order to prevent release of the goods.

If the importer consents to destruction of the goods within this timeframe, Customs will destroy the goods. Customs may also act ex officio without receiving an application. In such cases the rights holder must file an application within four days of notification if it wishes to take action.

Infringement of a protected IP right is criminal if committed wilfully or with gross negligence. The penalties are fines or imprisonment for up to two years. Even an attempt to commit such a crime is considered a criminal act. In a criminal proceeding, the court can also ban the infringer from business operations for up to 10 years. The legislation also applies to the import of goods infringing a protected IP right.

The procedural regulation for bringing criminal charges against a suspected infringer varies depending on the type of IP right. In regard to copyright, prosecution can be initiated either at the request of a rights holder or by the authorities ex officio, provided that such action is necessary in the public interest.

However, in regard to industrial property rights such as patents, registered designs and trademarks, a prosecution against an alleged infringer presupposes that:

The regulations for prosecution are strict, which is why few criminal cases are brought before the courts. For example, only a major act of counterfeiting which seriously threatens a rights holder’s business will constitute an issue within the public interest.

At present, no specialist courts exist to deal with criminal IP cases. Therefore, in general, the competent court is the district court in the area where the offence was committed or, if that is uncertain, where the suspect resides. The district court’s verdict can be appealed to the court of appeal and later to the Supreme Court (for which leave to appeal is required).

In 2014 the Supreme Court heard an IP rights case in which it provided guidance on the imposition of criminal penalties. The Supreme Court ruled, among other things, that the court should consider not only factors such as the damage to the rights holder and the extent of the infringement, but also the risk of damage to third parties.

The Stockholm District Court is the only court with jurisdiction over infringement proceedings for all patent-related matters. If leave to appeal is granted, the case moves to the Svea Court of Appeal and later to the Supreme Court.

For other IP rights cases, the competent court is the district court in the area where the alleged infringer resides. Decisions can be appealed to the relevant court of appeal. There are six appellate courts in Sweden, which hear cases within their catchment areas.

The parties may conduct their suits themselves (even before the Supreme Court), but are usually represented by a lawyer who is a member of the Swedish Bar Association, although this is not a requirement.

The general rule is that the losing party must reimburse the winning party for its litigation costs. However, if the win is only partial, the compensation may be adjusted accordingly. The court may also rule that each party shall bear its own costs if the conclusive facts in the case were unknown to the losing party.

The timeframe for enforcement of a civil action from initiation of legal proceedings is between two and three years. This applies to both registered and unregistered trademarks.

The private civil enforcement of IP rights is commonly initiated through a cease and desist letter. Such a letter will usually:

Further, the rights holder may also request supplier details in order to trace the supply chain.

If the infringer does not respond to a cease and desist letter, or if the rights holder needs to take immediate action to stop the infringement, it may apply to the district court for an interim injunction.

In order to prevent actual use or to obtain damages for infringement, the rights holder must take legal action before the district court. The court may grant an interim injunction prohibiting further use of the trademark if the claimant can show good reasons and pays a sufficient bond to cover any loss that the alleged infringer may suffer. The district court may also order that the goods– including equipment used in their manufacture – be destroyed or altered.

In Sweden, parties have a duty to investigate the market before putting potentially infringing products on the market.

Preliminary injunctions: Until a final decision has been issued, the court can grant a preliminary injunction if the rights holder can prove probable cause of infringement and provides a sufficient bond to cover any loss that the alleged infringer may suffer.

Infringement investigation: In order to preserve evidence relating to an infringement, on petition from the rights holder the court may order the Enforcement Authority to undertake an investigation to search for objects or documents of importance in assessing the alleged infringement. Such an order may be delivered ex parte (ie, without notifying the suspected infringer). The rights holder must post a bond to cover any damage which the investigation may cause to the other party.

The court can order an infringement investigation before legal proceedings have been initiated. Such order will specify the aim of the investigation, the goods and documents to be investigated and their locations. It is often not possible to specify exactly the type of goods or documents that are of interest. However, a decision can, for example, specify “counterfeit goods carrying the trademark x”. Such enforcement decision can be granted within a few weeks.

If an application to execute an infringement investigation order is not filed with the Enforcement Authority within 30 days of the court order, the order becomes invalid.

The rights holder may seek:

The same general principles apply to the calculation of compensation for infringement of a patent or design.

As in other countries, counterfeit products are widely sold online in Sweden. Most websites selling infringing products tend to be connected to businesses located outside Sweden, as indicated by often poor Swedish translations on the websites.

A court may order that a domain name be forfeited. However, there are no standard proceedings for the treatment of an infringing domain name – the service provider must outline how the request should be fulfilled.

Rights holders should have a long-term strategy to protect their IP rights and to spot infringing goods as early as possible in order to minimise damage. Because Customs plays a key role in tackling suspected counterfeit goods at an early stage, it is important to file a customs application and regularly pursue cases detected by Customs.

Securing evidence at an early stage is vital. Infringement investigations are effective only if the rights holder knows where the infringing goods are located and the infringer is unaware of the investigation. Therefore, it is important to be strategic before an investigation is sought in court. The need for an ex parte order and the importance of an exhaustive order should be detailed in court so that there is no room for misinterpretation by the Enforcement Agency.

In regard to anti-counterfeiting online, one key strategy is to obtain a preliminary injunction from the court directed at the service provider of a domain, in order to require it to act against the infringer.

Mårten Stenström is a partner in Nordia Law’s corporate and IP departments. He graduated with an LLM from Stockholm University in 1990 and thereafter served in the Swedish courts. He works in the field of general business law and heads Nordia’s IP department in Stockholm. He has been named in Legal 500 Europe and contributed to the European HandbookonEuropean Advertising Legislation (Cavendish, London). He assists Swedish and foreign clients in various areas of business law. 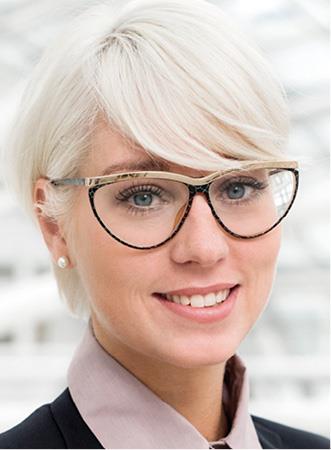