Customs proceedings and actions have become relatively effective means of blocking counterfeit products from entering the Romanian market, as Customs has started to take a proactive role in enforcing IP rights at the national borders.

The legal framework for the protection and enforcement of IP rights in Romania is as follows:

Customs proceedings and actions have become relatively effective means of blocking counterfeit products from entering the Romanian market, as Customs has started to take a proactive role in enforcing IP rights at the national borders.

Rights holders seeking intervention by Customs must file an application to record each relevant IP right. This allows Customs to seize any goods suspected of infringing the recorded rights when they are imported into or exported from Romania. Once the counterfeit goods are seized, the owner must file for civil or criminal proceedings.

Even without an application from the rights holder, Customs can suspend customs procedures and/or seize the goods if there is a suspicion that they might infringe an IP right. When this occurs, Customs will inform the importer, holder or designee of the goods at issue, as well as the owner of the allegedly infringed IP right. Over the past three years, Customs has taken such action on numerous occasions.

In certain circumstances Customs may destroy seized goods, provided that:

Destruction is carried out only by companies approved by the authorities, which is causing some cost and delay issues for rights holders. The costs incurred by destroying the counterfeits, which tend to be high, are borne by the rights holder – which is not unique to Romania. For these reasons, rights holders will generally consider carefully whether to intervene in customs proceedings and request destruction of the counterfeits. In practice, they often choose to participate only if the scale of the counterfeiting activity is significant. Increasingly, rights holders are requested not to seek destruction of the goods, but rather to give them away to various social organisations for charitable purposes.

Counterfeit goods for non-commercial use whose value is insufficient to require payment of customs duties are an exception to the above rules.

Rights holders tend to resort to criminal prosecution as a means of enforcing their rights when they do not have information on the manufacturer or importer of the counterfeits, or where there is large-scale counterfeiting of products which could have a significant impact on the market. Another reason to choose criminal rather than civil proceedings is that in criminal proceedings, stamp duty need not be paid if the owner requests damages. A recent development is that companies may also be subject to criminal investigation, although to date, no cases against legal entities have been brought.

In recent years police departments and the Prosecutor’s Office have focused increasingly on IP matters. They are now more willing to take action and to investigate claims more thoroughly. This is partly due to the negotiations relating to EU membership for Romania and the attendant requirements imposed on Romania to harmonise its legislation with relevant EU IP law and practice, and to be more rigorous in addressing IP issues. To this end, certain regulations have been amended so that a complaint is no longer required from the rights holder in order to initiate action in criminal cases. Special departments have also been created in the police and the Prosecutor’s Office. On the other hand, the rights holder’s full cooperation is required in proceedings in terms of ascertaining whether the relevant goods are counterfeit, as the authorities can find it difficult to proceed with their investigations in the absence of such cooperation. In practice, a lack of cooperation on the part of the rights holder can result in no, or insignificant, penalties being imposed on the infringer.

The downside to active participation is that in criminal proceedings, the owner has a very limited role, because the party that is considered to have suffered most damage as a result of any abuse is the state. As a corollary, the proceedings are conducted by state institutions (police departments working under the supervision of the Prosecutor’s Office). Thus, criminal proceedings are slow compared to civil proceedings and the investigation which is undertaken before sending the file to court takes on average between three and six months. However, there are some exceptions where cases have been settled within one month. Moreover, in a considerable number of cases the investigation ends with a finding that there is a ‘lack of social danger’ – in other words, although a crime has been committed, it poses no real danger to society.

During the investigative stage of criminal proceedings, the prosecutor assigned to the case may take the following preventive measures:

Once the investigation has ended and the case has been sent to court, the court can order the following remedies:

Romanian jurisprudence in this field has developed significantly in recent years. While few decisions had been issued by the start of the 1990s, there is now a large body of relevant case law. For this reason, special panels have been created at the Bucharest Tribunal, the Bucharest Court of Appeal and the High Court of Justice and Cassation. The creation of specialised panels has greatly enhanced the quality of the case law, in terms of both decisions reached and the underlying reasoning, which is now set out in detail.

As only the Bucharest courts have specialised panels, and due to the quality of their decisions, rights holders often forum shop and choose the Bucharest courts. This is possible even if the defendant does not have its registered office in Bucharest, as long as it can be shown that an act of infringement or counterfeiting has occurred in the capital.

The owner may request the following measures:

In civil proceedings the courts may, at the request of the rights holder, order:

Infringement and counterfeiting activities have followed on from the rapid development of the Internet and e-commerce. Such activities range from the registration of domain names incorporating a trademark – either for cybersquatting purposes or for future unlawful use – to unauthorised use of trademarks and breach of copyrights online. While initially little action was taken, either by the relevant state authorities or by rights holders, there is now an increased focus on the online protection and enforcement of IP rights. In addition to specific e-commerce provisions in the relevant laws and regulations, the general provisions on the protection and enforcement of IP rights apply in respect of the Internet and e-commerce, and the choice of either civil or criminal proceedings is available. In the case of actions relating to the sale of counterfeit goods over the Internet, rights holders can resort to forum shopping on the basis that the infringement is considered to take place anywhere that the Internet can be accessed.

The number of cases pending before the Romanian courts or with dispute resolution service providers (eg, the World Intellectual Property Organisation) in relation to ‘.ro’ domain names is increasing significantly. Although the Romanian courts do not seem to be the preferred forum for certain rights holders, due to the length of proceedings and the possibility of appeals, interim injunctions are available and have the same effect as launching a special procedure with one of the dispute resolution service providers.

In some cases infringements caused by a domain name are combined with infringements resulting from the unauthorised use of a trademark or from breaches of copyright, as part of an attempt to mislead consumers as to the ownership of a website and the identity of the provider of goods and/or services offered for sale on such a site. Most of these cases can be resolved before litigation through cooperation with internet service providers (ISPs). When presented with evidence of a breach of trademark and copyright laws by a website owner, most ISPs will immediately suspend access to that site. Where such requests are unsuccessful, the next option is to file civil or criminal proceedings.

Rights holders should use online investigation strategies upon becoming aware of online counterfeiting activity. These can help to determine which domain name registrations pose a threat and to reveal information on their owners and the relevant registrars. They can also highlight whether the domain name registrant owns other infringing sites. Such information may help to show bad faith on the part of the registrant.

Once a rights holder becomes aware of potential counterfeiting activity, it must react quickly, devise a comprehensive strategy and use as many interim measures as possible (with Customs, the Romanian courts or the Prosecutor’s Office) in order to put an immediate stop to the infringing activity. This strategy should involve consultation with, and the use of information from, local licensees, where relevant. Licensees should also be encouraged to be proactive in the market. Similarly, it is important to obtain advice from expert local counsel. Ongoing searches and monitoring of applications and registered rights should be employed in addition to the evidence-gathering capabilities of local investigators. Details on the local market can then be combined with information from the country in which the counterfeits originate.

Most importantly, the strategy should involve the rights holders adopting a proactive approach towards Customs, the police and the Prosecutor’s Office. To this end, training and workshops with representatives of these authorities, and involvement in public anti-counterfeiting programmes, have proved effective means of promoting awareness and increasing skills in addressing counterfeiting activities.

Finally, any strategy should include: 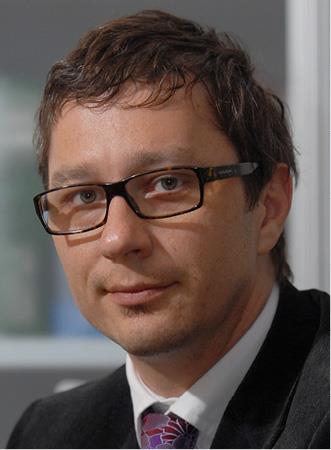 Dragos M Vilau is a founder of VILAU | ASSOCIATES and coordinates the IP department, which includes the trademarks, patents, copyright, designs, domain names and data protection practice groups. He is a member of the Bucharest Bar Association, the International Trademark Association, the European Communities Trademark Association and the Pharmaceuticals Trademark Group, and an honorary member of the Centre for International Legal Studies. Over the past 18 years his practice has focused on corporate and commercial, intellectual property, information technology and unfair competition. He has been involved in numerous cases before the Romanian courts and has authored various articles on IP issues.