Illegal trade is a global problem that has many serious financial and social effects, including economic loss, harm to consumer health and public safety and costs for governments. Such activities require careful planning and involve a complex supply chain, from production to storage, transport and distribution to the final consumer.

Illegal trade is a global problem that has many serious financial and social effects, including economic loss, harm to consumer health and public safety and costs for governments. Such activities require careful planning and involve a complex supply chain, from production to storage, transport and distribution to the final consumer.

The involvement of organised crime groups in counterfeiting is a major cause for concern. Investigations and criminal proceedings have established a direct and unequivocal link between counterfeiting and the activities of organised crime groups. Some criminal organisations may be involved in specific aspects of the supply chain; others may take advantage of their presence in and knowledge of certain regions to illegally traffic a range of products; while others may deal in a single product. What such groups have in common is the flexibility and capability to adapt quickly to market changes and opportunities.

An understanding of the complexities of this criminal activity is necessary in order to inform prosecutorial strategies. Prosecutions under trademark legislation rarely help law enforcement agencies to identify and disrupt organised crime groups involved in illegal trade. However, organised crime legislation is rarely invoked in criminal proceedings involving IP-related offences. This is due to various factors, including:

While these obstacles cannot be overlooked, there is also a cultural reluctance to tackle counterfeiting offences through legislation traditionally associated with ‘tough’ investigations into terrorism and drug-trafficking.

However, in the right circumstances, invoking organised crime legislation to tackle counterfeiting may be advantageous, for several reasons:

The different elements of organised crime offences can be difficult for prosecutors to prove. These generally include the following:

For example, proving that a group is a criminal organisation – particularly where the group is involved in the manufacture and distribution of counterfeit products – is complicated. This is because national legislation is often vague in defining an ‘organised crime group’ (eg, its boundaries, membership, structure and leadership). Judges and prosecutors in many jurisdictions still hold to the traditional notion of mafia-type structures and hierarchies forming the basis of an organised crime group. However, international research confirms that modern criminal organisations are often small, loosely structured, informal, unsophisticated networks. These networks interact to ensure the progress of the product through the supply chain to final consumers. They collaborate to their mutual benefit and can easily engage the services of other groups as and when required. An understanding of the nature of organised crime groups will assist prosecutors in proving certain elements of a charge and enhance trial outcomes.

Common law countries have the benefit of conspiracy charges, which sometimes provide a fallback when substantive offences prove difficult to establish. In fact, conspiracy charges tend to be brought more often than organised crime charges, as they are easier to prove. Generally, the following elements of a conspiracy offence must be proved:

A major advantage of conspiracy charges is that accused persons are often unfamiliar with conspiracy laws, and so think that they cannot be convicted for crimes that have not yet been committed or which they did not commit themselves. Conspiracy charges are also available to prosecute those directing and benefiting from criminal activity. They work best when telephone intercept evidence is admissible (eg, for those who use intermediaries) and when prosecuting persons who are not core members of the group (eg, brokers or facilitators who arrange meetings). Such offences do not require proof of either an overt act or the existence of a criminal organisation.

An important advantage of addressing counterfeiting from the organised crime angle is the possibility of using the global cooperation mechanisms introduced by the United Nations Convention against Transnational Organised Crime (UNTOC). As of March 27 2015, this international instrument had been ratified by 185 states.The UNTOC’s vague definitions of key concepts – which have often been criticised as a shortcoming – may in fact turn out to be one of its most valuable assets. In particular, the following issues should be considered:

With regard to states’ implementation of Article 5 of the UNTOC, two issues deserve attention:

When tackling counterfeiting, the difficulty of applying organised crime legislation and the importance of invoking criminal procedure codes – the most powerful legal tools that countries have – in a manner that is respectful of fundamental human rights should be borne in mind. At the same time, it is essential to improve knowledge of the UNTOC among judges, prosecutors and those investigating IP-related crimes. It is hoped that, over time, organised crime charges will be more readily considered by police and prosecutors when seeking to disrupt extensive counterfeit operations. 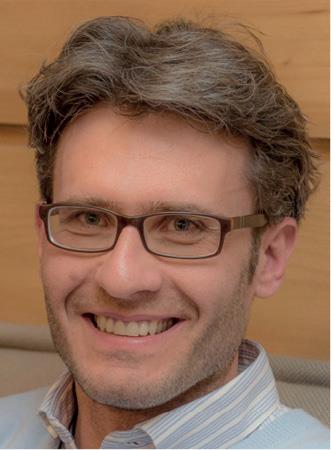 Stefano Betti is senior counsel at the Office of Legal Affairs, INTERPOL. He coordinates the legal activities in the area of illicit trade and counterfeiting. Before joining INTERPOL, he worked for the United Nations Office on Drugs and Crime, providing legal advisory services to governments on counter-terrorism, the prevention of organised crime and anti-corruption. Previously, he collaborated with the United Nations Interregional Crime and Justice Research Institute and the European Parliament on different projects relating to crime prevention and criminal justice.

Mr Betti has a law degree from the University of Milan, Italy, with specialisation in international criminal law, and a master’s from the London School of Economics, United Kingdom. 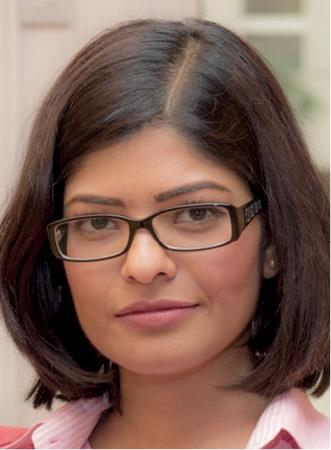 Rosella Mangion is a legal officer at the Office of Legal Affairs, INTERPOL, working in the area of illicit trade and counterfeiting. Before joining INTERPOL, Ms Mangion was a solicitor for the New South Wales Office of the Director of Public Prosecutions (ODPP), Australia, responsible for prosecuting serious criminal offences for New South Wales and appearing for the crown at trial, sentence and appeal proceedings. This experience provided her with practical, first-hand knowledge of legal frameworks, court process and procedure, policy and politics, and the challenges facing prosecutors. Prior to the ODPP, she worked as an in-house solicitor for the Australian Department of Finance.

Ms Mangion has a BA, an LLB and an honours degree in Latin, all from the University of Sydney, Australia.