The legal framework for the protection and enforcement of IP rights in Norway consists of several laws, including: the Trademarks Act; the Patents Act; the Designs Act; the Act on Company Names; the Copyright Act; the Act on Plant Breeders’ Rights; the Act on the Protection of Layout Designs for Integrated Circuits; and the Customs Act.

The legal framework for the protection and enforcement of IP rights in Norway consists of several laws, including:

These acts also set out provisions relating to the infringement of protected rights.

In addition, the following acts contain certain provisions on the infringement of IP rights:

It shall be prohibited in the course of trade to use copies of distinguishing marks, products, catalogues, advertising materials or other produced items in such a manner and under such circumstances that the use must be considered an unfair exploitation of the efforts or results of others, and to present a risk of confusion.

It shall be prohibited in the course of trade to use an incorrect or otherwise misleading representation which is likely to influence the demand for, or supply of, goods, services or other products. In this chapter, ‘representation’ shall mean any form of announcement or statement made orally, in writing or otherwise, thus including descriptions, pictures, demonstrations, the form, size or type of packaging, etc.

No act shall be performed in the course of trade which conflicts with good business practice among traders.

These provisions are often invoked by rights holders in combination with the applicable laws (eg, the Trademarks Act). However, they also apply to intellectual property which is not necessarily protected through trademark, design or patent registrations, and thus represent an independent legal basis for pursuing counterfeit products.

Norway is a signatory to several international IP rights protection agreements, including:

Norwegian IP rights legislation is largely harmonised with the corresponding legislation in other European countries. However, Norway is not an EU member state and thus is not part of the Community trademark and Community design systems.

Further, with regard to customs surveillance and border control, Norwegian legislation (through the Customs Act) differs somewhat from that of the European Union. However, the legal framework and procedures are being reviewed, with the aims of simplification and harmonisation with EU customs procedures. In particular, where small consignments are involved, Customs is working to establish an arrangement that assumes consent to destroy suspect counterfeit goods if no response is received to a request for consent in this regard.

Section 15 of the Customs Act reads:

(1) The customs authorities may, notwithstanding confidentiality, notify the rights holder if there exists a reasoned suspicion that the import or export of goods subject to customs treatment will constitute an infringement of an intellectual property right as mentioned in The Dispute Act Section 28 a-1 third subsection, first sentence. In addition to the grounds for suspicion, the notification shall, to the degree such information is known, include information about the sender and receiver’s name and address, the origin and character of the goods, and the number of detained goods. The authorities can detain the goods in up to ten working days counting from the date on which the notification was issued.

(2) The consignee, or his representative, shall be notified when the customs authorities notify the rights holder or detain goods pursuant to subsection (1).

This provision authorises Customs to detain goods that appear to be counterfeit or to violate the Marketing Control Act for 10 working days.

Customs is not obliged to act pursuant to the above provision. However, rights holders have two options through which to prevent the import and export of infringing goods.

First, rights holders can file a customs notice application requesting Customs to detain goods suspected of infringing IP rights. Customs has provided a standard form for this purpose, which enables it to identify such goods easily. Customs notices remain in force for 12 months and can be extended for successive 12-month periods.

Alternatively, rights holders may file for a preliminary injunction, valid for 12 months, through which Customs is instructed to detain goods that bear an identified trademark or design and have been imported by a party that is not an official distributor.

Over the years, this has proved to be an effective system against the import of counterfeit and infringing goods. Unlike the voluntary system, a preliminary injunction obliges Customs to detain suspect counterfeit or infringing goods. Hence, this system is considered a more reliable alternative for rights holders. In order to obtain a preliminary injunction, the rights holder must convince the court (through written proceedings) that there is a pertinent risk that counterfeit goods bearing the subject trademark or design, or goods infringing the rights holder’s rights in accordance with the Marketing Control Act, may be imported into Norway. Documentation of previous cases in the Norwegian or other markets may support such view and risk.

Interim injunctions are valid for 12 months and may be renewed on request, provided that the court finds that the conditions for the injunction are still fulfilled.

Intentional infringement of IP rights in the course of trade constitutes a criminal offence.

Violation of the Trademarks Act, the Patents Act, the Designs Act, the Copyright Act and the Marketing Control Act may result in fines and/or imprisonment of up to 12 months. Under certain aggravating circumstances, the penalty may be up to three years’ imprisonment.

Infringement of IP rights is subject to public prosecution only at the request of the complainant, unless the public interest requires action in the absence of a request by the complainant.

In practice, criminal prosecutions are rare and most offenders in IP right cases are tried before the civil courts if the matter is not settled amicably.

Domestic legislation and the court system provide rights holders with several measures for enforcing their IP rights, the most common being:

As a fundamental prerequisite, a request for an interim injunction requires that the matter be considered urgent. Therefore, the rights holder must request the injunction shortly (or without undue delay) after becoming aware of the infringing acts.

The court will usually rule in the rights holder’s favour if it finds that the rights holder has demonstrated probable cause for infringement, and that it is reasonable to assume that a continued act of infringement will diminish the value of the subject intellectual property.

An interim injunction will be valid only until a judgment has been rendered in full proceedings.

The rights holder may choose full proceedings with or without a prior interim injunction.

During a full trial, the rights holder will usually seek an order for a permanent injunction, destruction of infringing goods, payment of damages and reimbursement of its legal costs.

Recent changes in the legal framework have included provisions for the court to lay down prohibitions against future infringements.

The purpose of judicial mediation is to reach a settlement that is acceptable to both parties. The judicial mediator – frequently a judge or a lawyer – assists the parties in reaching an agreement. The judicial mediator attempts to obtain a view of the parties’ interests and must try to establish a basis for dialogue that promotes understanding and agreement between the parties. For many rights holders, it is important that the hearing is conducted in camera, so as to be shielded from the attentions of the media or third parties when the matter is discussed.

Judicial mediation succeeds in 70% to 80% of cases. If the disputing parties are unable to reach agreement, the case is referred to another judge for further handling. As the judicial mediator is bound by confidentiality, the judge taking over the case will not know the details of the mediation. Even if a case is not resolved through judicial mediation, the mediation is likely to facilitate the subsequent processing of the case.

Committee for the Control of Unfair Competition

As regards violations of the Marketing Control Act and its provisions on good business practice and prohibition against copying the marks and products of others, another effective, quick and cost-efficient alternative to interim injunctions and full proceedings is a voluntary dispute resolution process. The Committee for the Control of Unfair Competition rules in disputes between entities on whether a given form of marketing violates the Marketing Control Act. Usually, the losing party complies with the committee’s decision.

As is the case in so many other countries, the Internet plays a key role in IP rights infringement in Norway and counterfeiting is increasingly carried out online. Rights holders must adopt new multi-jurisdictional strategies to eliminate the source, and the importers and distributors operating online.

One major challenge that rights holders face with the Internet is identifying offenders and where their place of business is situated. As soon as the offender is identified, the rights holder must determine the appropriate jurisdiction in which to initiate legal proceedings.

Several online auction sites and other e-commerce sites have policies for dealing with IP infringement (eg, programmes for removing infringing or unlicensed content or items). Rights holders may notify the website owner of infringing items and ask it to remove them.

As Norway is not an EU member state, Norwegian rights holders cannot use the recently implemented Office for Harmonisation in the Internal Market enforcement database.

An IP rights strategy should also include principles on how to deal with infringement matters. The following actions and activities should be considered: 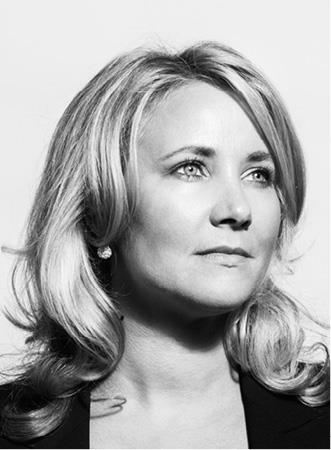 Trine Greaker Herzog graduated with a law degree from the University of Oslo, with IP specialisation from the University of Copenhagen. She has extensive experience in all aspects of IP rights prosecution and enforcement, including general trademark counselling, filing and prosecution, oppositions, domain name issues and infringement matters. Further, Ms Greaker Herzog has extensive experience in anti-counterfeiting and customs matters. Her clients range from small Norwegian businesses to large Norwegian and international corporations within several industries. 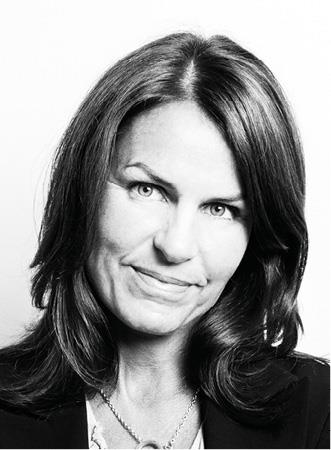 Cecilie Berglund graduated with a law degree from the University of Oslo in 1993 and joined Bryn Aarflot AS in 2008 from a major international law firm. She has extensive experience in business law, with a specialisation in IP law. Ms Berglund provides legal services relating to all aspects of Norwegian trademark law and practice, including advice on strategies for protection and enforcement of IP rights, drafting of various agreements (eg, licensing agreements, franchise agreements, distributor agreements) and IP due diligence.