The following legislation governs counterfeiting in Mexico: the Industrial Property Law; the Federal Criminal Code; the Copyright Law; and the Customs Law. Depending on the matter involved, these laws – alone or in combination – provide rights holders with the necessary tools to take legal action against counterfeiting and seize illegal merchandise, obtain preliminary injunctions and seek appropriate remedies against infringement.

Customs officers at Mexico’s 49 customs offices inspect the contents of containers with Mexico as their final destination in order to detect counterfeit merchandise.

Because the authorities cannot commence proceedings against counterfeit goods, rights holders must file the corresponding legal actions in order to obtain the seizure of illegal goods.

For this reason, in 2011 the Official Database for Mexican Trademark Registrations of Mexican Customs was created. The purpose of this database is to allow Mexican rights holders to ask Customs to record information about their registered trademarks in Mexico, so that the administrative authorities can identify counterfeit goods being imported into the country in violation of such registered trademarks.

If Customs detects a container of counterfeit goods, it will contact the rights holder or its agent so that it can file the pertinent legal action for the counterfeit goods to be seized by the competent authorities.

Even though the recordal of information about a particular trademark in the database is optional for rights holders, and the request process commenced operations in January 2012, it has already proved a useful tool for fighting counterfeiting in Mexico.

Since such recordal does not require renewal, it will remain in force while the trademark registration is valid. However, the rights holder or its Mexican agent or representative must update the information recorded about the trademark (eg, licensees and authorised importers), so that Customs can access the correct information immediately and detect counterfeiter goods.

In addition, in 2014 training for officers of the different customs offices continued throughout Mexico. This allowed rights holders and their representatives to educate officers about the issues that should be considered when determining whether merchandise is genuine, as well as information about importers, materials, distributors and countries of origin of counterfeits. Such training allows officers to identify counterfeit merchandise more easily; therefore, it is likely that it will be repeated during 2015.

Customs cannot take action against counterfeit goods unless the rights holder has initiated a corresponding legal action so that the competent authorities can order the seizure of the goods. Therefore, Customs must be swift in contacting the rights holder or its Mexican agent or representative, since it has limited time to detain the merchandise if a legal action is not initiated.

The Industrial Property Law and the Federal Criminal Code establish which activities relating to counterfeiting are considered to be crimes. All criminal actions must be initiated before the General Attorney’s Office, which will prosecute and integrate the official file before it is sent to a federal court.

Alongside with the initial brief, or even before the brief is filed, the rights holder can request preliminary measures. In the case of counterfeit goods these might include seizure of the suspect merchandise or a prohibition against their sale or distribution.

As in criminal actions, even if the administrative proceeding takes a long time to be decided, the preliminary injunction imposed at the outset will prevent the infringer from continuing to import or distribute and sell the illegal merchandise.

However, in administrative proceedings the infringer is entitled to file a counter-bond to suspend the effects of the preliminary injunction. The amount of the counter-bond must be double the amount of the original bond filed by the rights holder, plus 40%. This can be paid at any time after the preliminary injunction has been implemented, and means that the seized goods will be released for import, distribution or sale.

If the rights holder does not provide the necessary bond, IMPI can lift the preliminary measures and the goods temporarily seized will be released for import, distribution or sale.

In the case of administrative proceedings, the preliminary injunction can be suspended if the infringer files a counter-bond; but this counter-bond is intended to cover possible damage to the rights holder that may be caused by this suspension.

This type of administrative proceeding takes at least three years to be finally decided. Once the administrative decision has been issued, a civil action can then be initiated to seek damages from the infringer for violation of the IP right.

The applicable legislation expressly states that damages for IP infringement must be at least 40% of the goods’ sale price. This rule should therefore be taken into account by civil judges when they calculate the amount of damages to be awarded for IP rights violations.

As the civil action is prosecuted through a full trial with further instances of appeal, it may take some time for the rights holder to obtain a final decision. However, sufficient tools are available for the recovery of damages.

Rights holders and their representatives should also maintain close communication with Customs, the General Attorney’s Office and other relevant authorities regarding the characteristics of genuine or fake merchandise, and keep them updated of any changes to or new information about their IP portfolios. In addition, the authorities may have doubts regarding the key identification points of the original goods when analysing counterfeit goods; in such cases, rights holders’ representatives can be of assistance. Therefore, participation by rights holders, through their representatives, is highly recommended, as they are best placed to explain key differences between genuine and counterfeit goods and provide samples of both so that the original and counterfeit goods can be distinguished. 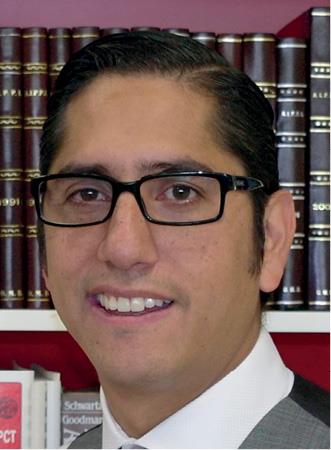 Juan Carlos Amaro is an attorney at law. He obtained postgraduate degrees in constitutional law and IP law at the Universidad Panamericana. He joined Becerril, Coca & Becerril, SC in 2004 and became a partner in 2010. He is an active member of the International Trademark Association, the American Intellectual Property Law Association, the Asociación Mexicana para la Protección de la Propiedad Intelectual, the International Chamber of Commerce Mexico and the Mexican Bar Association. Mr Amaro participates in several forums on IP matters and publishes articles in different media. As legal director of the firm, Mr Amaro focuses his practice on IP and administrative litigation, anti-counterfeiting and constitutional law, and is mainly involved in representing pharmaceutical clients in patent litigation.