Legal and investigative services: time for a closer union?

Anti-counterfeiting is an endless battle. While counterfeiters have all kinds of illegal weapons and methods at their disposal, brand owners must rely on state enforcement authorities and the judicial system. However, there is a widespread belief that official state initiatives are not enough to produce tangible results, unless backed up by private initiatives (ie, anti-counterfeiting professionals such as lawyers and investigators).

Anti-counterfeiting is an endless battle. While counterfeiters have all kinds of illegal weapons and methods at their disposal, brand owners must rely on state enforcement authorities and the judicial system. However, there is a widespread belief that official state initiatives are not enough to produce tangible results, unless backed up by private initiatives (ie, anti-counterfeiting professionals such as lawyers and investigators).

One might expect there to be little overlap between the roles of lawyer and investigator. Legal advocacy operates under a strict regulatory framework, reflecting a prestigious and longstanding tradition in establishing justice and the rule of law. Legal consulting and litigation are at the heart of the provision of legal services; in many jurisdictions, members of the local bar have a limited scope of work, which does not always match up to market realities. In contrast, investigators and private enforcement specialists in general offer a range of services that are not as closely related to the law, but take a much more technical and practical approach to anti-counterfeiting.

However, in recent years the boundaries between the two professions have begun to blur. Public and government awareness has led to the establishment of significant anti-counterfeiting tools, which allow rights holders to take action outside the strict limits of the judicial system. Not only police, but also Customs, financial inspection units and official market inspectors can now deal with counterfeits on site, responding to complaints and obtaining assistance in the field. This by no means excludes or limits the possibility of such actions resulting in litigation and judicial proceedings. Lawyers should not wait on the sidelines until litigation looks likely; ideally, they should be involved from the start in order to help to secure successful out-of-court resolutions or, if this is not possible, to obtain first-hand information and evidence for any eventual litigation.

The two traditional professional roles have often proved insufficient when it comes to brand enforcement. Some of the issues that have arisen are discussed below.

There is no suggestion that investigators should hold a law degree. However, in most cases investigators act on their own initiative, taking action without proper legal guidance. In the operations phase (eg, when organising and conducting a raid on a counterfeiter’s premises), investigators should ensure that all procedures comply with the relevant legal framework; otherwise, there is a risk that the seized counterfeit products will later be released. While it is still possible for cases jeopardised in this way to be won at the criminal proceedings phase, the authors have witnessed inexcusable failures which could have been prevented had proactive legal consultation been available.

By way of example, an investigation was carried out at the premises of a local trader on behalf of a multinational brand owner in the apparel industry. Initial information referred to the premises as being a sizeable warehouse, in which were stored large amounts of counterfeit products. When it came to choosing the competent authority to take charge, the investigators informed the official market inspectors, but not the police. When the market inspectors arrived, they encountered difficulties in gaining access to the premises and eventually sought police help. This resulted in valuable time being lost, during which a warrant could have been issued and crucial evidence preserved. The error in identifying the competent authority to take charge from the beginning proved critical to the case.

Should anyone expect lawyers to have investigative or technical skills? Brand owners should. While the modern lawyer is unlikely to conform to the stereotype of the counsel surrounded by old leather-bound volumes, endlessly citing legal statutes and literature, in fact lawyers do still tend to stay in their offices and wait for evidence to be submitted to them rather than being actively involved in the process of gathering it. As a result, it is not unusual for lawyers to feel that evidence has not been scrutinised properly or even to be unaware of complementary information that would have been gained by cross-referencing sources. Lawyers may sometimes refer cases back to the investigator and brand owner’s technical personnel, especially when additional street-level work is required. At other times lawyers may need to complete the investigation themselves, especially when this comes to collecting complementary information and perfecting evidence.

Further, lack of technical knowledge may jeopardise a case in court. A skilful defence lawyer can manipulate evidence and focus on technical details in order to shift attention away from the defendant’s intent and knowledge of counterfeiting activity. Such deflections often take place at a stage in the proceedings when an expert cannot intervene to provide the court with clarification.

In a case involving counterfeit electronics of a famous brand owner, a lawyer was examining a witness for the defence in the criminal courtroom. The witness – who claimed to be an industry expert – argued that the brand owner had varied its security features on products and that the contested goods were genuine, not counterfeit. This argument was presented for the first time during criminal proceedings and there was not enough time to call in an expert to defend the brand owner’s position. Had the lawyer had technical training, he could probably have mounted an adequate defence to this. Such training would have equipped him with the readiness and flexibility needed to take instant decisions when questioning witnesses and scrutinising new technical data. Unfortunately, all too often momentum is lost when lawyers are challenged with issues that are new to them.

It is not common for legal and investigative service providers to work side by side or even under the same roof. However, we believe that a more holistic approach would help to meet brand owners’ needs as the fight against counterfeiting becomes increasingly complicated.

In jurisdictions where data is not openly available, desk research cannot be carried out effectively without the legal background and privileged access generally reserved for lawyers. However, even where this is the case, lawyers should consider carrying out desk research with investigators, who could help them to evaluate the retrieved data.

Recently, an investigator conducted desk research into the business of a small shop owner. Due to his lack of access to court records, which in this particular jurisdiction was reserved for lawyers, the investigator was excluded from information relating to prior litigation brought against the same party by other brand owners. If he had been aware of this, it would have significantly altered the way that he handled the case, as the information included proof of infringement on a commercial scale which would have improved the case’s prospects and made available enhanced tools for disclosing information with regard to distribution channels. Moreover, in this particular case possible synergies between brand owners, including cost sharing, were lost and the exchange of potentially mutual information was blocked.

Every case starts at street level

Lawyers should stay aware of every aspect of the investigation and obtain detailed feedback on this as necessary. Information should be gathered on contacts, trade techniques and communication methods, even when this involves leaving the office and visiting sites in order to see the bigger picture.

Recently, a lawyer sent a cease and desist letter to a small retail shop on behalf of a brand owner and negotiated a settlement agreement. The infringer’s shop was subsequently searched by investigators. However, having been put on alert by the cease and desist letter, the infringer was more diligent than he might otherwise have been in concealing evidence. In this case, legal action jeopardised the investigation, due to lack of communication between the investigators and the lawyer – a failure which could have been prevented had these professionals established an ongoing information pipeline.

Simple cases aside, investigations should be conducted with a view to subsequent litigation. What to look for, what evidence to collect and what to notice always relates to what is needed to substantiate a case and to counter any arguments that the defendant might make. The lawyer’s involvement is therefore crucial from the outset, as the case will be better substantiated in court when a legal professional coordinates and supervises the collection of evidence and evaluates each step of the investigation and its results. Further, global knowledge of the case can be invaluable – not only with respect to evidence submission, but also with regard to witness examination.

During examination in a counterfeiting case, a witness was describing the premises raided by the police and was asked for further clarification on the compound, the storage facilities and the protective measures taken by the infringer. However, the description he provided was inconsistent with the actual status of the site – this discrepancy could have been picked up and mitigated by a lawyer, but only if the latter had visited the site himself or herself.

A lawyer with full knowledge of criminal procedure can prevent or remedy mistakes made by the enforcement authorities in operations. Warnings of procedural traps and the collection and preservation of evidence are always better issued by an experienced legal practitioner rather than an investigator, as most investigators are ex-police officers and thus share more or less the same knowledge as the police.

The need for the different, yet complementary roles of legal and investigative professionals to coexist in the anti-counterfeiting battle is becoming increasingly evident. Due to the high number of ex officio actions, which often lead to cases being resolved before they reach the courtroom, competition has intensified between legal and investigative professionals, who are eager to take exclusive ownership of cases and often fail to realise that close collaboration could actually prove more fruitful for both sides.

One could argue that the ideal vehicle, involving the optimum combination of weapons and ammunition in the war against counterfeits, would be an IP firm comprised of professionals willing to do more than their rigid job descriptions – lawyers who could collect evidence on site and issue decisive opinions in drafting investigation reports, together with investigators who would review written submissions and offer insights and additional information in evidence evaluation.

Such a powerhouse of combined anti-counterfeiting knowledge and experience could make a real difference in the battle against counterfeiters. 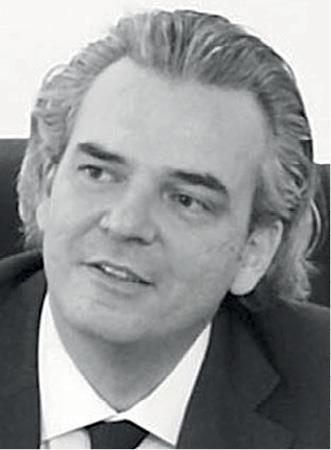 Panagiotis Drakopoulos is the founder and senior partner of Drakopoulos Law Firm, a regional firm with fully fledged IP practices in Greece, Romania and Albania. He has over 20 years’ experience in prosecution and contentious work regarding various IP rights. Mr Drakopoulos represents foreign and domestic clients in a variety of IP matters and is regularly involved in large-scale cross-border deals involving IP rights. 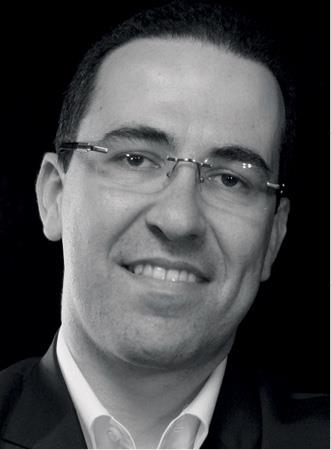 Michalis Kosmopoulos is a partner in Drakopoulos Law Firm, Greece. He is a distinguished IP expert, well known in the global legal community. Having dealt with a vast array of IP matters over the years, Mr Kosmopoulos has gained valuable experience in serving domestic and international groups, at both national and cross-border level.

He is also a contributor to various prestigious IP publications.