India has taken broad steps to tackle counterfeiting and piracy, enacting comprehensive laws to protect and enforce IP rights. However, despite these efforts, rates of counterfeiting remain high, affecting foreign investment, rights holders’ profits and consumer trust. There are many reasons for the high counterfeiting rates, including poor political will and ineffective enforcement.

India has taken broad steps to tackle counterfeiting and piracy, enacting comprehensive laws to protect and enforce IP rights. However, despite these efforts, rates of counterfeiting remain high, affecting foreign investment, rights holders’ profits and consumer trust. There are many reasons for the high counterfeiting rates, including poor political will and ineffective enforcement.

The Trademarks Act provides for the registration of trademarks by both Indian and foreign nationals. It expressly provides statutory civil and criminal remedies against the infringement of a registered trademark. Further, the act also recognises the right of an unregistered trademark holder to take action for passing off, even against a registered trademark, provided that it is a prior user. Unconventional marks such as three-dimensional (3D) marks and sound marks are also protected by the act.

The term of protection is 10 years from the date of application, renewable for further 10-year periods.

According to the Copyright Act, copyright subsists in literary, dramatic, musical and artistic works, computer programs, cinematographic films and sound recordings. Registration is not compulsory for the purpose of enforcing copyright, although registration provides ex facie evidence of the particulars incorporated in the certificate. The act provides statutory civil and criminal remedies against copyright infringement. Even possessing plates for making infringing copies is a punishable offence under the act.

The 2005 Patents Act complies with Article 27 of the World Intellectual Property Organisation’s Agreement on Trade-Related Aspects of Intellectual Property, which deals with patentable subject matter in member countries. Under the act, a patent shall be available for any invention – whether a product or process – in any field of technology, provided that it satisfies the three-pronged test of novelty, non-obviousness and industrial applicability.

Unless authorised by the rights holder, the following constitute infringement under the act:

A patentee can sue for patent infringement and seek an injunction, damages or an account of profits. The court can also order the seizure, forfeiture or destruction of materials and equipment used to create the infringing goods and the closure of the manufacturing premises. Relief available to the rights holder is primarily of a civil nature. Criminal liability arises for actions such as wrongfully representing an article to be patented or breaching secrecy requirements under the act.

The Designs Act provides that the subject matter of a design can include shapes, configurations, patterns, ornaments or compositions of lines or colours applied to any article in 2D or 3D form, or both, by any industrial process. Protection is accorded only to those features in the finished article that appeal to or are judged solely by the eye.

The term of protection is for a total of 15 years: the initial 10 years may be extended by a single five-year period.

Remedies are of a civil nature only and no criminal liability is prescribed under the act.

The Geographical Indications Act protects distinctive signs or names that identify products that are typical to and located in a specified geographical area. Protection is not granted to a single entity or enterprise, but rather to all undertakings located in the specified area, which can use the geographical indication on specified goods that they produce. The act provides for both civil and criminal remedies.

The Penal Code also sets out punishments for cheating, counterfeiting and possessing instruments for making counterfeits, among others. Its provisions can be invoked in criminal actions, in addition to its special statutes.

Information Technology Act 2000: The Information Technology Act seeks to curb infringing activities conducted through the use of computer systems and technology. The act’s provisions are extremely stringent and give the complainant both civil and criminal rights. In criminal cases the offences are cognisable in nature and investigated by specialised IT and cybercrime cells. Civil remedies carry penalties of up to $170,000.

Offences punishable under the act include:

Various measures are being taken by the Indian government with a view to combating online counterfeiting, especially by setting up cybercrime cells to investigate and prosecute offenders.

The import of infringing goods is prohibited under the Customs Act 1962. In 2007 the government introduced the Intellectual Property Rights (Imported Goods) Enforcement Rules, with a view to strengthening the statutory and executive guidelines for IP protection at the borders.

The customs rules do not prohibit the import of parallel-imported/grey-market goods per se. However, where such goods are undervalued far below their official prices by the importer, the revenue wing of Customs can suspend the goods for duty evasion and then revalue them and impose the correct duty.

Criminal remedies are provided under the Trademarks Act, the Copyright Act, the Geographical Indications Act and the Information Technology Act. Under these laws, offences are cognisable in nature, which means that the police can search and seize without a court warrant. Offences are punishable by imprisonment, a fine or both.

The Trademarks Act and the Copyright Act provide for increased penalties in terms of imprisonment and fines on the second or subsequent commission of the offence.

Rights holders are increasingly taking criminal enforcement actions, especially to target large-scale manufacturers or where infringers continue with their acts despite action.

Effective criminal enforcement requires ongoing liaison with the police both before and after filing the action. Rights holders need to be proactive and to approach the courts promptly in order to direct the police to take immediate action.

Criminal trials are lengthy and time consuming. As a result, the courts have adopted the practice of plea bargaining, whereby the offender accepts his or her guilt and the court convicts him or her by imposing heavy costs payable to the rights holder, but with no imprisonment. Most rights holders have embraced this procedure, as it facilitates early disposal of the cases with favourable orders.

All of the IP statutes provide for civil remedies to the rights holder, which can file suit seeking an injunction and damages, among others. Indian courts are well versed in the IP laws and grant ex parte injunctions, especially in counterfeiting cases. In civil actions the courts tend to be pro-rights holder, provided that the rights in question are legal, valid and subsisting.

Additionally, the court can order infringers to render their accounts, pay damages and costs to the rights holder and deliver up all infringing material in their possession.

The Internet is a borderless parallel world which allows people to operate easily under the veil of anonymity. Consequently, combating online infringement is a strategic process requiring well-thought-out plans. As a result of the e-commerce boom in India, it is easy to find online shops selling counterfeit goods at high prices, albeit with heavy discounts. E-businesses are relatively easy to start, which helps illegal operators to flourish. Most such enterprises do not put the manufacturer or importer’s name on the products, making it easy to deny having sold them. Crucially, these businesses operate as foreign incorporated companies which do not name individuals, making enforcement even more challenging.

A sophisticated investigation strategy is an important factor in tackling online infringements. Investigation requires online surveillance using technological tools, as well as personal visits and physical analysis of the products.

Online businesses involve a chain of stakeholders and rights holders need to identify the most effective targets along the chain, including importers, website owners, domain hosts, internet service providers (ISPs) and payment gateways.

In the case of copyright, the law provides for notice and takedown measures, giving the intermediary a timeframe in which to respond to the takedown request. The intermediary can be sued if it fails to observe this timeframe.

Indian courts have also been proactive in granting John Doe orders against ISPs and web hosts in order to block access to websites that provide downloads of pirated films before the official release date.

Effective investigation strategies are important for identifying the entities involved in selling counterfeit goods. Further, it is essential to determine the volume and nature of the infringement in order to decide on the best course of action – from sending a cease and desist letter to taking criminal or civil action.

It is vital that rights holders decide on the kind(s) of enforcement action to be taken against the infringer in consultation with local counsel, depending on the desired results. The key factors to consider include:

Rights holders should also analyse the facts to differentiate between actions, depending on the desired results – whether to recover damages, create a good market impression or effect large volumes of seizures.

Effective use of anti-counterfeiting technology

The use of preventative technology – such as radio frequency identification systems, microscopic tags, bar coding, licence databases, unique country codes or holograms and seals of authenticity – can halt the proliferation of counterfeit and pirated products. The drug controller general of India has proposed an amendment to the Drugs and Cosmetics Act mandating that every drug manufactured in the country have a unique identifier code and 2D bar code on the packaging, whereby authenticity can be verified by text message.

Most rights holders engage distributors, original equipment manufacturers, licensees and other third parties in their supply chain. Therefore, strict non-disclosure and confidentiality agreements must be in place that clearly spell out the scope of use of the rights holder’s intellectual property by third parties. Further, periodic internal checks and surveillance – especially online – should be conducted to ensure compliance with these agreements.

The government is becoming increasingly proactive in preventing counterfeiting. Rights holders can conduct training and awareness programmes for various government officials, such as the police and Customs, to help them understand the rights and nuances of such actions. Further, the courts’ readiness to issue directions to government agencies involved in enforcement has made them more vigilant and active about entertaining complaints from rights holders and taking swift and decisive action. Digitisation of government departments and their increasing familiarity with technology help in analysing data to identify infringers.

India is a member of major international groups and bodies such as the Financial Action Task Force, the Asia Pacific Group, the Eurasian Group and INTERPOL. India’s Central Bureau of Investigation has included intellectual property as one of the modules in its conference and INTERPOL has been co-hosting training seminars on fighting illicit international trade which have received active support from trade bodies and industry representatives. 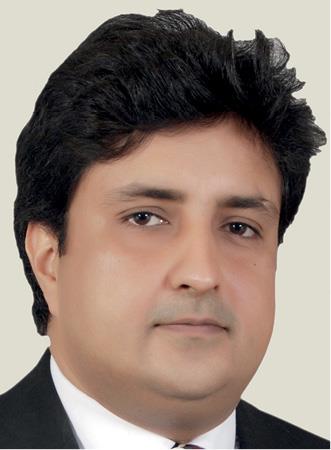 Saif Khan is a partner with Anand and Anand in the litigation department, where he heads the enforcement team. Previously he worked for British Petroleum (on the rolls of Castrol India Ltd) for nearly two years as manager of legal trademark operations. Mr Khan has also practised as litigation counsel for four years and has extensive experience of conducting enforcement actions, customs and border recordals, and anti-piracy and anti-counterfeiting actions (criminal and civil). He has experience of working, coordinating and liaising with law enforcement agencies to ensure focused solutions for IP infringement. Mr Khan regularly appears in contentious matters before various courts throughout India. 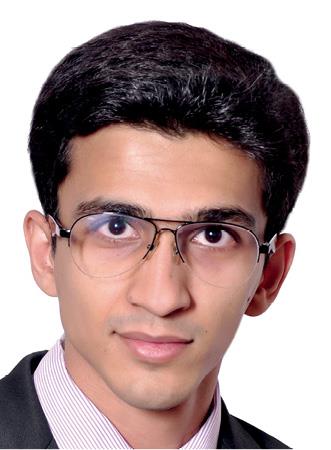 Shobhit Agrawal is an associate in the Anand and Anand litigation team. He completed his BSc and LLB (hons) from Gujarat National Law University and enrolled as an advocate in 2010. Since then, he has worked extensively for clients towards protection and enforcement of their IP rights, including brand protection, software piracy and other anti-counterfeiting measures. Mr Agrawal regularly represents clients in contentious matters before various courts in India and has wide experience in conducting civil and criminal enforcement actions.