As a single market composed of 28 member states with 500 million consumers, the European Union is a highly attractive business market – and a prime target for counterfeiters. The recently revised EU Customs Regulation is the most cost-efficient and strongest tool to fight counterfeiting, given the investigative powers of customs authorities throughout the European Union.

As a single market composed of 28 member states with 500 million consumers, the European Union is a highly attractive business market – and a prime target for counterfeiters. The recently revised EU Customs Regulation is the most cost-efficient and strongest tool to fight counterfeiting, given the investigative powers of customs authorities throughout the European Union.

Extent of the counterfeiting problem

In 2013 European customs authorities detained more than 35 million infringing goods, with an overall retail value of nearly €800 million. Clothing and medicines/health products, as well as cigarettes and toys, were the most commonly detained goods; while watches and glasses topped the list with regard to value. Particularly alarming is the increased number of detained goods posing a potential danger to the health and safety of consumers, such as medicines (an increase of 418%), spare parts for vehicles (an increase of 86%) and foodstuffs (an increase of 90%). The vast majority of goods (almost 95%) were detained on the basis of suspected trademark infringement, followed by design rights infringement (almost 3% – specifically, for toys, shoes and medicines).

Counterfeit goods arriving in the European Union via post accounted for 64% of all EU-wide detentions in 2013. Such detentions have increased by 300% since 2009. In terms of the number of articles seized in postal traffic, medicines topped the list (20%). The leading country of provenance of detained counterfeit goods was still China (66%), followed by Hong Kong (13%), Turkey (4%) and the United Arab Emirates (2.5%).

Most national IP laws have been harmonised to a large extent, and there are also unitary rights at an EU level that exist in parallel to the respective national instruments (eg, the Community trademark and the Community design). Measures based on criminal law are subject to the domestic law of each member state.

As regards the enforcement of IP rights, the national procedural law of each member state still prevails. However, important progress towards harmonisation was made by the EU IP Rights Enforcement Directive (2004/48/EC), which introduced mandatory minimum standards regarding, for example, provisional measures, preservation of evidence, calculation of damages, information disclosure and recall.

EU border measures against counterfeit products are mainly harmonised in the form of the EU Customs Regulation, leaving only some facets of customs practice to the discretion of the national legislatures. The regulation sets out procedural rules for customs authorities, but explicitly includes no criteria for ascertaining the existence of infringement.

After 10 years of fighting counterfeiting in the European Union on the basis of the EU Customs Regulation (1383/2003), the EU legislature decided to put customs enforcement of IP rights on a new legal footing. Despite an overall success story, it recognised that certain improvements to the legal framework were necessary to strengthen the enforcement of IP rights by Customs and to increase legal certainty in light of economic, commercial and legal developments.

The new Customs Regulation (608/2013) came into force on January 1 2014. In a careful and evolutionary approach, the new regime aims to:

In order to strengthen the enforcement of IP rights, customs intervention has been extended to other types of infringement. The regulation now also covers trade names, utility models, plant varieties, topographies of semiconductor products and circumvention devices.

The definition of ‘counterfeit products’ has also been extended to include packaging, labels, stickers and brochures as such (even where presented separately from trademark-protected goods). On the other hand, contrary to the initial draft proposal, the new Customs Regulations now explicitly excludes from its scope parallel imports and overruns, as they have been manufactured as genuine goods. Moreover, the scope of the regulation continues to exclude goods carried by passengers in their personal luggage, provided that these are for their own personal use. The new regulation no longer refers to the ‘duty-free allowance’ (a value of up to €300 per person for land travellers and €430 for air and sea travellers). This indicates that a quantity below this threshold might still be considered to have a commercial character, leading to the applicability of the regulation.

In order to cope with the dramatic rise in postal shipments of counterfeits as a result of internet sales and reduce the administrative burden and costs, a new specific procedure for small consignments of counterfeit and pirated goods has been introduced. ‘Postal or express courier consignments’ are defined as those which either contain three items or fewer or have a gross weight of less than 2 kilograms. Such goods may be destroyed without the explicit agreement of the applicant, provided that it has made a general request in the application for customs action for that procedure to be applied. Customs will notify the declarant or holder of the goods of its intention to destroy the goods without the rights holder’s consent or involvement. Some national customs authorities – despite the binding EU law – apparently continue to request explicit consent for destruction of small consignments from the importer.

Whether to opt for the small consignment procedure is a strategic decision for the rights holder. One disadvantage is that the rights holder receives no information about the importer; nor does it receive samples or photos of the goods in question. Upon request, it will simply obtain information about the actual or estimated quantity of destroyed goods and their nature on a regular basis (eg, monthly in Germany). Budget considerations might be a further downside, as the number of detentions under the new procedure and their standard cost (eg, €15 for each case in Germany) are unpredictable. On the other hand, the special procedure ensures that small counterfeit shipments are destroyed solely on the initiative of Customs, with minimum input and at a reasonable cost for the rights holder.

The EU rules coexist with member states’ national provisions on customs intervention, which are usually contained in the relevant national substantive IP law offering subsidiary protection in relation to parallel or grey imports and intra-EU trade.

The application must contain information on the IP rights to be enforced, as well as listing the technical and administrative contact person(s). The essential mandatory information comprises specific data on the genuine goods as well as on potential counterfeits, such as the identities of previously known counterfeiters, pictures of genuine and counterfeit goods, typical packaging, accompanying papers, style guides, usual shipping routes and licensees. The applicant must also assume liability for all costs resulting from the detention (eg, storage, destruction), and in case the alleged infringement proves to be unfounded. The applicant must make an explicit undertaking to forward and update any information that is relevant to Customs’ risk analysis; if it fails to do so – or otherwise to comply with its obligations under the regulation – Customs might impose proportionate and dissuasive penalties, including suspension of the decision granting the application.

From a practical point of view, and for an effective risk analysis, this data should be continually updated and sufficiently detailed to allow for the quick identification of suspicious consignments by customs officers, while avoiding information overload. It should also be presented as simply as possible – mainly in the form of photos, with limited written explanations – particularly because the applicant is obliged to pay the costs of any translation requested by national customs authorities.

The application for customs action is free of charge and can be renewed annually.

National customs authorities will detain goods that are suspected of infringing an IP right as noted in a granted border seizure application and will notify the rights holder accordingly, which must confirm the likeliness of infringement. Customs will suspend the release of suspicious goods if they have not yet been placed under a customs procedure. If Customs acts ex officio, it will identify and inform the rights holder, which must submit a national application for customs action within three working days in order for Customs to uphold the detention.

German Customs – pragmatically, and to the benefit of rights holders – sends pictures of the detained goods by email, whereas other member states allow only onsite inspections of the goods.

If the rights holder confirms the infringement (“in his conviction”) in writing to Customs and agrees to destruction within 10 working days of notification, and the declarant or holder does not explicitly object to the destruction (implied consent), Customs will destroy the goods. Under the new regulation, this new compulsory standard procedure allows for the destruction of detained goods without the need for court proceedings.

The rights holder must bear the costs of storage, handling and destruction of the detained products. It may be able to recover those costs from the infringer or even from intermediaries (eg, the freight forwarder). However, this must be done through separate proceedings in accordance with national law.

The new Customs Regulation does not clarify the situation of goods in transit to a market outside the European Union. As a question of substantive law, the concept of ‘transit’ is being examined by the EU legislature, which seems to take a much less restrictive approach than that currently taken by the European Court of Justice (Philips and Nokia, C-446 and 495/09).

However, concern is growing that the EU border seizure regime may be an excessively strong weapon which rights holders might abuse against honest competitors, including for the following reasons:

For others, the new regulation is still too restrictive regarding the exclusion of parallel imports or concerning the imposition of costs for storage and destruction of seized goods on the rights holder. 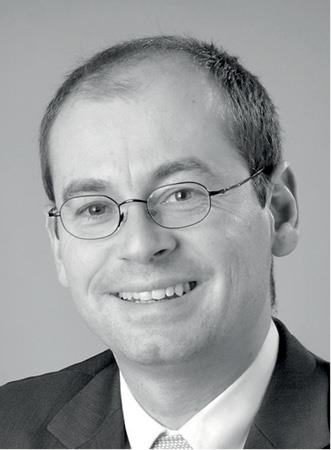 Florian Schwab is a partner with Boehmert & Boehmert. He has practised in the field of IP rights since 1998, focusing on both the prosecution and litigation of trademarks and designs. Mr Schwab has extensive experience in anti-counterfeiting matters and is a member of the Anti-counterfeiting Committee of the European Communities Trademark Association. He obtained his law degree from the University of Munich, his LLM from Durham University and a licence en droit from Tours University. Dr Schwab regularly contributes to law journals, including regular contributions for World Trademark Review, is co-author to commentaries on unfair competition and wrote the anti-counterfeiting chapter in the Manual on Business Criminal Law (Achenbach/Ransiek, 2015). 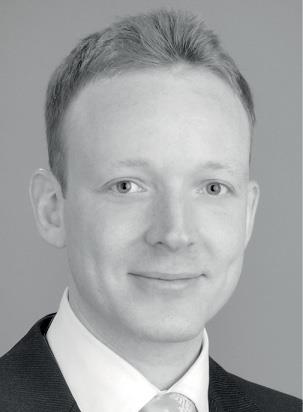 Rudolf Böckenholt has been a partner with Boehmert & Boehmert since 2011 and is based in the Bremen office. He has practised intellectual property since 2005, with an emphasis on contentious matters including anti-counterfeiting, and became a certified IP lawyer in 2008. He obtained his law degree from the University of Munster and his LLM from the universities of Exeter and Dresden. He was awarded his doctorate from the University of Munster for a thesis on the delimitation between trademarks and copyrights. As well as trademark matters, Dr Böckenholt is active in food and pharma matters. He is a regular contributor to German law journals and to treatises and commentaries, including on the Community Trademark Regulation. 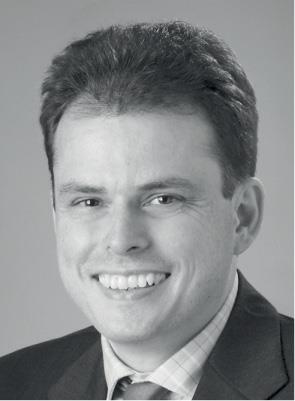 Volker Schmitz-Fohrmann is a partner with Boehmert & Boehmert. He studied law at the University of Munich, the European Institute of the University of Geneva and St John’s College, Oxford. He has practised in the field of IP rights since 1998, advising clients from a wide range of industries in all matters relating to trademark, copyright and design law, frequently litigating in these areas. Dr Schmitz-Fohrmann has always had a strong focus on anti-piracy work. He is co-author of the standard commentary Copyright Law (Fromm/Nordemann, 2014), covering the EU and German customs border regimes.