According to a recent CNN Money article, some companies have estimated that up to 80% of their goods found on internet marketplace Taobao.com are counterfeit. Meanwhile, Australia has announced that it has found counterfeit items in genuine packaging. Every day brings similar news of counterfeiting activity and heightened concerns as such goods may endanger the health and safety of consumers.

According to a recent CNN Money article, some companies have estimated that up to 80% of their goods found on internet marketplace Taobao.com are counterfeit. Meanwhile, Australia has announced that it has found counterfeit items in genuine packaging. Every day brings similar news of counterfeiting activity and heightened concerns as such goods may endanger the health and safety of consumers.

Quantifying counterfeiting is a risky undertaking. Only the tip of the iceberg – the part that has been intercepted – is visible, and we can only extrapolate (not always reliably) the wider trends. However, the numbers nonetheless give some idea of the extent of this global scourge.

Even if it is not easily quantifiable, illicit trade has negative economic, political, health and social impacts on states, companies and consumers. States and companies must decide how best to allocate the scarce resources available for the fight against counterfeiting – a costly enterprise.

There is no shortage of initiatives aimed at raising awareness and rationalising resources. The WCO is a key player in this regard, providing leadership, guidance and support to customs administrations. It aims to improve the effectiveness and efficiency of its 179 members while striking a balance between protecting and promoting global trade. The fight against counterfeiting clearly fits within the scope of its activities.

The WCO aims to:

A core role of the WCO is to facilitate discussions at the global level to raise awareness of the counterfeiting problem among decision makers, inspection agencies, companies and the public, and promote coordination, customs capacity building and the use of tools and new technologies.

Operations are a key element of the WCO IP Rights, Health and Safety Programme. These focus on the application of risk analysis techniques across an entire region, with vast numbers of suspect containers being inspected. The operations planned, organised and coordinated by the WCO involve strong commitment on the part of participating customs administrations, rights holders and other interested stakeholders.

An operation provides an opportunity for a snapshot to be taken, generally over a 10-day period, of the flow of counterfeit products across borders in a specific region and enables relevant information to be gathered, especially in terms of identifying counterfeit products. The principle here is fewer, but more effective controls – it is impossible for a small team of five customs officers to check the millions of containers unloaded each year in a single port.

During the first three days of an operation, WCO experts investigate the modus operandi of counterfeiters – in particular, the routes and ploys used, as well as risk analysis methods and how they have evolved. In contrast, rights holders focus on the distinction between genuine and counterfeit articles. The following seven days are spent at ports or airports verifying the relevance of selecting suspect containers, interacting with frontline customs officers and counting and analysing the ‘positive’ cases.

Given the sophistication of some counterfeit products and their packaging, sometimes only scientific analysis can determine whether a product is genuine and whether it poses a threat to the health or safety of consumers. This means that Customs must be even more vigilant about which goods are crossing borders. To assist members in this respect, the WCO also organises industry-specific, sector-based operations that are largely focused on health and safety, in addition to enhancing customs-business partnerships – both key to combating counterfeiting more effectively.

Conscious of the importance of collaborating with the private sector, the WCO works closely with industry members and associations in order to assess their needs and difficulties when tackling this phenomenon. The WCO regularly invites rights holders to participate in its various anti-counterfeiting activities, such as field operations and regional or national seminars. It has also developed an online tool, the Interface Public-Members (IPM), to provide customs officers with the means to detect counterfeit and pirated products and communicate with rights holders in real time.

The importance of cargo targeting and risk analysis is becoming increasingly evident. To assist its members, the WCO provides customs administrations with the necessary training and equips them with the right tools to improve their cargo targeting techniques and their capacity to assess suspicious shipments. The better Customs becomes at evaluating dangerous or suspicious shipments, the more quickly and efficiently it can clear legitimate trade.

During field operations, the WCO ensures that its IP rights accredited experts and national customs officers work closely with national health authorities. When importing medicines, proper certificates must be attached to import documents to prove that the products meet health regulatory standards. It is part of Customs’ responsibility to check that cargo is accompanied by the necessary documents. If there is any doubt, Customs may contact the relevant authorities (eg, health or drug regulatory agencies) and seek their advice.

Coordination is important and the WCO encourages members to foster cooperative relationships with all relevant authorities. To foster such relationships, the WCO organises meetings between Customs and related health agencies in order to promote dialogue between them, leading to more coordinated border management and more sustained cooperation.

In 2001 the WCO established the Electronic Crime Expert Group (ECEG) to advise on aspects of electronic crime and the use of technology to support investigations as they pertain to WCO members. The ECEG provides a forum for members to discuss the implications of new developments in electronic crime investigations and risk management. It also acts as a platform to explore ways in which members, government and the private sector can promote the responsible development of e-commerce.

The trend towards digital commerce is resulting in a consequent increase in smaller consignments of counterfeit goods. To prevent the flow of counterfeit items through the post, the WCO works closely with the Universal Postal Union (UPU). In 2010 the two organisations signed a memorandum of understanding to raise awareness of this issue and find ways in which postal authorities can support customs enforcement operations. They continue to work together in the fight against counterfeiting and piracy.

Another important undertaking – and one of the biggest initiatives ever carried out targeting online counterfeit and illicit medicines – is Operation Pangea. Organised in partnership with Interpol and Europol, Pangea aims both to raise public awareness of the dangers of buying pharmaceutical products online and to deter criminal organisations and enterprises from operating online.

Pangea targets the three main components that illegal websites use to conduct their trade – internet service providers, payment systems and delivery services. Building on the success of the six previous operations, Pangea VII was conducted in May 2014. Involving 113 countries and 198 agencies, it resulted in the seizure of 9.6 million fake and illicit pharmaceutical items.

As an innovative and modern organisation, the WCO regularly capitalises on the latest advances in technology in order to achieve even greater results. It develops training, communication and enforcement tools including model registrations, guidelines, e-learning and information-sharing tools. In the counterfeiting and piracy arena, IPM and the Customs Enforcement Network (CEN) are just two of the most prominent ones.

IPM is the only global customs anti-counterfeiting tool, currently used by almost half of all WCO members. It has undergone significant updates of late, with version 2.0 being unveiled in 2014. The tool is now available in mobile format, giving frontline customs officers immediate access to its vast database and ensuring a more rapid and secure method of authentication. IPM is systematically used and exploited during WCO operational activities; the first 100% IPM mobile seizure during a WCO operation was reported in Mozambique in the second quarter of 2014. In fact, IPM is the perfect embodiment of the WCO’s achievements in maintaining a proactive approach armed with the best technologies to assist WCO members in their efforts to combat counterfeiting.

The CEN is a database and a website that allows information on customs offences to be shared and disseminated in a timely, reliable and secure manner. Information shared on the CEN is used to identify new fraud trends and techniques. This information also forms the basis of risk analysis. Another CEN tool offered to WCO members is CENcomm, a secure communication platform which allows intelligence to be shared among customs and participating agencies during enforcement operations.

All stakeholders affected by counterfeiting and piracy – whether individual states or those in the private sector – now recognise that they need precise data in order to understand the challenges and take informed decisions. With this in mind, the WCO continues to promote the importance of information sharing, both between customs administrations and between Customs and its business partners.

As part of its commitment to information sharing and to better serve the customs community, the WCO now publishes its annual Illicit Trade Report, helping members and the public to evaluate the current situation. The 2013 report contains five sections, covering drugs, environment, IP rights, health and safety and revenue and security. The report aims to raise awareness of emerging threats, highlights Customs’ efforts in this domain and contributes to the pool of information used to study illegal trade.

The WCO promotes cooperation in both the public and private realms, between intergovernmental organisations and especially between countries. As counterfeiting is a problem which transcends borders, so too must efforts to combat it. In this regard, the WCO has long stressed that “borders divide – customs connects”.

The WCO and its members work with many organisations around the world, including:

Building the enforcement capacities of customs administrations across the globe will remain a top priority for the WCO in the coming years. However, the WCO is mindful of the difficulties encountered by field customs officers in their daily work. Therefore, providing frontline customs officers with quality training and hands-on experience is crucial in enhancing the work of these officers and mounting the best defence against counterfeiting

Facilitating the exchange of information between customs administrations and with other law enforcement agencies is also high on the WCO’s agenda for 2015. Whether in the field during operations or through simple data exchanges, sharing intelligence plays a key part in improving anti-counterfeiting initiatives. The WCO is determined to continue the fight against counterfeiting, as consumers deserve nothing less – particularly when their health and safety could be at risk. 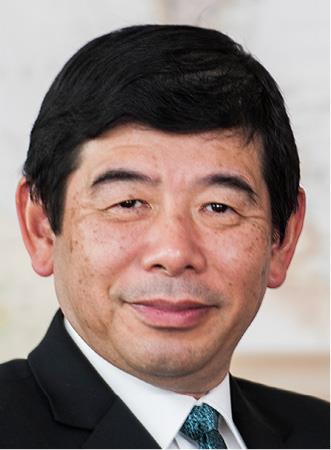