With the worldwide reach of the Internet, counterfeiters are no longer limited to brick-and-mortar locations. Counterfeiters also benefit from anonymity, the ease of online payment systems, the ability to move their operations seamlessly from website to website (or, in the case of online marketplaces, to change their identity) and enhanced methods to attract unwitting consumers, such as search engine optimisation and the use of copyrighted images from legitimate rights holders to advertise counterfeit wares. The global problem of online counterfeiting requires rights holders to adopt a robust online enforcement programme. This programme must necessarily take into account the existing legal framework, which is more fully described below.

The value of internationally traded counterfeit and pirated goods is estimated to reach $960 billion in 2015. The Internet has become a significant channel of trade for counterfeit goods. In fact, the Office of the US Trade Representative has forecast that the online sale of pirated and counterfeit goods will soon surpass the volume of such goods sold by street vendors and in other physical markets. The European Commission has reported that the top six categories of goods seized by EU Customs are the kinds of goods often shipped by post or courier in response to an internet order.

With the worldwide reach of the Internet, counterfeiters are no longer limited to brick-and-mortar locations. Counterfeiters also benefit from anonymity, the ease of online payment systems, the ability to move their operations seamlessly from website to website (or, in the case of online marketplaces, to change their identity) and enhanced methods to attract unwitting consumers, such as search engine optimisation and the use of copyrighted images from legitimate rights holders to advertise counterfeit wares.

The global problem of online counterfeiting requires rights holders to adopt a robust online enforcement programme. This programme must necessarily take into account the existing legal framework, which is more fully described below.

Attempts at legislative remedies have been unsuccessful in the United States. In 2012 two proposed laws – the Stop Online Piracy Act and the Protect IP Act – were derailed in the face of organised opposition by technology and internet organisations. These bills were intended to provide more robust solutions to counterfeiting and piracy originating outside of – with direct sales into – the United States.

Fujian has since been successfully followed in multiple jurisdictions throughout the United States. The attributes of such an action include:

One of the most controversial aspects of the legislative remedies, which the Fujian-style actions have successfully incorporated, is whether non-parties can be directed to cease providing services to websites selling counterfeit or pirated goods. Since the early 1990s district courts in trademark matters have upheld injunctions that require non-parties (financial institutions) to take action to freeze assets to avoid dissipation of those assets by defendants (see Reebok Int’l Ltd v Marnatech Enters, 737 F Supp 1521 (SD Cal 1989), aff’d 970 F 2d 552 (9th Cir 1992) and Levi Strauss & Co v Sunrise Int’l Trading Inc, 51 F 3d 982, 986-87 (11th Cir 1995)). A court’s authority to order such injunctions lies in its equitable powers: 15 USC § 1116(a) provides that “[t]he several courts vested with jurisdiction of civil actions arising under this chapter shall have power to grant injunctions, according to the principles of equity and upon such terms as the court may deem reasonable, to prevent the violation of any right of the registrant of a mark registered in the Patent and Trademark Office or to prevent a violation under subsection (a), (c), or (d) of section 1125 of this title”. In the seminal Reebok decision the Ninth Circuit noted that “it is a per se abuse of discretion to fail to award relief under § 1117 that is adequate to make willful trademark infringement unprofitable” (970 F 2d at 559, citing Playboy Enters v Baccarat Clothing Co, 692 F 2d 1272, 1275 (9th Cir 1982)). Therefore, it is possible that Section 1116(a) might authorise a pre-judgment freeze of a defendant’s assets if such an action were necessary to protect a plaintiff’s right to recovery of Section 1117 profits and damages and to ensure that a defendant may not benefit by wilfully engaging in illegal trademark activity. “[I]n deciding the breadth of [an] injunction the Court should ‘assess all those considerations of fairness that have been the traditional concern of equity courts’” (United States v Broccolo, No 06-CV-2812, 2006 WL 3690648, at *4 (SDNY Dec 13 2006), quoting SEC v Manor Nursing Ctrs, Inc, 458 F 2d 1082, 1102 (2d Cir 1972)). “[W]hen district courts are properly acting as courts of equity, they have discretion… ‘to mold each decree to the necessities of the particular case’.” (United States v Oakland Cannabis Buyers’ Co-op, 532 US 483, 496 (2001), quoting Hecht Co v Bowles, 321 US 321, 329-30 (1944)). In Fujian Judge Hellerstein found that “in an Internet age, the Internet cannot be allowed to be a lawless method of evading court orders. There is a public interest in this Court to protect lawfully-abiding companies in the use of their [intellectual property]”.

One non-party internet registry in Fujian challenged the jurisdiction and enforceability of the court’s injunction, which required the non-party registry to disable certain domain names owned and controlled by the defendants. The registry argued that it was not, as required by Rule 65 of the Federal Rules of Civil Procedure, in active concert or participation with the defendants because it had no relationship with the defendants and had taken no further action to enable use of the domains. The court disagreed, stating: “My injunction, once served on [the registry], should have alerted it to no longer play its role in allowing customers to connect to defendant counterfeiters’ websites, for [the internet registry] would, by continuing to do so, commit an unlawful act, by aiding and abetting in defendants’ counterfeiting activities in violation of United States law.”

Rule 65 provides the authority for requiring third parties to comply with court orders directed towards online counterfeiting. In particular, it provides that a third party which receives actual notice of a court order, by personal service or otherwise, and which is in “active concert or participation” with the defendants, is bound by the order. This is so even if the third party resides outside the territorial jurisdiction of the district court.

In October 2014 the UK High Court issued the first-ever website-blocking order against internet service providers (ISPs) directed towards trademark infringement in the European Union (Cartier International AG v British Sky Broadcasting Limited [2014] EWHC 3354 (Ch)). The claimants – the owners of a large number of UK registered trademarks for Cartier, Montblanc, IWC and other brands (collectively, ‘Richemont’) – sued the five main retail ISPs in the United Kingdom, which collectively have a market share of 95% of UK broadband users. Richemont had previously written to the ISPs complaining that third-party websites were advertising and selling counterfeit goods bearing its marks, but the ISPs refused to take action, arguing that Richemont had not done enough itself to take the sites down.

The court held that each of the ISPs was an ‘intermediary’ within the meaning of Article 11 of the IP Rights Enforcement Directive. In particular, the ISPs had “an essential role in these infringements, since it is via the ISPs’ services that the advertisements and offers for sale are communicated to 95% of broadband users in the UK”. The ISPs’ arguments that Richemont had other means to shut down the websites did not change the analysis, particularly because the website registrants were outside the United Kingdom, mainly in China, and thus Richemont “faced obvious difficulties of jurisdiction and/or enforcement” such that this was not a “realistic alternative measure”.

This landmark decision set the stage to apply Article 8(3) to site blocking throughout the European Union. Article 8(3) can also be used against other intermediaries, including domain name registries/registrars, hosting providers, search engines, payment providers and advertisers.

The groundwork for the Richemont decision was laid down, in part, by prior precedent in the European Court of Justice (ECJ) regarding online intermediaries. Article 14 of the EU E-commerce Directive (2003/31/EC) provides protection for online intermediaries from liability for infringing activity that takes place on their websites. In particular, Article 14 provides that a service provider is not liable where:

Article 14 has been interpreted to protect online intermediaries that act in a purely passive capacity. For instance, in three consolidated cases involving Google France, the ECJ held that Google should be shielded from liability under Article 14 against claims that Google infringed trademark rights through its AdWords programme. The ECJ found Google’s involvement to be “of a mere technical, automatic and passive nature”, and further held that merely rendering referencing services was not enough to trigger liability.

In contrast, in L’Oréal SA v eBay International AG the ECJ held that online marketplaces such as eBay can be found liable for trademark infringement if they do more than merely host the infringing material. In the case at hand eBay had purchased keywords corresponding to the names of L’Oréal trademarks from paid internet referencing services, such as Google AdWords, which had the effect of directing users towards counterfeit goods bearing L’Oréal’s trademarks. The court held that where online operators play a more active role in the infringement, such as purchasing a keyword or advertising offers for sale of counterfeit goods, courts should be given the ability to enter injunctive orders against the online operators to prevent both existing and future infringements.

The Richemont decision may signal a movement in Europe towards greater accountability for online intermediaries. Further, the notice and takedown system put in place by the E-Commerce Directive ensures that, once notified, online intermediaries must act to remove infringing content or may risk facing liability.

As counterfeiters increasingly move their operations online, the need for vigilant enforcement by brand owners is of the utmost importance. The options available to a brand owner are dependent on the legal framework in place. In many instances the actual infringers are anonymous, operating from overseas locations such as China, and refuse to comply with court orders even if they are successfully served. This leaves brand owners reliant on third-party cooperation, an issue that raises both jurisdictional and due process concerns. Fortunately, recent developments in both the United States and Europe confirm that third parties are subject to court orders and legislation targeting anti-counterfeiting. These recent decisions, particularly the site-blocking decision issued in Europe, will hopefully pave the way for additional enforcement options available to brand owners in the future. 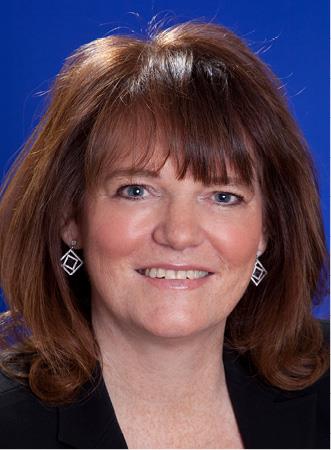 Roxanne Elings is a leading trademark and brand management attorney, concentrating on protecting brands on a worldwide basis and possessing significant experience in anti-counterfeiting and trademark infringement. She represents clients in the fashion apparel, luxury goods, consumer electronics, beauty and entertainment industries.

Ms Elings was ranked by the WTR 1000 (2012 edition) as one of the top attorneys nationally in trademark prosecution, enforcement/litigation and anti-counterfeiting – the only attorney to receive top rankings in all three categories. 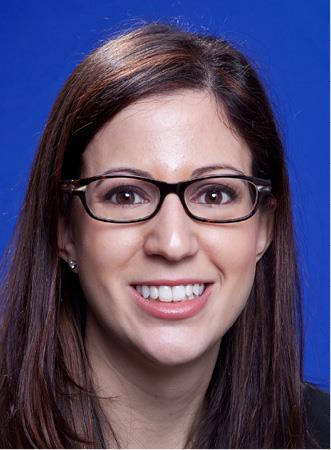 Lisa Keith focuses her practice on federal trademark, anti-counterfeiting and copyright litigation, as well as trademark prosecution. She also handles all aspects of opposition and cancellation proceedings before the Trademark Trial and Appeal Board and assists clients with domestic and international trademark matters, including the selection, clearance, prosecution, registration and maintenance of trademarks. Ms Keith counsels clients on issues involving brand management, domain name disputes and enforcement of trademark portfolios. In addition, Ms Keith is a commercial litigator with experience representing individuals and corporations in both state and federal court.